On November 24, two weeks before the Senate Intelligence Committee released its “torture report,” Reprieve, a UK-based human rights NGO, published the results of its latest investigation into President Obama’s drone strike program. While Obama was preparing for the inevitable release of the Senate’s report which provided the most extensive insight yet into the CIA’s use of torture during the Bush administration, Reprieve provided insights of its own into the Obama administration’s equally disturbing targeted drone assassination program.

Using media reporting and anonymous leaks by US, Pakistani, and Yemeni officials, Reprieve identified 41 men who have been targeted for death as part of President Obama’s personally supervised Kill List.

Reprieve found that each of these men “was targeted and/or reported killed more than three times on average before they were actually killed.” But while these individuals survived several attempts on their lives, others were reported dead. This led Reprieve to ask, “With each failed attempt to assassinate a man on the Kill List, who filled the body bag in his place?”

Reprieve thoroughly answers that question. In attempting to kill 41 identified men, as many as 1,147 people may have been killed or – according to Bureau of Investigative Journalism research – one quarter of the total 4,400 people killed in drone strikes in Pakistan and Yemen.

A further calculation tells us that strikes focused on the Kill List “killed on average 28 other people before they actually succeeded in killing their target.” Reprieve concludes that seven of the 41 men are likely still alive, and one other died of natural causes. If this is true, it would mean that 1,147 people have been killed in order to kill 33 individuals on President Obama’s Kill List – or 35 “other people” for each of the 33.

Twenty-four of the 41 men targeted were in Pakistan. In the numerous attempts on their lives, 874 others were killed of whom 142 were children. This bears repeating. In an effort to assassinate 24 men, 142 children were killed.

There are four individual Pakistani cases in Reprieve’s report that stand out as particularly disturbing. The attempts to target these four resulted in 213 others killed, including 103 children. Three of the four men are likely still alive, and the fourth is the man who died of natural causes previously mentioned.

The principles of distinction and proportionality are recognized as customary law and are codified by the Geneva Conventions. The principle of distinction requires that when determining whether to launch an attack against a perceived threat, civilians must be distinguished from combatants. The principle of proportionality prohibits “an attack which may be expected to cause incidental loss of civilian life, injury to civilians, damage to civilian objects, or a combination thereof, which would be excessive in relation to the concrete and direct military advantage anticipated.”

According to Jeh Johnson, formerly General Counsel of the Department of Defense, the Obama administration has met its legal obligations: “We must apply, and we have applied, the law of armed conflict, including applicable provisions of the Geneva Conventions and customary international law, core principles of distinction and proportionality….”

However, I would argue that the repeated attempts to kill each of these 41 men, despite the large number of innocent people being killed, demonstrate that these were not isolated incidents carried out by rogue drone pilots. Based on IHL’s requirements and the severity of the violations, these could be classified as war crimes.

While the Obama administration claims that IHL is the only law that applies to drone strikes in Pakistan and Yemen, Christof Heyns, UN Special Rapporteur on Extrajudicial, Summary or Arbitrary Executions, has made it clear that “international human rights law continues to apply during armed conflict, as a complement to international humanitarian law.”

This does not mean that human rights law restricts the use of lethal force against known participants in hostilities. What it does mean, however, is that the most fundamental of human rights -— the right to life —- is not discarded when waging war. Yet, the Obama administration has arbitrarily deprived hundreds of children of their lives in attempts to kill 41 men.

Following the shocking murder of more than 130 children by the Taliban in Pakistan, Secretary of State John Kerry said:

“[T]his morning, wherever you live, wherever you are, those are our children, and this is the world’s loss. This act of terror angers and shakes all people of conscience, and we condemn it in the strongest terms possible. The perpetrators must be brought to justice.”

Secretary Kerry and the Obama administration seem incapable of recognizing their own hypocrisy. Apparently, empathy for the loss of innocent lives is reserved for those killed by “the enemy.” Of course, the response to such criticism is easily anticipated: “They [the Taliban] intend to kill innocent people; we only kill innocent people by accident.”

Years from now, will the Senate issue a “targeted drone attack” report? Even if there is a “drone report,” how will our public debate be framed? Will the debate be framed as one over the effectiveness of drone strikes? Or, rather, over the immorality and illegality of treating innocent civilians – including children – as expendable objects?

Unfortunately, I think we already know the answer. 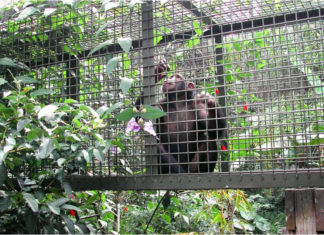 Staff Writer - October 16, 2014
By Robert Young, University of Salford The experience of visiting a zoo is about to change dramatically. The Next Generation Zoo concept is based on...

Six eyewitnesses misidentified a murderer – here’s what went wrong in...

2022’s US climate disasters, from storms and floods to heat waves...