Hospitals and pharmacies around the country are facing severe shortages of essential drugs. These shortages can limit access to critical medications and compromise patient safety, resulting in serious illness and even death. In a 2011 survey, the American Hospital Association reported that 82% of hospitals had to delay therapy due to a drug shortage. And the consequences of drugs shortages go beyond delays. A 2010 report by the Institute for Safe Medication Practices implicated drug shortages in medication errors, adverse drug reactions and several deaths.

I’ve seen this happen while working in a hospital in the Washington, DC area. We were forced to use alternative drugs to sedate and paralyze a patient for placement of a breathing tube because we were out of the standard drugs. And those alternative were being rationed, so we had to change to yet another set of drugs to keep the patient sedated.

Shortages often impact generic injectable drugs, like sodium bicarbonate, the anesthetic propofol and the painkiller fentanyl, but any medication can be affected. For example, during last year’s influenza epidemic, there were shortages of both the influenza vaccine and antiviral medications, contributing to more cases of influenza and complications from the disease.

Providers often memorize details about medications they commonly prescribe or administer. So when alternatives must be used, providers may not as be as familiar with the proper dosing, administration procedures, and contraindications to these medications. All of this can lead to errors.

In one reported case, in a hospital’s gastroenterology suite, there was a shortage of the anesthetic ketamine in the concentration the hospital usually stocked. The pharmacy was stocking a much higher concentration of the same drug because that was the only dosage concentration that they could obtain. The provider did not properly dilute the medication and a patient was overdosed, experiencing confusion and delirium.

Shortages also mean that some pharmacies are compounding products from raw materials. This can introduce calculation and measurement errors during preparation and the risk of microbial contamination. Although unrelated to drug shortages, the outbreak of fungal meningitis associated with injections made at the New England Compounding Center in 2012 highlights the potential risk improper compounding poses to patient safety.

Medication vials that are meant for single use are re-used multiple times, which can lead to microbial contamination and even infectious disease transmission between patients.

And shortages often drive drug prices up several-fold, which can make it harder for patients to afford their medications, sometimes forcing them to go without treatment.

Running out?
Syringe via Africa Studio/Shutterstock

So, why do these drug shortages occur and why are they so widespread? There are several reasons. To cut production costs manufacturing facilities have been consolidated, which means there isn’t much slack in the system when a shortage happens. On top of that there are raw material shortages, manufacturing problems, product discontinuation, and unanticipated demand for medication.

Market factors also play in a role. Making injectable drugs is costly and generic companies do not get as much return on their investment and Medicare pays fixed prices for some generic drugs.

And even though there are significant public health consequences, the US Food and Drug Administration (FDA) has limited authority to address drug shortages. The problem is complex enough, that there isn’t a single solution.

In 2012 some progress was made when Congress passed the Food and Drug Administration Safety and Innovation Act (FDASIA). This act, which builds upon previous legislation, requires all drug manufacturers to report anticipated drug discontinuations and shortages. Although it’s a step in the right direction, the act won’t solve the problem. The FDA does not have authority to require pharmaceutical companies to manufacturer a particular drug and there are no penalties for manufacturers who do not comply with current reporting requirements.

The FDA has a Drug Shortages Program, which it has expanded to play a more active role in managing shortages, and prevent them from happening. On a policy level, incentives should be provided to manufacturers to encourage compliance with good manufacturing practices and early reporting of potential shortages. More stringent reporting requirements for pharmaceutical companies are needed and the FDA should be given enforcement authority. 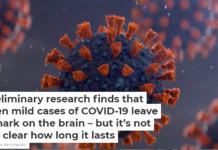 Preliminary research finds that even mild cases of COVID-19 leave a mark on the brain – but it’s not yet clear how long it... 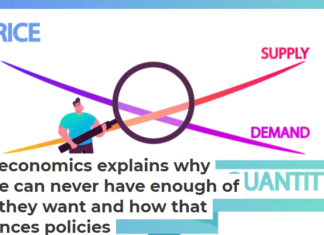 Clap all you like now, but workers with meaningful jobs deserve...