Recent economic proposals to deal with COVID-19, like those summarized by UC Berkeley economist Pierre Olivier Gourinchas, have focused on compensating households and businesses for income losses due to lockdowns and other health mandates, and on minimizing the risk of an unemployment crisis and a financial meltdown.

Such proposals are useful, but they also fail to recognize an essential aspect of the current crisis. The transmission of COVID-19 depends on the decisions of individuals, decisions that are largely economic.

For example, whether contagion accelerates or abates largely depends on the degree of compliance with stay-at-home and social distancing directives. Compliance, however, depends on people’s response to their perceptions of costs and benefits.

As economists, we believe that economic policies can play a big role in how many people get infected by COVID-19 – because such policies shape incentives that influence individual choices.

It comes down to choices

In the United States, official projections of how many people will die from COVID-19 by the end of the summer have fluctuated from a low of 60,000 to more than 200,000. These variations are largely due to differing assumptions about how people will behave.

People’s adherence to lockdowns reflects their evaluation of economic costs and benefits. Imagine, for instance, a situation in which people must decide whether to stay at home or go out to work.

Staying at home involves foregone income; working outside the home implies more contact with others and a higher probability of contagion. A person who is infected can expect not only a loss of income, but also suffering the physical costs of disease or even death.

Just like epidemiologists create models of virus transmission, economists are developing models where the probability of contagion depends on how many people go out to work. But our models also take into account that staying at home or working is an individual choice dependent on current economic conditions and on expectations about future conditions.

For example, if people expect that markets will recover strongly after the pandemic has subsided, they will be less reluctant to stay home today because staying home lowers the probability of being infected and being unable to work when the economy recovers.

Our analysis implies a novel perspective on economic policy.

Consider current proposals for transferring money to those most affected by the pandemic. To compensate for income losses due to lockdowns, the governments of several developing countries like Malaysia or Peru have resorted to cash transfers to lower-income households.

These programs help the poor during this crisis but miss an opportunity to induce people to stay at home, because receiving the transfer does not depend on staying home.

In contrast, enhanced unemployment insurance benefits – a key component of the economic policy response in several countries, including the U.S. – have an advantage that has received little attention. To collect the benefits, workers must stop going to their usual jobs, reducing contact and contagion.

Another idea under discussion in the U.S. Congress – subsidizing internet usage at home – not only would help families with children who cannot attend school, but it would also give them – and everyone else – incentives to stay home. By contrast, subsidies to mobile internet, included in proposals by telecom companies, would provide no such incentives.

Our model also predicts that individuals will be more willing to stay at home during a pandemic if they expect a swift economic recovery once the virus subsides. Intuitively, they will value their health more if they know they’ll be able to work in a post-pandemic world. This is a reason for governments to promise a strong economic stimulus via fiscal and monetary policies once the pandemic is over.

But a government can make such a promise in a credible way only by convincing people that it will not renege on the promise when the pandemic is finally under control and pressures for fiscal austerity reemerge. So the government must have the ability to persuade and earn trust. Institutional strength, leadership and effective communication are critical.

Crafting solutions that consider the incentive effects of economic policy will reduce the costs of the pandemic, both in terms of lives and livelihoods. 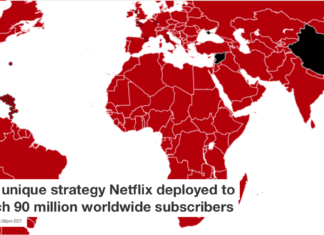 Staff Writer - April 13, 2017
Amanda Lotz, University of Michigan In just a decade, Netflix has grown from a video service with seven million U.S. subscribers to one...