The 2017 Nobel Prize in economics was awarded to University of Chicago’s Richard Thaler for his work in behavioral economics, which is the integration of economics with psychology.

While the award was not a total surprise, since Thaler’s name was floated earlier on the list of potential winners, it highlights the growing importance of incorporating how humans actually behave into economic thinking. It marks the second time a pioneer in the burgeoning field of behavioral economics – which hardly existed a few decades ago – has won a Nobel, the first being psychologist Daniel Kahneman in 2002.

It may be hard to believe, but before these scholars came along, many economists assumed that humans acted like Spock on “Star Trek.” People were supposed to be perfectly rational calculating machines that looked at all the information and made correct choices. However, even a most casual view of the real world suggests this is not a good assumption.

So who is Thaler and what’s so important about his work?

Richard Thaler was born in 1945 in East Orange, New Jersey. He studied at Case Western and the University of Rochester, where he earned a Ph.D. in economics in 1974.

His doctoral thesis offered one of the earliest estimates of the value of saving a life, calculations that governments and businesses use to determine how much they should spend to prevent fatalities. For example, when the government is considering new air quality regulations that will cost companies money, it compares the price tag against the value of lives saved if the changes are implemented.

Thaler estimated that a life saved was worth about US$200,000 in 1967 dollars, or about $1.5 million in 2017 terms. Today, government agencies value a life five to six times higher than that.

Thaler may be best-known for the bestselling book “Nudge,” which he co-wrote with Harvard law professor Cass Sunstein. “Nudge” is credited with inspiring former Prime Minster David Cameron to create the U.K.‘s Behavioral Insights Team, which uses psychological principles to improve the effectiveness of public services. Former President Barack Obama set up a similar group in the White House.

Thaler and Sunstein argue people should not be forced to do things with bans or laws. Instead, small interventions, or nudges, that make the right choice easier are the best way to go. They offer examples such as putting healthy food where people can see and reach it easily while relegating unhealthy options to out-of-the-way spots. Since people usually make the easy choice, moving food around will result in less junk food being eaten.

Another example is making automatic retirement contributions the default choice when someone begins a new job. This means new employees will have to fill out paperwork to stop contributions instead of to start them. As a result, more people save for retirement.

Limits of our reason

Thaler pointed out that because people often can’t solve many problems in their economic lives, they simplify and use rules of thumb. These simplifications, however, lead to strange and sometimes bad choices.

Mental accounting is one area of strange choices that Thaler was the first to identify. Because our financial lives are complex, we mentally put money in separate buckets and spend only the money available in that bucket.

For example, Thaler describes a couple who receives $300 in cash compensation from an airline for lost baggage. The couple takes the $300 and spends it on a fancy dinner. They splurged for the dinner only because, in their heads, they classified $300 as a windfall. But if their salaries had simply increased by a total of $300, they would likely not have splurged on eating out but instead mentally classified the extra money as spending for rent and other bills.

He also won the Nobel for his work on social preferences and fairness.

Thaler, with co-authors Kahneman and Canadian economist Jack Knetsch, showed in 1986 how customers don’t expect companies to maximize profits in all situations. For example, when there’s a blizzard, people don’t expect stores to raise the price of shovels, even though demand will naturally soar as the snow piles up. Thaler and his co-authors showed that customers will tend to punish businesses that do. This is a surprising result since it shows that businesses that maximize profits in the short term, as many do, can be penalized in the long term if customers think the companies are acting unfairly.

This work has relevance today for understanding consumers’ reactions to drug companies pushing prescription drug prices ever higher and to businesses price-gouging after hurricanes. Thaler points out that emotions, like feelings about fairness, are an important but overlooked area of economics.

A third area cited by the Swedish Academy was the contribution Thaler and economist Hersh Shefrin made on ideas about self-control.

The economists noted that people spend money to avoid making poor choices or to avoid engaging in the wrong kinds of behaviors. For example, Thaler and Shefrin wrote that people “pay to go to ‘fat farms’ which essentially are resorts that promise not to feed their customers.”

Individuals not only pay for self-control but also create special rules to ensure they don’t go beyond self-imposed limits. Smokers, for instance, often buy cigarettes by the pack instead of by the carton. This ensures they smoke less each day, even though they pay more per cigarette.

Thaler’s work on self-control is becoming more important as the internet and almost instant delivery make more of the world’s temptations easier to access without waiting. Understanding how people actually operate results in better public policies that can achieve the same results without costing people money.

It’s all about us

The award is worth 9 million Swedish kronor, which at today’s exchange rate is about $1.1 million. Unfortunately for Thaler, since he is an American, the entire award is taxable income – unless it is donated to a charity.

Asked how he would spend the money, he said: “This is quite a funny question… I will try to spend it as irrationally as possible.”

The Nobel Memorial Prize in Economic Science, the only award not created by Alfred Nobel in his will, also brings enormous prestige to the winner. Economist Friedrich Hayek, who won the prize in 1974, said it confers on an individual an “influence over laymen: politicians, journalists, civil servants and the public generally.”

Beyond this influence, why should you care? The list of past economics Nobel Prize winners contains many people whose work is fascinating to economists but whose relevance to the lives of regular people is tenuous.

Richard Thaler’s work, however, has direct relevance for pretty much everyone. His early research helps save lives. His later research helps people save for retirement and helps save us from our own worst tendencies. The Swedish Academy made an astute choice in lauding his work. 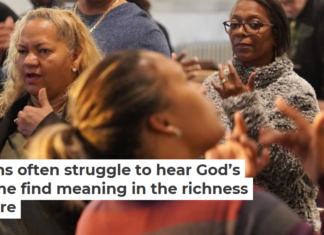 Staff Writer - December 27, 2019
Jana Bennett, University of Dayton For years, my husband would say after we returned from the church, “I thought the sermon was good.” To that,...

Rebirth of Progressivism may breathe new life in labor unions