Empathy on the street: How understanding between police and communities makes us safer

By now, no one is insulated from hearing about incidents of police shootings or violence against police officers. While fatal shootings are thankfully still rare events, this does not diminish the emotional impact of hearing about a violent death.

In the most recent incident, which was caught on camera, we see the tragic last moments of one man’s life as he flees the police. Walter Scott of Charleston, South Carolina, ran from the police after a traffic stop. Presumably, Scott took off because he was wanted on a bench warrant for outstanding child support. As he was fleeing, a bystander caught Officer Michael Slager fire eight times – hitting and killing Scott. Walter Scott did not come home.

In the recent past, Michael Brown and Tamir Rice did not come home to their parents and Eric Garner did not return to his family. New York City police officers Rafael Ramos and Wenjian Liu, killed on duty, did not go home at the end of the day. Along with Walter Scott and the individuals in these other notable incidents, the FBI reports that almost 100 African-Americans and 30 officers are killed each year (in recent years) during police-citizen encounters.

Right now, it might seem impossible to eliminate the us-versus-them mindset that permeates society, but optimistically, I do not think that we are at an impasse.

What we have to do is look at a trait that all humans already possess: empathy.

Empathy has evolved in humans and other mammals over time. It allows us to understand the emotions of others and share in those emotions. Expressing empathy has many advantages: it increases cooperation (we like to help each other out when we feel that we are understood), reduces stress and it may even feel good.

Recent research has examined the role of empathy in police-community relations and reveals that when officers listened and expressed understanding during their interactions with citizens, they were more likely to be trusted, legitimized and deemed effective in protecting the community.

Citizens with whom police empathized were also more likely to believe that the outcome of their interaction was deserved and fair, even if they eventually received a ticket. This was especially true for those who were highly emotional during and after their encounter with the police.

A lack of empathy can also have many undesirable consequences.

Neuroscientist Tania Singer shows that empathy is greatly reduced when someone believes that he or she has been treated unfairly (especially males). Subsequently, the individual is much less likely to cooperate with the person who has wronged them. This is easily translated to findings from police studies which show that when police are unempathetic during encounters, citizens believe that they were treated unfairly.

Over time, the belief that the police are unfair and untrustworthy leads citizens to begin to view the police as less legitimate, making cooperation less likely. What remains from these encounters is an us-versus-them mentality with police on one side and citizens on the other. It is hard to imagine a world where public safety is achieved this way.

It might be hard to imagine why someone would run from the police, as Walter Scott apparently did, or resist arrest or disobey an officer’s orders. An understanding of the history of police-community relations is required in order to comprehend recent incidents. Running from the police is not acceptable, but it is understandable.

Walter Scott was stopped for a broken taillight – something both white and black drivers have likely experienced, but this type of zero-tolerance policing is much more common in poor, minority communities.

The video of Eric Gardner being questioned by officers for selling loose cigarettes on Staten Island demonstrates that over-policing (perhaps with little empathizing) ignores a long history of abuse and neglect in poor minority communities.

One must put oneself in another person’s shoes to understand the fear and dread that is felt when being stopped by a police officer. It takes a little bit of empathizing to understand the challenge of replacing a taillight without money to do so or to pay the ticket that is sure to come.

We can criticize Walter Scott’s actions and even his failure to pay child support which led to his warrant. Or we can put ourselves in his shoes – or in those of someone like him – and try to understand what it’s like being in tough times and why we too might try to evade the police.

Alice Goffman, in her book On the Run: Fugitive Life in an American City writes that “The police and courts become dangerous to interact with” …leading citizens to “avoid dangerous places, people, and interactions entirely.”

This is all too common. Without understanding the context in which many people live, there is little hope we can emerge from these incidents as a stronger society.

Simple steps, such as listening and communicating, can help transform stressful situations into community-building exercises.

Police training should take seriously the importance of empathy and incorporate it into their core curricula. Officers should be trained to recognize and respond appropriately to concerns expressed by citizens and communities.

Such a process should not replace traditional safety and enforcement training, but rather should be a focal point of additional training.

As David Fallon, a deputy chief of police in Somerville, MA, told a reporter:

“Officers need to have empathy today — that’s what society expects from officers and it’s what they deserve, and it’s what people need.”

Civilians should also be encouraged to empathize with officers. Police jobs are potentially dangerous and officers face difficult decisions about the use of force.

It is through this mutual understanding that we can build a society together that is less dangerous, less violent and more equitable. 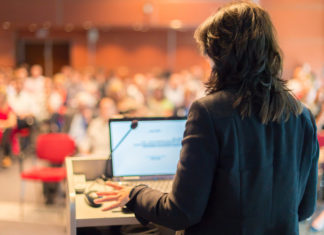 Staff Writer - October 16, 2014
By Julia O'Connell Davidson, University of Nottingham The way that newcomers are initiated into a group can reveal a lot about that group’s values. So...

Why Canadian dads are more involved in raising their kids than...

How parents can prevent and deal with bullying