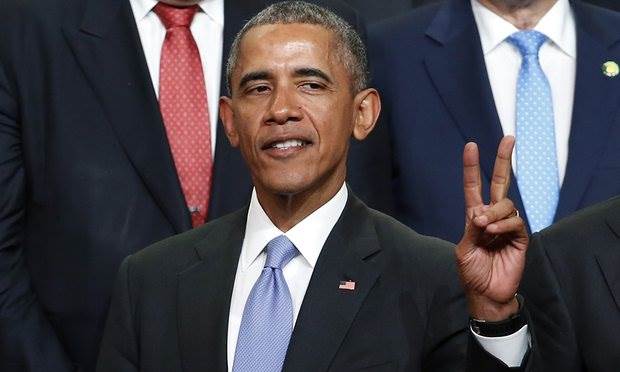 Editor’s note: The Affordable Care Act survived a second near-death experience as the Supreme Court upheld health insurance subsidies for lower-income Americans in states that have not established their own exchanges in a 6-3 vote. We asked politics and health law experts to offer their reactions to the ruling and its implications.

This is a huge win for the government and for the millions of people who receive subsidies to buy health insurance on federal exchanges.

The court relied on the Affordable Care Act’s (ACA) broader context and structure to interpret an otherwise ambiguous provision of the law.

The court could have deferred to the IRS’ interpretation of the statute – which is currently that health insurance subsidies apply to both state and federal exchanges. And that interpretation could have changed under a different administration.

But the court made its own interpretation rather than deferring to the IRS’ similar interpretation. That means a future (Republican) administration cannot reinterpret the ACA to remove the subsidies from the federal exchanges. It also means the political issue of removing federal subsidies with the stroke of a pen is off the table for the 2016 presidential election.

The ACA has now withstood two major challenges at the Supreme Court and a presidential election in 2012. It would appear the ACA is here to stay. There are at least three reasons the ACA is becoming increasingly entrenched:

Behavioral economics describes the principles of “status quo bias” and the “endowment effect,” which mean that individuals and institutions favor maintaining the status quo, especially when one is receiving benefits, over retrenchment or change.

Now that millions of individuals are receiving the ACA’s benefits, there is a significant political inertia against any change that takes those benefits and investments away. The ACA is now more entrenched than it was the first time the Supreme Court upheld it in 2012, and it is likely here to stay.

That loud sigh of relief you hear is coming from the 2016 field of prospective Republican presidential candidates. While Thursday’s Supreme Court’s 6-3 decision to uphold federal subsidies for the Affordable Care Act may have sent President Barack Obama and his Democratic supporters into paroxysms of joy, the feeling of jubilation is probably equally as strong across the aisle.

Think about it. If the Roberts Court had ruled that the health insurance subsidies for people living in states without exchanges were unconstitutional, millions of people at the economic margins would have been left out in the cold.

Which brings us back to the current pack of GOP pretenders to the presidential throne. Now Jeb Bush, Scott Walker, Mike Huckabee, Donald Trump, et al can have their political cake and eat it too. They can still get away with telling their conservative base supporters that Obamacare is ruining America and leading the country down the primrose path of a state socialism without having to come up with a workable and compassionate policy alternative to it.

As an unintentionally ironic Huckabee said in a released statement on the ACA ruling, “Our founding Fathers didn’t create a ‘do-over provision’ in our Constitution.”

To the surprise of some liberal and conservative Supreme Court watchers, Chief Justice John Roberts authored the opinion upholding the subsidies that make up part of the Affordable Care Act (“Obamacare”).

The Roberts majority opinion hearkens back to a day when conservative justices believed in judicial restraint in the spirit of legal scholars like James B Thayer, who argued that only laws that were clearly unconstitutional should be struck down and that the court should generally defer to the other branches.

This decision shows that Chief Justice John Roberts does not fall easily into what could be called the “activist” judicial conservative camp. The paradigmatic example of this is Justice Clarence Thomas, who has said that judicial precedents should be overturned if they are wrong, regardless of the famous doctrine of stare decisis (this is the principle that courts should follow precedent decisions).

This activist conservative camp has also overturned federal laws in cases like Citizens United v FEC (involving campaign finance) and Shelby County v Holder (involving the Voting Rights Act). Indeed, Chief Justice Roberts authored both opinions (although those were constitutional cases, while King v Burwell was about how a part of the ACA should be interpreted, not whether it was constitutional).

Three years ago, in NFIB v Sebelius, Chief Justice Roberts authored the opinion that upheld the constitutionality of Obamacare’s individual mandate provision (requiring most adults to purchase health insurance or face a fine).

Some conservatives thought his opinion there was a last-minute change of mind that reflected unique institutional concerns in a constitutional case. Other conservatives even argued that Chief Justice Roberts would want to rule against Obamacare here in this new case to redeem himself.

Well, the only redemption is that Obamacare survives. Roberts acknowledged that the text of the statute (“an Exchange established by the State”) was ambiguous and that a natural reading might even support the plaintiffs. But he explained that statutory interpretation was not just a matter of reading words out of context.

Roberts said a ruling for the plaintiffs could virtually destroy Obamacare and create a possible “death spiral” in the insurance industry. Everyone’s premiums would go up if the subsidies were lost, so it would not just disadvantage those of modest incomes. Roberts reasoned that it would not be a plausible statutory interpretation to assume that Congress included language that was meant to ensure a law’s own death.

Of course, the dissenters, led by Justice Antonin Scalia, strongly disagreed and argued that the law’s text should be taken literally and not distorted in what they believe is a result-oriented manner.

Yet Justice Scalia especially has problems here. First, he acknowledges in his dissent in this case that a statute’s “context always matters.” Second, in the past, he too has surprised conservatives by authoring decisions that refuse to undermine an entire law because of a single problem. In Gonzalez v Raich, for instance, Scalia wrote a concurring opinion upholding a broad interpretation of the Commerce Clause that made it illegal for two very sick women to grow their own marijuana because the opposite decision would undermine the federal Controlled Substances Act.

Though Gonzalez was a constitutional decision, Scalia’s concurring opinion there shocked many. Perhaps the Roberts opinion in this case has shocked some people as well by its return to old-style Thayer-type conservatism. 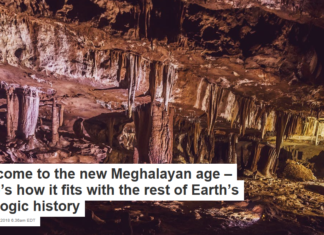 Welcome to the new Meghalayan age – here’s how it fits...

Justice for all: how should the law deal with false confessions?