Sakiko Oyama, The University of Texas at San Antonio

These days, it seems like elbow surgery for pitchers is a rite of passage.

To date, 988 of these procedures have been performed. But in recent years, numbers have skyrocketed. Today, 25% of major league pitchers have had the procedure done, while 40% of all Tommy John surgeries are being performed on adolescent ballplayers.

In order to better understand this trend, it’s important to look at when most professional players began playing the game: as kids.

It’s become increasingly common among youth sport participants to specialize in a sport at a young age. For baseball players, this means picking a position and sticking to it. And if you’ve decided to be a pitcher, it means putting added mileage on the bones and ligaments of a developing arm.

As the numbers show, many are paying the price with surgery down the road. But this is far from inevitable; existing research – along with recent research I conducted with colleagues – presents simple techniques and practices that could help young pitchers avoid injury.

The stress of throwing

While pitching is a whole-body movement, most of the injuries in pitchers take place at the shoulder and elbow joints. This happens because during a pitcher’s stride, the momentum produced by the powerful muscles in the legs and trunk is funneled to the throwing arm.

The momentum transferred to the arm causes the arm to rotate backwards – to the point where the forearm becomes near or past parallel to the ground – and then rotate forward in a whip-like motion.

Pitchers’ joints experience constant stress over the course of games, seasons and years of playing. For this reason, it’s not uncommon to see pitchers with damage to the cartilage, growth plate or tendons even when they’re not experiencing any joint pain.

As the innings add up, the arm wears down. Research shows that pitchers who pitch more than 100 innings over the course of a year and pitchers who pitch in multiple leagues at the same time have higher risk of injury. In addition, throwing with a fatigued arm, playing baseball year-round, and pitching for traveling teams and in showcase tournaments are all linked to arm injuries.

There’s also been more heightened awareness of arm injuries in the medical community, which has led to more diagnoses. Injuries that used to be considered general joint pain and soreness are now being correctly identified as injuries.

While some level of deterioration is impossible to avoid, recent research has identified a number of ways young pitchers can improve their chances of avoiding major injuries that require surgery, which can sideline pitchers for over a year.

To protect a young pitcher’s arm, there are three important things to keep in mind:

Pitch Smart, a website developed by Major League Baseball, offers recommendations for pitchers of differing ages. Throwing too many pitches without adequate rest will gradually weaken the throwing arm, making it more susceptible to injury.

For this reason, the site suggests following pitch counts and rest period guidelines to avoid over-pitching. And because it’s been documented that a pitcher’s arm loses strength and flexibility after pitching in a game, it’s important to do exercises to keep the arm strong and joints flexible throughout the season.

Focusing on good technique – and not compromising technique for speed, especially as the pitchers start to get tired – is also very important. For example, the Pitch Smart site discourages the use of radar gun for young pitchers, as it can shift their focus from technique to ball speed.

But employing good technique is easier said than done. This is because there’s no real consensus on what “good technique” should look like.

“Good technique” is often defined by anecdotal evidence and coaching philosophies, but there’s not enough scientific evidence to support many claims.
Some even contradict themselves. For example, some coaches say having arms in an “inverted W” position during the stride is good, because having the arms in a mirror image helps to maintain balance, while some say this arm position causes a delay in arm movement, which can add stress on the joints. (A recent study found that this “inverted W” position is not associated with risk of surgery in Major League baseball players.)

Another issue is that some movements during pitching that are linked to higher joint loading (such as the angle of a pitcher’s elbow) are difficult to discern with the naked eye – and even video cameras.

Looking at the lean

For this reason, my colleagues and I wondered if there were certain unknown “tells” in the pitching motion that could indicate increased – and unnecessary – joint loading.

In our recent research, we focused on pitchers’ trunk movement pattern that can be identified using video recordings, and studied whether the movement pattern is linked to increased joint loading. Specifically, we looked at pitchers who lean too far to the side when pitching. While it’s normal for pitchers to lean to the side when pitching, leaning too far is anecdotally considered “faulty” technique.

Another study has shown that opening up the shoulders to the hitter too early could increase joint loading.

It’s likely that advancements in video camera technology will reveal more movement patterns that increase stress on the joints. Identifying these patterns will help us better understand what a “good technique” is, and help us prevent injuries in baseball pitchers, young and old.

This article is part of our youth sports series. To read the others in the series, click here.

Sakiko Oyama is Assistant Professor of Kinesiology, Health, and Nutrition at The University of Texas at San Antonio. 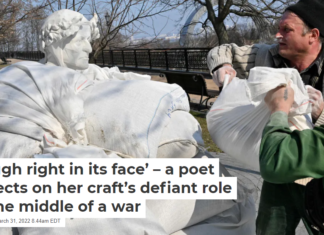