By now you’ve likely heard about psychiatrist and columnist Tanveer Ahmed’s recent opinion piece in The Australian in which he effectively blamed radical feminism for domestic violence.

Others have explained better than I could why Ahmed’s piece was so offensive (as Clementine Ford summed it up, “It is not the job of women to absorb men’s suffering”), but one seemingly tangential fact that keeps cropping up is that Ahmed is an admitted plagiarist, having been dropped by the Sydney Morning Herald in 2012 after a Media Watch story on his habit of copying other people’s work.

Yesterday, the blogger and commentator Ketan Joshi took time out from exposing the silliness of anti-wind activists to do something no-one had apparently thought to do: check Ahmed’s Australian piece for plagiarism.

Busting someone for plagiarism after they suggested men’s violence against women is somehow feminism’s fault for taking away power men were never entitled to in the first place might seem a bit like sending Al Capone up the river for tax evasion.

When he was caught in 2012, Ahmed admitted his copying was wrong, but situated what he did in the context of our contemporary “comment monster” that “needs to be fed”. He has a point: in the age of churnalism, and with the internet desperate for ever-more shareable content to throw into its mighty Clickhole, is copying a paragraph here and there really so bad?

Well, yes, actually, it is; but we need to understand why.

Writers are understandably highly sensitive to plagiarism, both of having it done to them and of being accused of it. Just this month I ended up offending a journalist I admire greatly for cocking an eyebrow too publicly over her piece’s resemblance to one of mine. It was a coincidence (great minds and all that) but the mere suspicion is utterly poisonous for everyone involved.

For academics, it’s even worse: plagiarism is among the worst of sins, and potentially one of the most catastrophic. It’s not so long ago that decades-old plagiarism allegations cost a Group of Eight vice-chancellor his job. An academic who presents the ideas of others as their own is violating the very integrity of the process by which knowledge is generated, and demeaning their fellow researchers. Understandably, we take that pretty seriously.

Students too face enormous consequences for plagiarising, which in the age of essay mills and Google is an irresistible temptation for many, Turnitin be damned. For teachers, it’s hard not to take plagiarism personally, as if the student is saying: “This stuff you’ve devoted your life to? It’s not important enough for me to bother even trying to care about.”

But plagiarism also falls on a spectrum, from outright copying (relatively rare, but occasionally spectacular) to sloppy referencing or missing quotation marks. For every student who’s tried to pull one over you, there’s five more who simply haven’t understood what’s expected of them and hence don’t realise that they’ve done anything wrong.

Ahmed doesn’t have that excuse. He’s been caught before, and he knew even back then that what he was doing was wrong. Still, you might reply, he isn’t writing as an academic, but as a paid columnist. He is not presenting his work as the outcome of laborious and expensive research, nor is he submitting his work to the unforgiving gamut of peer review.

Some of Ahmed’s infractions are actually self-plagiarism, or recycling, which doesn’t rip off another writer. Self-plagiarism is alarmingly easy to do accidentally, particularly where multiple drafts exist or one piece splits into two. Just recently I sent off two academic articles (which had begun life as a single piece) without realising I’d repeated a paragraph in each; it was just dumb luck that I caught it before it got to print.

So, why is Ahmed’s plagiarism a sackable offence?

Using the model of intellectual property we could argue that the misdeed here is selling a product that doesn’t belong to him, either because it was written by someone else, or because, in the case of recycling, he had previously sold it to another publisher.

In short, it’s a type of theft. (That might also explain why self-plagiarism doesn’t seem that bad in cases where no money has changed hands: you’re repeating yourself, but not actually stealing).

From the point of view of the victims – both writers and commissioning editors – the theft model makes a lot of sense. But I don’t think theft alone is the whole story, because plagiarism isn’t just about ownership. I’ve heard stories of students angrily insisting that a ghost-written essay “is my own work – I paid for it, so I own it!”

The effrontery of that response actually gives us some idea of why the “intellectual property” model of plagiarism doesn’t quite yield a full understanding of what’s wrong with it. Plagiarism isn’t just a form of theft; it’s also a form of insincerity.

That may sound odd: surely the plagiarist is sincerely agreeing with what they’ve copied? But sincerity is not just a matter of saying something you take to be true. The 20th-century philosopher K.E. Løgstrup spoke of insincerity as violating an “openness of speech” that we reasonably assume from others: we expect that their words are “new”. By “new” he meant that they weren’t calculated or premeditated but were spontaneous, sincere, without guile. “Old” words put up a barrier between speaker and hearer and thereby frustrate true dialogue.

The late Robert C. Solomon, in developing the idea of sex as a form of communication, argued that perverted sex is to sex as insincerity is to language: using language to frustrate communication by obfuscating or concealing what you really think or intend is perverting the very function of language.

Plagiarism, in a sense, disrupts the contact between the author and the reader. It insinuates someone else’s “old” words between us. We come to an article wanting contact with the author’s mind, not a collage of other minds they’ve assembled to hide behind.

Plagiarism is theft, but it is also a failure to, in E.M. Forster’s phrase, “only connect!” The need to feed the beast shouldn’t distract us from that task of connecting. 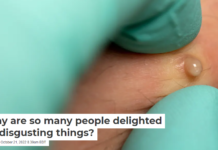 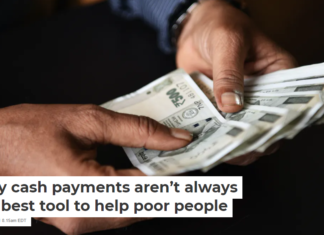 Staff Writer - March 17, 2021
Heath Henderson, Drake University The concept is simple and seductive: Give people cash, lift them out of poverty. It’s...