Bringing together great academic minds and diverse perspectives from different disciplines can transform university research. A recent project at Durham University called “Hearing the Voice” began life as a primarily medical exploration of the “problems” confronted by people who hear voices. But by including anthropologists and historians as part of the research team, it has now opened up new avenues for thinking about the experience of hearing voices. Another project: “The Ordered Universe”, a collaboration between historians and physicists to co-translate the writings of bishop and theologian Robert Grossteste, has revealed the extraordinary sophistication of science in the medieval period.

In a recent piece on The Conversation, Amber Griffiths made a persuasive call for higher education to break free from its disciplinary boundaries. She pointed out that students now need to learn from a whole range of disciplines if they are are to go on and tackle the global problems such as climate change that individual subjects cannot solve.

Many excellent interdisciplinary programmes do exist. But although universities and funding bodies pay lip-service to the importance of multi-discipline research, we argue, in a new Leadership Foundation piece that there is a long way to go before the reality matches the rhetoric.

One reason that interdisciplinary research has not managed to reshape university infrastructures effectively – through appointments, promotion, research evaluation, funding streams or departments – is because it is seen as a peripheral concern. Yet the historical roots of the university and philosophies of learning point to a radically different idea of its importance at the heart of the academy.

Theologian Nicholas Lash urged academics to recall the foundational connections underlying all disciplines: “Notwithstanding the accelerated fragments of specialised academic activities, we trample in each other’s territory… whether we want to or not”. Lash’s claim is that cross-disciplinary thinking returns us to our contemplative core and, by regenerating intellectual flows between disciplines, creates new, rather than merely parallel, conversations and outcomes.

Academic “subcultures” differentiate themselves from each other by focusing on particular domains and developing exclusive languages. The identities of academics in different disciplines therefore rely on what sociologist and philosopher Pierre Bourdieu termed “distinction” – an active process providing a sense of belonging as well as social capital in the form of academic status, resources, security and intellectual or political influence.

In an academic environment dominated by the neo-liberal ideologies of a market-driven economy, a lot of value is invested in the search for competitive advantage. In a commodified higher education sector, thinking in a more co-operative interdisciplinary way is potentially subversive. Yet as well as delivering the comprehensive grasp of technology, global politics and culture that is needed to address complex social and environmental issues, such thinking takes learning back to its roots.

Real commitment to interdisciplinary research requires different approaches to leadership, academic practice and resource distribution. A competitive environment encourages the everyday use of military or sporting metaphors: “champions” lead “troops” to “capture” grants and intellectual “territory”. A typical example is the formal establishment of a “grant capture team” at Nottingham Trent University to help match ideas with funding opportunities.

But the open exchange of ideas essential to successful interdisciplinary collaboration is not helped by competitive defence of academic territory, nor by aggressive attempts to claim it. Instead, it is enabled by a willingness to put aside individual interests and to risk participation in a generous, collective endeavour.

Such generosity needs to include time commitment, since building a collective research enterprise requires open and patient communication. As well as articulating their work in ways that researchers from disparate areas can understand, academics must also be willing to learn about their collaborators’ ideas and methods.

They need to give each other “permission” to make observations, suggestions and recommendations that transgress disciplinary boundaries, potentially in any direction. Successful interdisciplinary projects announce to newcomers that “trespassers will not be prosecuted”. The confidence to make observations about each others’ disciplines, and the grace to receive them, can provide new levels of understanding. But such comments sit uneasily in universities which may be focused on short-termist reactions to an ongoing funding crisis.

Funders need to catch up

New research structures are required, as much as new leadership and practice. Interdisciplinary institutes and centres can provide space, support for intellectual exchange and a sense of community. Centres exploring topics such as environmental change, water issues or energy use have bridged departments in several UK universities. For example, the Centre for Water Law, Policy and Science at Dundee University, supports visiting researchers from a range of disciplines to look at issues such as flooding and the impact of climate change and land use on groundwater.

Institutes of Advanced Study, such as the one we have developed at Durham University, provide more radically innovative spaces, connecting every subject area across the university and offering fellowships for visiting researchers.

But the infrastructures of evaluating the quality of research in higher education, managed through the Research Excellence Framework and by the UK higher education funding councils, remain fragmented along disciplinary lines. This means there is currently little capacity to support the more transformative exchanges of ideas that are so essential to the vitality of the academy.

Veronica Strang does not work for, consult to, own shares in or receive funding from any company or organisation that would benefit from this article, and has no relevant affiliations. 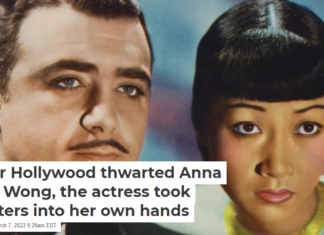 Staff Writer - March 7, 2022
Shirley J. Lim, Stony Brook University (The State University of New York) The U.S. Mint will, over the next...