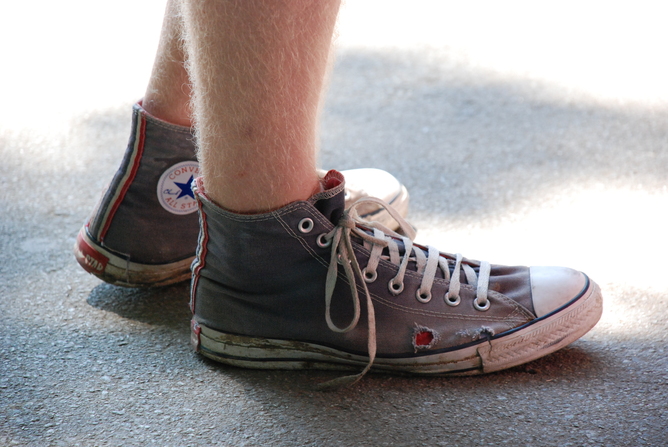 Converse is taking action to protect its famous All Star sneakers from alleged imitators.

The product in question is the All Star Chuck Taylor shoe that was first marketed by Converse in 1917. The trainers are named after Converse’s popular spokesman, Chuck Taylor, a basketball player, who joined the company a few years later as a salesman.

Converse claims that some companies have created their own loosely inspired versions of the Chuck Taylor shoes. Since 2008 Converse has sent more than 180 warning letters to alleged imitators, yet it seems that just sending these cease-and-desist letters has not worked so far.

This is why Converse has now filed several lawsuits with a New York Federal Court for monetary damages against 31 companies, including Wal-Mart, Skechers, Ed Hardy, Ralph Lauren and Fila. It has also filed a separate complaint with the International Trade Commission against imitators (including four companies based in China) in order to stop the import of the alleged knock-offs into the US.

Converse claims that its competitors are trying to confuse consumers by producing and distributing trainers which imitate the core elements of its widely recognisable shoes. These are the white rubber cap on the toes and the black stripes and diamond pattern on the sole.

The argument is basically the following. These features have been registered by Converse as trademarks, as they are highly distinctive. In other words, consumers recognise those features and associate them with a particular trade source, namely the famous company Converse. So if competitors sell shoes bearing those distinctive elements, that means they are trying to pass off their products as being the famous Chuck Taylor shoes, which would amount to trademark infringement.

The companies accused of trademark infringement will probably try to convince judges that the elements that have supposedly been copied – the white rubber cap on the trainers’ toes and the black stripes and diamond pattern on the sole – are not really that distinctive.

It seems this defence is not that strong. Converse has been marketing shoes bearing those features for many decades, and their commercial success have made such elements highly recognisable by consumers. In addition, the Chuck Taylor shoes have been shown in movies (John Travolta’s T-Birds gang wore them in Grease, as did Rocky Balboa, amongst other examples). They have also been romanticised in popular culture, with Nirvana front man Kurt Cobain and the Tenth Doctor from the British television show Doctor Who sporting them. This will have strengthened their distinctiveness and recognition in the market.

Distinctiveness is indeed a key factor in trademark law. Brands and features that are distinctive can be registered and therefore protected against imitators. Trademark distinctiveness is rewarded because it helps consumers understand which goods and services come from where, thereby ensuring that consumers receive consistent quality.

But distinctiveness may be lost if trademark owners do not react against imitators. The unchallenged use of a sign or certain (initially distinctive) features by competitors for a prolonged period of time brings with it the risk that this sign or features lose their distinctiveness and become no longer capable of being associated with the original owner.

Converse might well have risked this, had it failed to bring legal action against the companies allegedly copying their designs. Failure to react against these companies amounts to a sort of tolerance of the alleged infringing activity. So, a lack of action on the matter would have given the impression, legally, that Converse accepted, and even legitimised, the production and sale of imitations.

But this has not happened. Converse has not only taken action, it had also previously sent 180 cease-and-desist letters related to the issue since 2008.

So how will the company proceed and what could it achieve? Converse can either push for an out-of-court settlement or, if negotiations fail, wait for the court’s decision. In either circumstance, Converse’s aim will be simple – to stop the sale of alleged imitations and receive damages from the defendants.

Enrico Bonadio does not work for, consult to, own shares in or receive funding from any company or organisation that would benefit from this article, and has no relevant affiliations. 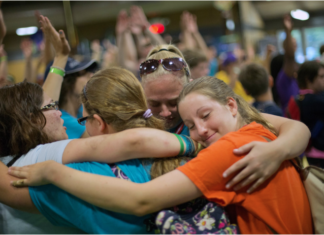 Staff Writer - June 10, 2017
Michael Okun, University of Florida Tourette syndrome is a mysterious medical curiosity that has puzzled doctors for more than a century. People who have it...

Too good to lose: how to reverse the species declines at...