In January, the New York Times highlighted how insecticide treated nets meant to protect people from mosquitoes and malaria are now being used to haul fish in Africa. Among those using these nets to catch fish, hunger today is a bigger risk than malaria tomorrow.

For those who have experienced life in countries like Nigeria, where malaria is endemic, the report does not come as a surprise. The nets are an important tool for preventing malaria, but without investing in infrastructure and engaging effectively with communities, it’s hardly surprising that these nets are not always used as intended.

How do insecticide treated nets work?

The use of bed nets as protection from mosquitoes dates back to antiquity. Cleopatra is reported to have used them. But insecticide treated nets (ITNs) only became available in the 1980s. Those nets needed to be re-impregnated with insecticide every six months. Recently, long-lasting insecticidal nets (LLINs), which last up to three years, have replaced ITNs in most countries.

The fabric of an ITN or LLIN protects those sleeping beneath it from physical contact with blood-sucking, parasite-transmitting insects. And the impregnated chemicals kill any mosquito that dares to get too close. These nets are so successful that they have been shown to reduce the death of children under five years of age from all causes by about 20% in several community-wide trials on the African continent.

Because LLINs have been associated with sharp decreases in malaria in countries where high usage has been achieved, the World Health Organization (WHO) now recommends that they are distributed to and used by all people (“universal coverage”) in malaria endemic areas including most of Africa, Central America, South America, the Middle East and South Asia. LLINs are most commonly distributed through mass campaigns approximately every three years and they are usually given out free of charge.

How are nets being used in Nigeria?

Yet looking at Nigeria in particular – a country we are intimately familiar with – many researchers have found that levels of proper net usage are not very high. And fishing is only one of the many unapproved uses. ITNS and LLINs are also used as door blinds, window curtains, blankets, ceiling covers, tablecloths, and even as decorative dressing for weddings and burial ceremonies. Creative use of the nets is not confined to Nigeria – researchers have reported a similar pattern of mosquito net misuse in Ethiopia.

Nkechi Onyeneho, a Nigerian sociologist, says that the use of nets as window blinds or curtains in an attempt to protect everyone in a household may be a pragmatic approach if there are not enough nets for everyone to sleep under one. Onyeneho also found that low usage was associated with ignorance of instructions for use, a fear of the unfamiliar technology and with spousal disagreement. She even reports that, in some households, men monopolize the nets while the women and children sleep without them.

But this misuse might be somewhat effective. A systematic review from 2014 shows the potential for insecticide-treated screens and curtains to reduce vector borne diseases.

In another study, Best Ordinioha, a public health scientist, noted that even though most people hung their ITNs over their beds or sleeping mats, only 27.5% of those beds were occupied on the night before the survey. Reasons why included hot nighttime temperatures, low mosquito activity, forgetfulness, tiredness, and disruption of normal sleeping arrangements. Those who did not put up their nets at all had similar excuses. They also pointed to lack of a place to hang the nets, fear of chemical exposure, and the strong smell of the ITNs.

Another study found that as many as a third of respondents admitted to using their ITNs as fishing nets. Even though most participants were aware that the nets were meant for malaria control, only a third slept under them. The problem? Cost as well as inconvenience. Although the nets can be obtained for free, sometimes people must purchase them.

Making nets free is only part of the solution

Even when the nets are provided free of charge, the fact remains that, for many poor people, the fear of hunger trumps the fear of disease. Mr. Ndefi, the Zambian fisherman quoted in the New York Times, summed it up well: “I know it’s not right but without these nets, we wouldn’t eat.” This is the reality for millions in Nigeria who live on less than a dollar each day.

The solution to the global malaria scourge goes beyond the use of ITNs, LLINs, and other well-meaning public health measures. It begins with lifting people out of poverty. It’s only when people can meet their basic needs that health and safety become important. Public health programs continue to fail in countries like Nigeria because of poverty in the midst of plenty.

Here, infrastructure development is critical. Electricity, potable water, usable roads, primary health care, universal basic education and broadband internet connectivity are the tools for poverty eradication. Most fishermen who can afford a regular fishing net do not misuse their ITNs. But some still do, and this is where grassroots participation in public health policy becomes essential.

When people are participants in the decision-making process, they are more likely to comply with policy. If the decision to distribute ITNs was made after consultation with primary communities, and collective resolve was made to use the nets appropriately, there would be far fewer cases of misuse.

Community engagement also creates room to address fears and correct misconceptions about public health programs. But certain concerns such as those related to the toxicity of the chemicals used on the ITNs are not easily dispelled. Here, there is a real need for community based participatory research that lets affected groups become part of the solution. And of course, there remains a need for further research for insecticides that are more human and environment friendly. 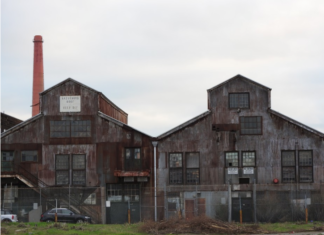 Cleaning up toxic sites shouldn’t clear out the neighbors