While surveying the Hawaiian island of Kauai in search of invasive plants in 2017, botanist Kelsey Brock spotted something unusal: a few nonnative species of figs seemed to be settling in.

As people traverse the planet for trade or travel, they bring a slew of species with them, many of which establish a foothold in a new place and may eventually replace the local native species. But because of a quirk of fig biology, my colleagues and I wondered how these figs could be reproducing to form new populations on Kauai.

Fig pollinators have long been famous for being limited to single fig species. Yet our investigation into Kauai’s establishing fig species upends a long-held belief about figs, because we found that one fig pollinator is pairing with multiple fig species that it never pollinated before.

The strangeness of figs

What’s commonly regarded as a fig’s fruit is actually a closed capsule with flowers inside – technically an inside-out inflorescence. A fig tree therefore has a logistical problem: how to get its enclosed flowers pollinated so it can produce seeds that can grow into new trees.

The solution is that a fig attracts a specific wasp species by emitting a special aroma. Once drawn to that scent, the wasp must wriggle its way through a nearly microscopic keyhole-like opening to get inside the fig. The wasp then tries to insert an egg into each flower. As they develop, baby wasps rely on the fig’s reproductive cells as food.

But the stalks leading to some of the flowers’ reproductive cells are too long for the wasp. Instead of getting an egg laid inside, these flowers end up pollinated during the wasp’s attempts. They go on to develop into fig seeds.

The few pollinators that enter the fig never leave. In fact, when you eat a fig, you could be eating wasps too. The fig’s opening seals as the pollinated fig matures and the wasps die inside.

When the young wasps emerge from their eggs, the males come first. They’re wingless and scrawny, but they chew through the fig’s outer wall to free their sisters, whom they also impregnate. The males never exist outside of the fig.

The fig and wasp therefore completely depend on each other for survival. Over time, they become better adapted to the partnership. They evolve together, so new fig species are accompanied by new wasp species. Rarely do fig species share a pollinator, and then only between figs that are very closely related and live together.

So how could figs become established on Kauai without their unique pollinators? Did their pollinators also arrive, or was something else going on?

An unusual assortment of figs

Kauai has no native figs. But the island is host to a mix of dozens of nonnative fig species from all over the world, which mostly don’t coexist back in their native ecosystems. A century ago, foresters on Kauai intentionally introduced a few figs, each with its respective pollinator.

To investigate how new figs were getting established without their original pollinators, we gathered numerous figs, both from the National Tropical Botanical Garden and from across the island.

Under a microscope, I pried open each fig to identify wasps and collect any seeds. Most of the figs had none of either, but several species were filled with unexpected tiny wasps and had lots of seeds. Colleagues in George Weiblen’s lab analyzed the DNA of these species to be doubly certain of their identity.

My colleagues Seana Walsh and Dustin Wolkis found that seeds from all the figs with wasps inside could germinate, meaning they’d been successfully pollinated.

We discovered that a wasp specific to the Port Jackson fig from eastern Australia is interacting with two additional fig species on Kauai: the Watkins’ fig and the red affouche.

We analyzed how the traits of figs – like their size and the shape of their openings – correspond with which species the Port Jackson wasp can pollinate. We found that these wasps can interact with figs that have a particular keyhole-like opening. It’s like learning that your house key is really a master key that can unlock homes in another country.

Who gives a fig about figs?

In their native ranges, both figs and wasps survive if they can distinguish their specific partner from all other species, so they fine-tune ways to do so. Yet in ecosystems across the world, other figs and wasps end up using the same tricks to find each other. These similarities don’t matter as long as ecosystems remain separate, but the human-mediated shuffle of the world’s species has resulted in unnatural mixes of species.

On Kauai, new combinations of players in the ecosystem have allowed the Port Jackson wasp to interact with different fig species. Its relationship with the Port Jackson fig is also fundamentally changed because its fate is no longer tied to just this one species – it has options. The Watkins’ fig and the red affouche also now have new avenues of survival.

Our work sheds light on how even a nonnative species that relies on a specific partner for survival can gain a foothold if it encounters another species that can pair up. Researchers previously believed that these incredibly close relationships, long honed by evolution, would be difficult to change. We now know that species with such ties can invade an ecosystem by forming new partnerships and distorting existing ones. 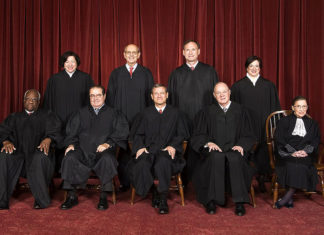 There’s a dark political history to language that strips people of...