By Miles Tight, University of Birmingham

Plans for a new £600m “floating” cycle route along the edge of the River Thames in London have been announced. It is expected to stretch for around seven miles from Battersea, west of the city centre, to Canary Wharf, the financial district to the east. The idea has been put forward by the River Cycleway consortium, a group of architects, engineers and artists.

The construction is expected to rise and fall with the river tides and to have a number of access points along the route. The “motion” of the cycleway will be used to generate energy to power lighting. It is expected that at least some of the funding will come from private finance – a charge, expected to be £1.50 per trip, will be used to cover ongoing maintenance costs of the infrastructure.

In a large, congested city, the Thames stands out as an under-used transport corridor and local authorities want to encourage cycling. Such an expensive and high-profile scheme would help give the idea that cycling is being treated seriously as a mode of travel. So, on the face of it, this sounds like a great idea.

The proposal, however, raises a number of issues and worries, which the plans as published do not seem to adequately address. There does not appear to have been any serious attempt to study demand – who would use it and what sorts of numbers might be expected on a daily basis? In practice it seems the main focus may be on leisure: tourists and Sunday trippers who wish to see the sights of London from an unusual perspective. Will it really appeal to the daily commuter cyclist, especially given the costs of use?

There is a major question mark over the cost; £600m seems very expensive for just seven miles of cycleway. Road-based cycleways typically cost significantly less than this and arguably give far greater value for money.

London is already a growing cycling success story. The capital has more cyclists than ever and has received considerable investment in cycling infrastructure, a public bicycle scheme (the so-called “Boris Bikes”) and support for cycling goes right to the top of City Hall. Focusing investment once again on the capital isn’t really the best and most equitable use of such a considerable sum of money. Compare the £600m with the £77.2m invested by the government in eight cities outside of London (with a further local contribution of £45.4m) through the Cycle City Ambition grants.

The £600m might be better spent elsewhere in the country, or even perhaps in London’s suburbs, areas where fewer people cycle and where dedicated cycle infrastructure is poor or non-existent. In the UK, aside from a handful of urban areas which perform as well or better than London, much of the country has lower levels of cycling and could benefit from investment.

In any case, is this the kind of infrastructure cyclists really want? Recent research has clearly shown that cyclists do not fit neatly into a single category and that their views and ideas for what works best for them cover a wide spectrum. A single, expensive and very geographically focused piece of infrastructure is unlikely to appeal to large numbers and, more importantly, is unlikely to be of practical use to many cyclists.

Perhaps the proposers should start to talk with cyclists and those who currently do not cycle (but might be persuaded to do so) to gain a better understanding of what they want. The answer is likely to be rather more mundane: better cycle paths, lighting, signposting and possibly further controls on aggressive driving.

This isn’t to argue against thinking big – major investments of this type could have a huge and positive impact for many people. But they would have to be focused on something that helps many people, not just the lucky few who fancy a scenic trip to Westminster. 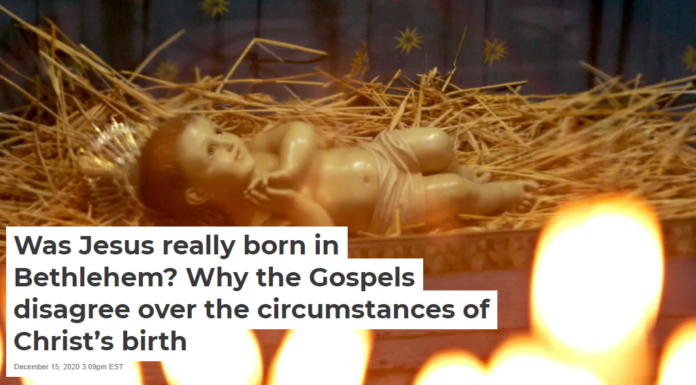 Was Jesus really born in Bethlehem? Why the Gospels disagree over the circumstances of Christ’s birth

Poised to make its next big move, Netflix isn’t in the business you think...