By Clive Trueman, University of Southampton

Fish are acutely aware of sea temperature; it’s one of the key reasons particular species of fish live where they do. As the oceans warm however, many tropical species are moving towards cooler climes. So might the traditional cod and chips one day be replaced by Nemo and chips?

It’s a big question, as the distribution of species across the Earth is one of the most fundamental patterns in ecology. All plants and animals are of course adapted to a limited set of climatic and environmental conditions; if the climate changes, we expect distributions to change. This matters not only because we like to eat many of the species in question, but also because entire ecosystems appear to depend on the number of interacting species present.

In general the tropics have more different species than the poles. This pattern, known as the latitudinal diversity gradient, holds true for plants and animals across the world both on land and in the sea. Compare a rainforest or a coral reef with icy tundra or the Arctic ocean.

As ever in the natural sciences, it’s much easier to describe a pattern than to explain its cause but we do know that temperature seems to have a important role, as solar radiation increases levels of primary production. Temperature impacts the food that species can eat and also their metabolic rates and activity levels.

In aquatic systems, temperature also strongly affects the amount of oxygen that can be dissolved in the water. Changes in temperature, therefore, are very likely to lead to changes in the distributions of marine species, and the current trend of warming temperatures is driving fish away from the tropics and towards the poles.

We need to know what’s lurking round the ecological corner. Miranda Jones and William Cheung of the University of British Columbia have modelled the changes in marine species’ ranges – and by summing up, changes in overall biodiversity – expected under the IPCC’s different climate change scenarios. The research, published in the Journal of Marine Science, looks at the known distribution of around 800 marine fish and invertebrate species, matches their distributions with environmental conditions and then projects where these species are likely to be found under future environmental scenarios.

Similar predictions have been made before and the fishing industry has certainly seen this coming, with infrastructure already being put in place to exploit expected higher catches in Arctic regions. But what is new in this study is an approach combining several different models of species distributions. By looking at agreements between models, the authors identify likely regional hotspots of both extinction and invasion, marked with black diagonal lines in the maps above and below.

However, while the idea of tropical fish invading chillier waters might sound fun, we’re unlikely to eat Nemo and chips in London any time soon.

Temperature (or climate) is not the only limit to a species’ distribution; suitable habitat must also exist. Clown fish such as Nemo need to live in a coral reef and such reefs are complex ecological communities themselves with all sorts of environmental requirements.

At the moment ecological and climate models do not allow us to include interactions between species as additional factors that limit movements. This may significantly alter individual species’ ranges. Competition from well-established resident fish may discourage new arrivals, for instance, or some fish may rely on a different species specifically to feed their young – if the food for the juveniles does not move in the same way as for the adults, then the species range will not change.

While it might be tough to predict exactly how fast things will change, or what it will lead to, the general message from this study is clear: change is coming to marine ecosystems. We can’t take the current distribution of marine life for granted. 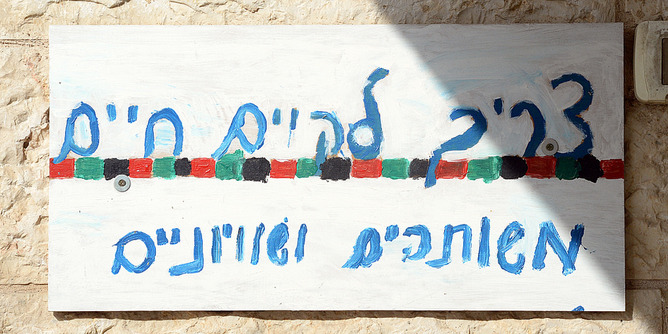 Lessons for Israel on how shared education can bridge divided communities