Dear Possible Attorney General Nominees (You Know Who You Are),

Now that President Obama has put off nominating his new Attorney General until after the Nov. 4 elections, there’s some extra time to immerse yourself in the issues you will confront during your confirmation hearing while, of course, waiting to see if you make the final cut. Right now, you’re probably scrambling through your personal records for the name, Social Security number and address of every nanny or lawn guy your family ever employed. But as you study up on the National Security Agency’s surveillance programs, the War Powers Act, the future of Guantanamo and recent history of voting rights, I’d like you encourage you to bookmark a little something for reading once you’re confirmed.

If things go well, you’ll have about two years as attorney general – a blink of an eye when weighed against the glacial pace at which policies and laws change in Washington. What I’m writing to you about, amazingly, is one thing that you and President Obama can do without the support of Congress. Attorney General seems like an incredibly powerful position but there are actually very few issues on which you, personally, can make a lasting difference. It feels early to begin thinking about your legacy before you’re confirmed, but considering how the last two years of most administrations go, now is actually an excellent moment.

Here’s the details. More than two years ago, ProPublica reporters Dafna Linzer and Jennifer LaFleur revealed that white applicants were nearly four times as likely to receive a presidential pardon as were comparable African Americans. The story appeared on the front page of The Washington Post, our publishing partner. I know, I know, this seems improbable but LaFleur spent many months doing a statistical analysis that eliminated every other factor we could imagine that might explain this disparity. We sent our findings and methodology to several leading experts in the field. All agreed that race was the only factor driving the vast difference. We published our methodology and you can read it here.  Linzer’s reporting on the pardons process suggested that it was far more subjective than you might have thought. We wrote about how race creeps into decision-making even when no one is overtly biased. It’s worth a look.

Given the starkness of these findings, we at ProPublica thought, naively, that your predecessor and his boss would move immediately to address this problem. As I’m sure you’re aware, a president’s authority to grant pardons is one of the only unchecked powers in our constitutional system of checks and balances. When it comes to pardons, President Obama can do whatever he wants.

We were told by several political insiders that the pardon stories did not prompt reform because of their timing. They appeared in late 2011, just as the president was gearing up for what was expected to be a bruising campaign for a second term. It was not considered the politically ideal moment for the nation’s first African-American president to make the justice system fairer for people of color. And so the government did what it so often does in such circumstances: It commissioned a study to see if our findings were correct.

Since all of the data we used came from government records, we wondered why the Justice Department didn’t simply hire some experts to review our conclusions. Department officials said at the time that they preferred to start from scratch.

Moving at a leisurely pace, the government did not even issue its formal request for bidders on the work until July 2012.  The Rand Corporation won the $350,000 contract. The plan was to use pre-sentencing reports sent to the Department’s pardons office. But it turns out that federal court procedures bar the release of the data to outsiders without an OK from each of the chief judges in the nation’s 94 federal judicial districts. You can imagine how long that will take. Rand has asked for an additional $69,000 to complete the study. It likely won’t be done before next year, more than three years after our first story appeared.

Along the way, we did some follow-up stories that suggested the problems in the Justice Department’s pardons office are deeply rooted. Linzer revealed that the pardon attorney, Ronald L. Rogers, had misled the Bush White House about the facts of a request for presidential clemency from Clarence Aaron. (Yes, he’s African American.) An internal investigation concluded that Rogers had fallen “substantially short of the high standards to be expected of Department of Justice employees and of the duty he owed to the President of the United States.” This year, Rogers resigned as pardon attorney.

If history is any guide, you’ll be getting a tsunami of pardon requests in the last months of the administration. It might be nice to have come up with some serious reforms by then to fix a process that is so demonstrably flawed. There are lots of ideas about what could done, from setting up an independent pardons commission to taking the pardons office out of the Justice Department.

Good luck with the confirmation hearings. And remember, two years can fly by a lot quicker than you’d ever imagine. Just ask the folks at Rand. 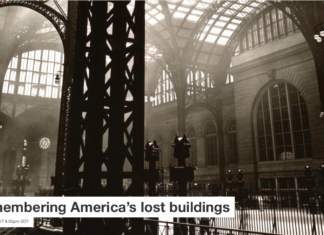