Last night, the ABC’s Four Corners program fed us with yet another 50 minutes worth of emotional, heartbreaking and harrowing testimonies of traumatised survivors of yet another human smuggling tragedy. The sinking of an asylum seeker boat off the coast of Indonesia led to the deaths of 44 people – including four pregnant women and 18 children – in September this year.

The sequence of images from the program followed a similar pattern of media depictions of asylum seeker tragedies. The lifeless bodies. The husband frantically searching for his wife in the aftermath of the “senseless” tragedy. The wailing mothers and the grieving fathers demanding answers in exotic, foreign, alien tongues coarsely translated into subtitles. The wide eyes of an orphaned infant wandering through a room full of adult survivors, none of whom seems to recognise him amid their unrestrained pain.

There are also remains of the brutal wreckage, strategically framed against an almost insulting shot that manages to capture the pristine, romanticised beauty of some distant land.

The intentionally crude tone of the two previous paragraphs should not be interpreted as an attempt to dismiss human suffering. Instead, it is precisely because of the magnitude of human smuggling-related tragedies that the images consistently associated with it must be scrutinised.

The engagement of global media with the smuggling phenomenon worldwide has done wonders at mobilising our moral outrage. And yet, it has been highly ineffective at generating any kind of critical understanding of the causes or implications of the widespread reliance on extra-legal border crossing services. The media has been dependent instead on undiscerning, exoticised and highly racialised representations of migrant and refugee “others”.

Whether it be in Australia, the US-Mexico border, North Africa, the Middle East, the Mediterranean coasts or the frigid waters of Canada, the obsessive repetition of images of suffering, loss and pain associated with human smuggling and circulated ad nauseam by media does always the same.

Media coverage of human smuggling generally follows a set structure with four key points. It consistently fails to scrutinise the role the state plays in creating the conditions of vulnerability that lead to the victimisation and death of migrants and refugees in transit. It also depends on a specific kind of human suffering spectacle, one in which brown bodies in pain become the subject of the global gaze.

The coverage also allows for the re-establishment of characterisations of migrants and refugee seekers (most often people of colour from the “Global South”) as gullible, infantile and unagentic adults ridden by ignorance and tragedy, driven only by a context that is constructed as being limited and self-contained.

Finally, the coverage entirely relies on representations of men of colour as human smuggling facilitators: predatory, greedy and unscrupulous individuals who have no hesitation of victimising their own kind. It is the smuggler who inhabits the dirty crevices where corruption and sin flourish: the places from where he (the term is also gendered) single-handedly, and counting on nothing but the power of a humble mobile phone (or a few), amasses a fortune of hundreds of thousands of dollars upon which he builds his transnational, global empire.

It is also there (wherever that “there” may be) from where the smuggler manages to bring state institutions to their knees. A country’s entire legislative system or police blindly obey his orders, fuelled by their own primitive appetite for the spoils of corruption.

The Four Corners program relied on the representation of Iraqi and Lebanese nationals involved in smuggling as dangerous transnational criminals. They were shown to fly at ease between countries: in Malaysia one day, Indonesia the next, protected (and apparently much feared) by (some) locals.

These are smugglers whose ability to avoid justice means they know no borders. Along the way, they even managed to take advantage of the benevolent Australian asylum system, which having welcomed them with open arms in the past is now the target of their disturbing acts of human trade.

Most of those convicted of human smuggling crimes globally are not the feared Abu Tarek or Abu Saleh of last night’s show. As of March 2012, more than 400 people were facing sentencing for people smuggling. Only four of those arrested had ties to criminal syndicates, revealing refugee lives are not the only ones “devastated by the callous greed of a smuggler” – nor are smugglers the only actors to blame.

We should look beyond the weary rhetoric of the media and not let the images of suffering alone shape our conversation on smuggling.

Gabriella Sanchez’s research on migration and borders has been funded in the past by the US State Department in the form of Fulbright and Boren/National Security grants.

She is currently a post-doctoral fellow affiliated with the Border Crossing Observatory, a research center at Monash University in Melbourne which conducts academic research on irregular migration and border controls.

The views expressed in comments reflect those of the author and do not necessarily reflect the official views of the Border Crossing Observatory or Monash University. 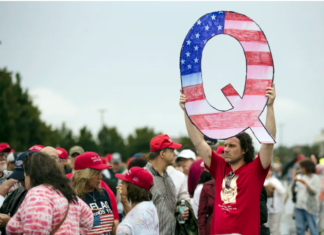 Buying into conspiracy theories can be exciting – that’s what makes...

Staff Writer - July 5, 2022
Donovan Schaefer, University of Pennsylvania Conspiracy theories have been around for centuries, from witch trials and antisemitic campaigns to...