Across the country in Brooklyn’s rapidly gentrifying Crown Heights neighborhood, locals lashed out over a new restaurant with decor that included fake bullet holes and a menu that offered a drink called “40 ounce rosé” (malt liquor and wine) served in a paper bag.

Over the past few decades, gentrification debates have migrated from the pages of academic journals into the streets and the mainstream press.

The word, in many ways, is tinged with negativity. And for good reason. In tight real estate markets, it can lead to development that privileges profits over community and shuts people out of neighborhoods they have lived in for decades.

But what about cities struggling to overcome the threat of bankruptcy like Hartford? How does gentrification look in New South cities like Austin and Nashville, where midcentury urban planning destroyed residential communities and left downtowns largely unoccupied?

While doing research on the economic health of Hartford, one of us asked the head of a downtown Hartford nonprofit about gentrification. Her response? “We could use some of that. But we are so far away from it, it’s not even an issue.”

If residential patterns and urban areas vary, so too must the story of gentrification. In other words: Have big cities hijacked the gentrification debate?

The origins of gentrification

“Gentrification” is a term coined by the British sociologist Ruth Glass in 1964 to explain the return of the middle class to London’s center city.

In the U.S., academics and urban planners first started extensively talking about and debating gentrification in the 1970s. Between 1950 and 1970, urban manufacturing went overseas and white middle-class city-dwellers moved to the suburbs. Concerns over blighted urban centers grew. Sociologists, planners and geographers found new cultural and economic trends to study related to the rise of artist and middle-class loft living and the return of capital investment to urban centers.

Today, the meaning of gentrification no longer refers to the “return to the center.” Instead, it usually means that new and affluent residents or developers are investing in a neighborhood.

This infusion of capital changes the relationships within and between communities. Demand increases and property values rise; poorer residents are displaced as wealthier people move in; new shops appear and the public image of the neighborhood changes. High demand can incentivize landlords to evict residents, at times using egregious practices – like hiring someone to harass renters – in order to escalate rental prices.

Extreme gentrification takes place in the highest-rent, highest-demand places like San Francisco or New York’s Greenwich Village. Rents in New York’s once-booming Bleecker Street have become so astronomical that vacancy is now a problem of too much demand, rather than not enough: Property owners now keep their storefronts empty, hoping a major chain will want to locate in the high-visibility district.

While some neighborhoods experience positive outcomes, gentrification studies are mostly concerned with access to housing, public space and the loss of community. It seems impossible not to view New York, San Francisco, Los Angeles or Boston through the lens of skyrocketing real estate and displaced residents.

What about other kinds of places?

When cities experienced population and economic decline decades ago, some, like New York and Boston, found ways to rebound. Others, like Detroit or Connecticut’s largest city, Hartford, did not.

Hartford continues to experience unusual and difficult financial circumstances. The city has low home-ownership rates and high poverty rates. But maybe more significant is that the city is the state’s capital. Half of the city’s real estate is made up of government buildings, educational facilities or hospitals – all of which are nontaxable. With a US$65 million deficit, Hartford is now on the verge of bankruptcy.

In a deindustrialized small city like North Adams, Massachusetts, for example, gentrification is welcomed. The old mill city near the Berkshire Mountains had its sprawling electrical manufacturing plant, Sprague Electric, transformed into a contemporary fine art museum, MASS MoCA. The museum, in turn, helped transformed the city from a shrinking post-industrial community into an arts and cultural destination. The museum injected $34.4 million into the local economy in 2015, drawing tourists, lowering unemployment levels and creating opportunities for new businesses.

Tourism jobs are not the skilled union jobs Sprague Electric once offered. But without other opportunities, the community welcomes this kind of gentrification. The town was built for 20,000, but only has 13,000 residents. The community wants – indeed, it needs – more people.

There is also what we could call “empty lot” gentrification. Gentrification doesn’t always displace existing populations. Consider cities like Nashville, Tennessee and Austin, Texas, where suburbs bloomed in the postwar era. The center cities never housed the heavy manufacturing of northeastern and Rust Belt cities; until recently, they remained sites of light manufacturing, parking garages and empty lots.

In the early 2000s, former Austin mayor (and real estate entrepreneur) Will Wynn sought to build more residential properties in downtown Austin, and Austin has since seen dramatic residential growth. Empty lot gentrification has its own issues: It can create downtowns for elites. Concerns over gentrification beyond Austin’s city center have grown, and Austin’s famed music venues are getting priced out.

A tale of two kinds of cities

In bloated real estate markets like New York or San Francisco, critics of gentrification see even the smallest changes – a new park or a new coffee shop – as harbingers for inevitable neighborhood ruin.

For cities needing gentrification, the issues are different. The conversation about popular cities has made academics and policy analysts timid about gentrification. Ailing small cities need to increase visibility to attract more people and develop a stable tax-base.

Hardly a call for free market-driven housing policy, there is no reason policies that minimize the negative effects of gentrification – rent control, mixed income housing and limited equity cooperatives – cannot be combined with efforts to attract the middle class.

The gentrification debates should also not blind us to what made New York and San Francisco attractive cities in the first place. The principles of urban activist Jane Jacobs for healthy city life still hold: diverse uses of streets and public places, mixed-use buildings, a variety of economic and commercial opportunities and local excitement about community building.

But simply getting people into the city cannot be overlooked. In North Adams, new opportunities come from investing in the arts. In Pittsburgh, an openness to technical innovation, museums, universities and a dynamic restaurant culture are creating national buzz about a city that continues to lose population. Detroit just hired the nation’s first chief story-teller to help move the narrative away from stale stereotypes. Throughout European cities, night mayors are charged with inspiring excitement around urban nightlife.

Hartford will never become New York. But why not look to North Adams, Pittsburgh or Columbus for examples of a different kind of gentrification?

Weird Wave Coffee, in other words, might be welcomed in Connecticut. 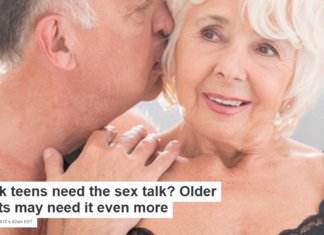