On April 19 of this year, five major wildlife protection groups petitioned the United States Fish and Wildlife Service to list the giraffe (Giraffa camelopardalis) as an endangered species. As the petition asserted, “the giraffe has suffered a major reduction in population size across its range primarily due to habitat loss, commercial overutilization, and severe poaching, and such decline continues unabated.”

If the Fish and Wildlife Service agrees to list the giraffe, a set of legal tools will become available to protect this iconic species. But how would listing in the U.S. help this African mammal, whose population numbers in the wild have dipped below 100,000?

While extinction can be a natural process, the current rate of extinction is anything but. Scientists estimate that at least 99 out of 100 species extinctions in the world today are the result of human action. Although people rarely intend to drive species into oblivion, as with the giraffe, they do so through the destruction of habitat, poaching and legal hunting. As the petition notes, “[g]iraffes once occupied much of the savanna and savanna woodlands of Africa…. [It] has undergone a 36 to 40 percent population decline over the past 30 years.”

More than a century ago, scientists began to notice the disappearance of once prominent species around the world. The American passenger pigeon, the Carolina parakeet and the Great Auk – once well-established in North America – disappeared. Other species like the American bison and many kinds of whales had once played central roles in important ecosystems but had been reduced to small remnant populations.

The existence of species is important to people for many reasons. Sometimes species provide clues for the development of medicines. Often they play a fundamental role in maintaining the functioning of ecosystems on which people depend. As Aldo Leopold – perhaps America’s most famous naturalist – noted,

“If the biota, in the course of aeons, has built something we like but do not understand, then who but a fool would discard seemingly useless parts? To keep every cog and wheel is the first precaution of intelligent tinkering.”

What would you say to a child who saw a giraffe in a book and asked where giraffes lived? Would you be comfortable saying they’re all gone?

In 1964, the International Union for the Conservation of Nature (IUCN) began tracking the conservation status of species on its “Red List.” Although the IUCN provides information only about the status of species, this is the first step in helping to limit extinction because it allows conservation efforts to be directed where they’re most needed.

A few years later in the United States, the federal government began keeping an official list of species in danger of extinction – what we call endangered species – and species likely to become endangered within the foreseeable future – threatened species.

The Endangered Species Act (ESA), passed in 1973, goes further than just identifying imperiled species. Under its terms, listed species are protected from actions “authorized, funded or carried out” by the federal government that may jeopardize their continued existence or adversely affect their essential habitat. Species members are also protected from direct harm by any person. Commerce in species protected by the ESA is generally a crime.

The purpose of the ESA is the “conservation” of protected species. In practice, that means bringing the species back to the point where it no longer requires the protection of the ESA. The law’s goal is not to preserve tiny populations on the brink of extinction but to recover species populations that are resilient enough to survive the bad luck which is so often part of living on the planet.

Listing is the public, administrative process whereby a species can become entitled to protection under the Endangered Species Act. It centers around one question: Is this creature or plant in danger of extinction? At the listing stage, the federal government can consider only scientific evidence in making its decision. Anyone can initiate the listing process via petition.

Evidence suggests the ESA works. A recent report in the Endangered Species Bulletin noted that of the 78 species first listed under the federal precursor to the Endangered Species Act in 1967, only four have been officially declared extinct after half a century. Many others, such as the California condor, the grizzly bear and the whooping crane, have seen remarkable recovery progress. Some, including the bald eagle, have even been removed from the list.

There are now 1,382 species of animals listed under the Endangered Species Act as threatened or endangered; 711 live largely within the borders of the United States. For these species, the federal Endangered Species Act can help preserve habitat, require “consultation” on projects that need federal approval and make most hunting illegal.

American listing for an African animal

The giraffe, of course, is not native to the United States. How would ESA listing help it? The habitat destruction and overharvesting that threaten the giraffe aren’t happening within U.S. borders.

The answer lies in the role the United States plays in buying and selling giraffe parts. According to a U.S. Fish and Wildlife Service database, over the past decade Americans imported more than 21,000 giraffe bone carvings, more than 3,000 skin pieces and 3,744 hunting trophies. If many people want giraffe parts, the demand can be too high for survival of the species. Heightened demand for giraffe products can encourage people to hunt illegally – for example, taking more giraffes than limits allow or hunting in places where it is not permitted.

An international treaty, the Convention on International Trade in Endangered Species of Wild Fauna and Flora (1973), known by its acronym, CITES, also addresses this problem. Countries that are party to the treaty meet periodically to list species that are threatened due to international trade. The treaty has two appendices for listing species: Appendix I results in an almost complete ban on commercial international trade; Appendix II requires all international trade in that species be monitored and subject to permits. The giraffe is not currently listed on either of the CITES appendices, but this does not prevent individual countries – such as the United States – from deciding to limit imports.

Around the world, markets for species parts are sometimes driven by traditional uses – things like carving ivory or using certain animal parts in traditional medicines. New uses fuel demand too; think of newly wealthy businessmen in Vietnam consuming rhino horn mixed with water or alcohol to show how rich they are. Sometimes, the two can converge: An increase in consumption of shark fin soup has been tied to a traditional celebration dish being served by more people as China’s middle class grew.

Listing on the ESA would require the federal government to limit imports of giraffe parts into the United States and would therefore help curtail global demand. The ESA cannot ensure habitat protection or require other countries to take affirmative conservation action to protect the giraffe. But listing in the U.S. would limit one important threat in which Americans do play a role. 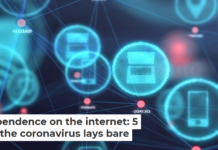 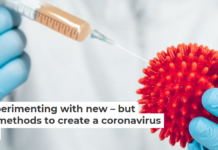 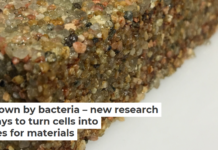 Staff Writer - March 6, 2015
By Josephine Collins, University of the Arts London Peter Oborne’s dramatic exit from his role as chief political commentator of The Telegraph has sharpened the...