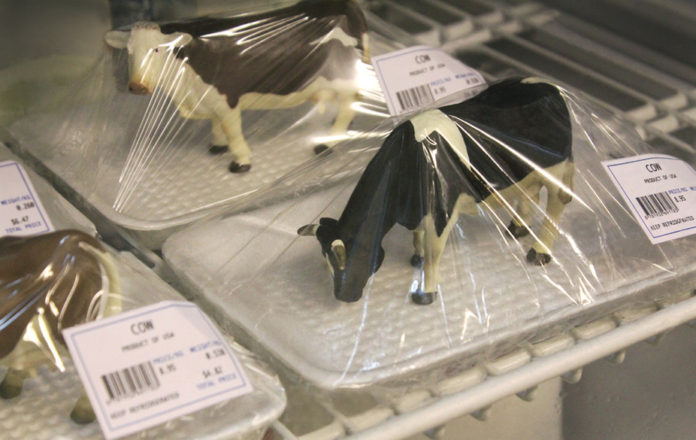 Greenhouse gas (GHG) emissions created by humans are a primary cause of global warming. While carbon dioxide emissions from the burning of fossil fuels and changes in land use make up the largest share of these emissions, non-CO2 greenhouse gases such as methane (CH4) and nitrous oxide (N2O) contribute substantially to overall warming and livestock – and the meat that we eat – is a big contributor.

However, producing countries are not the only ones responsible for emissions: the goods and services being produced are exported for consumption in other countries. In other words, the responsibility for emissions from meat lies with consumers as much as producers.

Along with other researchers we have developed alternative accounting systems that re-allocate GHG emissions from producers to consumers. In a study we recently published in Environmental Research Letters, we estimated the total non-CO2 emissions from beef, pork and chicken consumption in 237 countries between 1990 to 2010, allocating emissions embodied in trade to countries on the basis of consumer demand for meat.

These emissions were attributed to consumer countries after first estimating the livestock emissions produced by the digestive process that leads to methane release in animals, along with manure management and manure left on pasture in the origin country. We then used data from the new FAOSTAT database to work out emissions from the import and export of meat.

The study highlighted the countries with the largest difference between production and consumption emissions and revealed where fluxes of non-CO2 emissions are greatest.

Meat traded to and from the European region did not embody substantial quantities of GHG emissions in 2010.
Dario Caro/Environmental Research Letters, Author provided

Non-CO2 emissions due to production and consumption of beef for the largest importing/exporting countries in 2010.
Dario Caro et al/Environmental Letters Review/Data Wrapper

Non-CO2 emissions due to production and consumption of pork for the largest importing/exporting countries in 2010.
Dario Caro et al/Environmental Letters Review/Data Wrapper

Non-CO2 emissions due to production and consumption of chicken for the largest importing/exporting countries in 2010.
Dario Caro et al/Environmental Letters Review/Data Wrapper

Meat eating and export is going up

We concluded that long-term growth in the international trade of meat since 1990 means that methane and nitrous oxide emissions from beef, pork and chicken produced in one country are increasingly related to meat consumption in a different country. In particular, we found that large transfers of emissions from meat between North American countries, from South America to Russia, and between European countries.

Our findings are important because they quantify the superimposed effects of three important global trends: the growth of international trade; the industrialisation and intensification of meat production; and the increasing consumption of meat.

The overall growth in emissions from the meat trade indicates that the emissions related to increasing consumption of meat are also increasingly disconnected in space from the point of consumption. This spatial disconnect of production and consumption is a challenge for regional or national policies that regulate livestock emissions, because all existing policies neglect any emissions embodied in trade.

The main drivers of meat-related emissions in international trade are the volume and type of meat traded. The trade of beef is the largest source of livestock-related emissions. This is due to the large volume of beef traded internationally and the emission intensity of non-dairy cattle, which is substantially higher than pork and chicken mainly due to greater GHG emissions released during enteric fermentation.

Consequently, beef releases more emissions than pork and chicken per ton of meat traded. Dietary preferences are a strong driver of livestock emissions, with beef generally related to substantially more GHG emissions per ton of meat traded than pork and chicken, and much more than vegetables. Therefore, substituting pork, chicken or vegetables for beef in the diet could reduce livestock emissions. 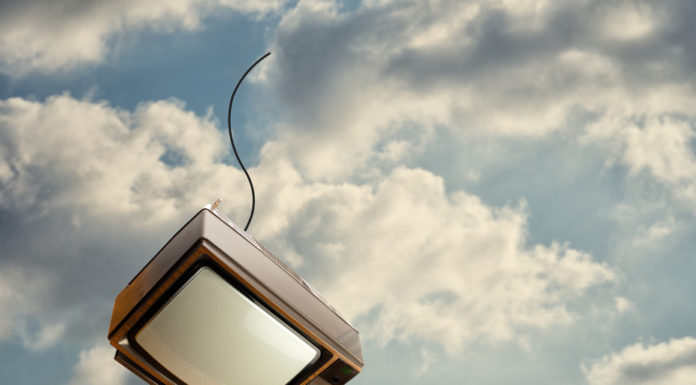 Are people lying more since the rise of social media and smartphones?

Do you need a second booster shot? An epidemiologist scoured the latest research and...

The Great Resignation: Historical data and a deeper analysis show it’s not as great...