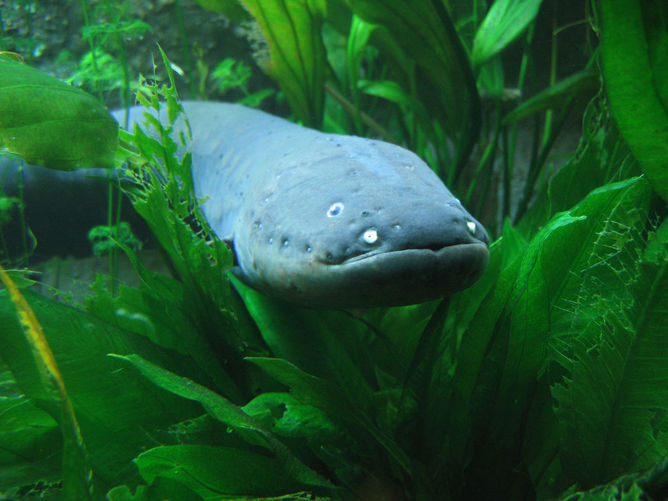 By Verity Nye, University of Southampton

Electric eels can incapacitate prey by producing a stunning 660-volt zap of electricity, but what’s really shocking is how they use that power. The mechanism of the eel’s attack was a mystery, but an experimental study published in the journal Science reveals the shocking predatory power of these fish.

Scientists have discovered that electric eels use shocks to “remote control” their prey, causing involuntary spasms that reveal the target’s location and prevent its escape.

Electric eels – Electrophorus electricus, technically fish rather than true eels – are one of several species of electrical fish but they are the most powerful, with around 80% of their bodies composed of specialised cells that effectively work as biological batteries. They breathe air and surface regularly to do so. A special mucous membrane in their mouths can absorb oxygen from the air, helping them to survive during the dry season.

Electric eels live in muddy freshwater in and around the Amazon and Orinoco rivers and their vision is poor. To sense their environment, eels and other electrical fish therefore send out low-voltage pulses of power which they use like a radar. Electrical eels, however, have evolved a high-voltage charge to defend themselves and to capture prey.

We know how the charges work from the eel’s side of things – they start their attack when the battery cells discharge a high-frequency burst of high-voltage pulses. At 660v, these pulses have several times the power of standard mains electricity.

However, until now little was known about what the eel’s electrical zaps actually did to their prey.

Recent experiments have demonstrated that electric eels have evolved a precise remote control mechanism that takes advantage of their prey’s nervous system.

An eel’s electrical discharges can efficiently induce muscle contractions in fish, as they mimic the electrical pulses that the fish’s own neurons send to stimulate muscle movement. The eel effectively hijacks the target’s neural pathways.

Escape is prevented by further high-frequency volleys of electricity. These trigger massive, involuntary, whole-body muscle contractions in the prey. This shocking predatory strike ensures detected prey can be immobilised and seized.

What’s more, there’s no safe hiding place from this electrical predator. It can emit bursts of charges that cause a massive involuntary twitch in concealed prey (think of how your arm jerks if you brush against an electric cattle-fence).

These charges ask the question: “Anything alive and tasty out there?” The induced response provides the answer, and it also reveals the prey’s location. Nature is yet to come up with a response that allow animals to fight back against the electrical discharges of electric eels.

In South America electric eels are known as poraquê – the one who puts you to sleep, and their oil is used to treat rheumatism, osteoporosis, and insect and snake bites.

Early attempts to understand electricity made use of electric eels. The great electrical pioneer Michael Faraday, for instance, spent a year experimenting on a less potent relative species that he had shipped over from Guyana specially.

Electric eels can also provide some festive cheer and get people all charged up for Christmas. Aquariums including ones in Japan, the US and Canada have been shocking visitors with their Christmas displays – using electric eels to power the illuminations on their Christmas trees. 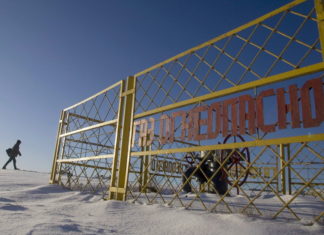