By Matthew Warren, University of Oxford

A few doors down from my house, a man is selling drugs. He has herbs to smoke that could leave me happy and stoned and various white powders to ingest that could keep me partying all night. All this would be totally legal, because he runs my local head shop.

Such easy access means people succumb to buying these drugs. One in five freshers who are starting universities this month have admitted to trying one of these legal highs.

Like many countries, the UK is currently working out how to deal with legal highs, or, to use the proper nomenclature, New Psychoactive Substances (NPS). Over the past decade, the use of NPS has become increasingly common as more and more products and head shops enter the market. But despite being legal, these drugs can often cause major harm to users, and it seems likely that the UK government will soon introduce legislation to control their sale.

The current process of regulation is extremely inefficient. When it becomes apparent that a drug is unsafe, the UK Home Office can place a temporary ban on the substance, which lasts up to 12 months. During this period, the government can conduct a proper investigation into the drug and make a more informed decision about whether to permanently ban it by placing it under the Misuse of Drugs Act.

This is exactly what happened recently to Benzo Fury – a stimulant similar to MDMA – and other benzofuran compounds. After they were implicated in a number of deaths, the Home Office temporarily banned these substances in June 2013. Five months later, following a review from the Advisory Council on the Misuse of Drugs (ACMD), they were added to the Misuse of Drugs Act as class B substances, making them permanently illegal.

But the Misuse of Drugs Act can only be used to ban whatever set of substances you specify. By tweaking the chemical structure of forbidden or existing drugs, manufacturers can quickly create new substances that circumvent current bans. In 2013, investigative journalist Mike Power showed just how easy this is to do, by importing a slightly modified, and so legal, version of the Beatles’ drug of choice, phenmetrazine, from a manufacturer in China. But with little or no data about the effects of these new drugs, they could still prove harmful. The result is a game of cat and mouse in which one substance is banned, only to have another poke its head out of the wall.

It was in this context that centre-right think-tank, the Centre for Social Justice (CSJ), recently released a report on drugs and alcohol. Although the report covers a range of topics, the section on NPS received the most attention in the media. Unfortunately, the report takes a rather sensationalist approach. One paragraph in particular suggests that legal highs would result in more deaths than heroin by 2016. And, predictably, this was echoed in press reports.

“Legal highs ‘deadlier than heroin’” screamed the Telegraph, while the Daily Mail lamented the “national emergency” that was resulting from legal high use.

There is no denying NPS can be extremely dangerous, but the comparison with heroin is disingenuous. The number of deaths associated with NPS use increased from 12 in 2009 to 97 in 2012 (though even these figures are strongly disputed), while deaths from heroin decreased from 1219 to 537 in the same time period. Even ignoring the problems inherent in extrapolating from this kind of data, the comparison seems to reflect a decrease in heroin deaths just as much as an increase in deaths related to NPS.

This scaremongering slant seems designed to back up the hardline, prohibitionist ideas contained in the rest of the report. The CSJ congratulates the UK government for “resisting the naive and dangerous calls for liberalisation of our drug laws” and concludes by calling for a law similar to that in Ireland, which essentially bans the sale of all psychoactive substances, except food, medicines, alcohol and tobacco.

But the harms of NPS are a little more nuanced than the CSJ makes out, and so the solutions are probably a bit more complicated too. A 2011 report by the ACMD highlights the problems with NPS, and it makes for worrying reading. NPS are usually sold with little information about their psychoactive effects or their contents, which vary widely between different substances (and sometimes even within different batches of the same substance).

There is often minimal guidance regarding how much to take, and in fact some NPS are probably toxic at minute doses of only tens of milligrams – a dose equivalent to a few grains of salt. It is perhaps unsurprising, then, that these drugs are destroying people’s health. But does that mean we should just ban them all?

Based on reports that Ireland’s broad ban on NPS has reduced consumption in the country, the answer CSJ wants to hear is “yes”. But these reports mainly consist of anecdotal evidence from doctors in emergency departments. In fact, a recent European-wide survey put NPS use among young people in Ireland far above the European average, despite the fact that the sale of these drugs has been forbidden in the country for four years. Although such sweeping prohibition hasn’t (yet) occurred in the UK, those drugs which have been banned often continue to sell strongly; the banning of once-legal mephedrone, for example, appeared to do little to deter those who were already using it.

It is clearly naive to think that an outright ban on psychoactive substances will make drug use disappear. So rather than promoting an unrealistic prohibitionist approach to NPS, the CSJ would do better to accept that use of psychoactive substances is going to happen whether they like it or not and focus on ways to minimise the harms that these drugs are plainly causing.

A more forward-thinking approach has been adopted by New Zealand. In 2013, their government passed the Psychoactive Substances Act, which brought the ramshackle NPS industry out of the legal – and moral – grey areas in which it was operating, instead recognising the demand for NPS but putting tight regulations on their manufacture and sale. The act shifts the onus of responsibility on to the producers of NPS, who have to test their products and demonstrate that they are of “low risk” to consumers before they are allowed to be sold. It also requires that the products display a list of active ingredients as well as health warnings, and restricts where and to whom the substances can be sold.

The act isn’t perfect, and it is still being ironed out. For instance, it is as yet unclear what will constitute “low risk”. But it is a pioneering piece of legislation that represents a step towards much more sensible, evidence-based drug policy, which treats citizens with greater respect while still attempting to minimise harms.

The authoritarian efforts to prohibit legal highs by groups such as the CSJ, couched in hyperbole and sensationalism and promulgated by the press, seemed doomed to fail, however well-intentioned they are. It is high time we considered other ways to protect users from the harms that these drugs are clearly causing. 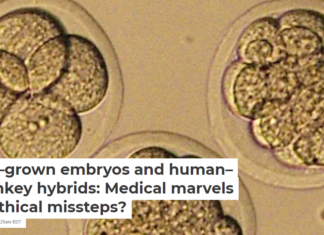