Eating more fruits and vegetables is the foundation stone of any healthy diet, with the national dietary guidelines recommending adults eat two pieces of fruit and five to six serves of veggies and legumes a day.

Juices can be a convenient and tasty way to get some of the health benefits of these foods – but how do they compare nutritionally?

The one clear downside from drinking rather than eating fruits and vegetables is the loss of fibre and other nutrients found in the skin and pulp. But juicing is certainly better than not eating them at all.

Unless you are eating the pulp leftover in the juicing machine, the amount of fibre in a glass of juice is tiny – less than half a gram. Compare that to the roughly two to three grams of fibre in every serve of fruit or vegetable that went into making the juice in the first place.

And because there is always some liquid left with the pulp, there is a small loss of around 10% of the vitamins and minerals that were in the whole food to start with.

Fruits and vegetables also contain lots of natural plant pigments called flavonoids, which have been linked to many health benefits such as cancer prevention and reducing the risk of heart disease. Flavonoids can be found in the skin and pulp of fruit and vegetables, so juicing means that some of these will be lost as well.

In the case of citruses, the whole fruit can contain five times as many flavonoids as an equivalent glass of orange juice.

One other potential downside is that juice is not as filling as eating solid food. And it’s easier to drink the equivalent of many pieces of fruit in a few seconds when eating the same amount would take a lot longer, meaning there is more chance of over-consuming unneeded kilojoules.

To see if juices can lead to differences in appetite and later food consumption compared to solid food, 34 healthy lean and overweight people took part in a 21-week study. At different stages of the study, each person consumed a similar amount of fruits and vegetables (1680 kJ in total) daily in either solid (raw) form or as juices. No other changes to the participants’ diets were made.

When tested in a food laboratory, people who were overweight reported being significantly hungrier after a standard meal when consuming the juice in the lead up to it, compared to when they ate whole fruit. The post-meal hunger feelings of people of a healthy body weight where unaffected by the form of the fruit they consumed.

Having fruit in either solid or juice form before a meal though did mean less of the following meal was eaten, which is to be expected.

Where it gets interesting, though, is that the people who ate solid fruit before the test meal ate significantly less food than those who drank the juice. Looking at how much food was eaten over the entire day, people who were obese ate significantly more food overall when they were drinking juice compared to eating solid fruit.

So, while the overall effects of juice compared to solid foods on feelings of hunger and fullness were small over all, the key aspect was this was magnified in people who were overweight.

Eating whole fruits and vegetables helps keep appetite in check by making you feel full. These same foods are also nutrient powerhouses, and on a weight-by-weight comparison, have much fewer kilojoules per gram than most other foods commonly eaten.

It’s no surprise that people who eat lots of fruit and vegetables are more likely to have a healthy body weight.

For someone who is battling to keep their weight in check, then two simple positive changes to make are to eat more fruit and vegetables, and to eat them from a plate, not a glass. 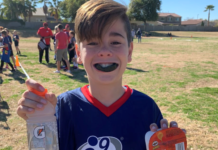 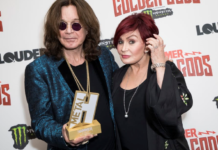 Ozzy Osbourne has a type of Parkinson’s disease called Parkin: A neurologist explains 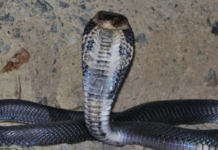