Despite significant gains in gender equity over the last few decades, a bias still reigns in one area of medicine. The lack of female representation in both preclinical studies and clinical trials has put women at greater risk of adverse events from medical interventions. But there’s now light at the end of the tunnel.

Treating women equally as subjects in scientific studies may seem obvious today, when we have evidence of varied disease susceptibility and severity among the sexes. And of differences in men’s and women’s response to drugs and treatment outcomes. But this has not always been so.

Differences between the sexes, or sexual dimorphism, is a key evolutionary adaptation in most species. It has existed in human life expectancy in almost every country for as long as records have been kept: women still live longer, on average, than men. Perhaps that’s partly because suicide rates are three times higher in men than women.

It’s not really surprising that after millions of years of evolution, fundamental differences exist in many aspects of our biology. Differences between the sexes have been documented in cardiovascular disease and stroke, chronic fatigue syndrome, asthma and several types of cancer.

Biological differences between the sexes include variation in genetic and physiological factors such as telomere attrition, mitochondrial inheritance, hormonal and cellular responses to stress, and immune function, among other things. These factors may account for at least a part of the female advantage in human life expectancy.

Rheumatoid arthritis, for instance, is approximately twice as common in females as in males. And a study found that while the relative risk of schizophrenia was greater in men up to 39 years of age, it reversed to a greater risk in women over the age of 50.

The reasons for these gender differences are varied and complex. Behavioural and social issues, such as uptake of smoking and body image, are different between men and women. This may partially explain differences in diseases such as lung cancer and eating disorders.

Normal physiological differences, such as a lower red blood cell count, may lie behind the poorer stroke outcomes in women. Women also tend, though, to suffer from stroke at an older age, which may account for some of the observed differences.

Biological differences also exist within the dopaminergic neurons of the brain and may explain varied prevalence of a number of neurological conditions. Indeed, fundamental genetic differences between the sexes may contribute to males under 20 years of age experiencing higher mortality rates from a wide array of conditions in 17 of 19 major disease categories.

What’s more, men and women differ in their response to drug treatment. Women experience a higher incidence of adverse drug reactions than men, although the reasons for this are not well understood. But we do know female response to many commonly used pharmaceutical agents can be different to males.

Sex differences in body composition are primarily attributable to the actions of sex steroid hormones, which drive gender differences during pubertal development. Oestrogen, for instance, is important not only in body fat distribution but also in the female pattern of bone development, which predisposes women to a greater risk of osteoporosis in old age.

Does it really matter?

For the last two decades, the largest US funder of grants for biomedical research, the National Institutes of Health (NIH), has required studies involving human subjects to test both men and women. But Australia’s NIH equivalent, the National Health and Medical Research Council (NHMRC) currently has no comparable policy.

Medical research in Australia is substantially funded by the taxpayer, with the unambiguous goal of improving health for all citizens. From this viewpoint, there may be a need for policy reflecting that of the NIH’s here.

But the picture changes substantially in light of recent advances in medical science. Current thinking revolves around concepts such as “precision medicine”, which recognises that variability exists not just between the sexes, but between individuals.

So, the goal now is to ensure that every patient receives the correct treatment and dose at the right time, with minimum adverse side effects. Women may have been neglected by medical research for a couple of decades but the march of technology is now bound to take them forward as individuals. 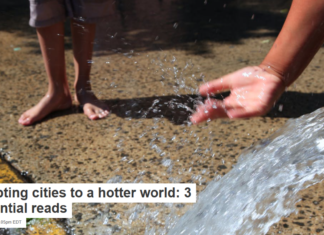 Staff Writer - July 18, 2019
Jennifer Weeks, The Conversation Heat waves can be deadly, especially when they combine high temperatures with elevated humidity levels that make the air feel even...