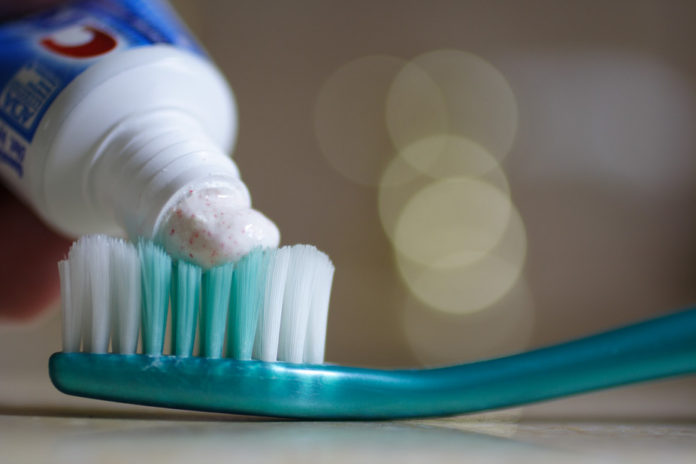 Every day, millions of people around the world wash their skin and brush their teeth with products containing tiny pieces of plastic.

Plastic microbeads are used as exfoliating agents in hundreds of personal care products globally, including face wash, body wash and toothpaste. Products containing microbeads, like all washes and toothpastes, are designed to be rinsed down the drain, and thus trillions of these tiny plastic beads travel to wastewater treatment plants daily.

Due to their small size – some not much bigger than the period at the end of a sentence – many are not filtered by typical treatment processes. As a consequence, billions of microbeads are littered into aquatic habitats via final effluent or sewage sludge. Once in aquatic and marine environments, microbeads can be consumed by shellfish and fish and have already likely made their way back to us through seafood.

Microbeads represent one of the most difficult-to-monitor and difficult-to-clean, yet easy-to-solve, components of the global microplastic debris problem in our marine environments. By banning plastic microbeads from personal care products, we would remove this source of plastic debris from our waterways.

The California Assembly late last month voted to prohibit the sale of microbeads starting in 2020; a similar measure failed in the state Senate last year. Other states and countries have advanced similar – although not as strict – bills to ban microbeads.

Microbeads add to the growing accumulation of microplastic debris.

Like other forms of microplastics, they can persist in nature for decades to hundreds of years, becoming increasingly hazardous as they accumulate a cocktail of chemical pollutants from surrounding water. Many of these are listed as priority pollutants under the US EPA Clean Water Act.

Like microplastics, microbeads are bio-available to hundreds of species of wildlife, which means they can be mistaken for a meal or inhaled through the gills. And research has demonstrated that plastic debris of the same size, shape and plastic type as microbeads can transfer hazardous chemicals to fish and cause toxic effects.

When we (Chelsea Rochman and colleagues) exposed laboratory fish to concentrations of plastic marine debris they might experience in nature, we found increased levels of flame retardants in their tissues. Moreover, these fish showed clear signs of stress in their livers, changes in gene expression related to endocrine disruption and some had lesions or abnormalities in their livers or gonads.

Individual tubes of exfoliating facewash can contain hundreds of thousands of individual microbeads. These microbeads are rinsed down drains and eventually make their way to wastewater treatment plants. Even the most sophisticated wastewater treatment plants have proved unable to remove all of these particles from their water, since many are 0.5 millimeters or smaller in size, smaller than a grain of sand.

Reports have shown that the process of settling solids in sewage can remove up to 99% of microbeads from the final effluent that is pumped into natural waterways. This number sounds good, but even with just 1% of microbeads escaping directly into waterways, we estimate that over 471 million microbeads are released into the San Francisco Bay every single day.

Across the United States, this number is likely to be more than three billion microbeads per day. Finally, the remaining trillions of microbeads that are removed through the settling process may slowly make their way into waterways and natural ecosystems via runoff when sewage sludge is applied to fields or sent to landfills.

It is not going to be simple to solve the global problem of tiny microplastics entering our environment on a massive scale. But if we stop using microbeads in personal care products, we cut off one large source of microplastic to aquatic habitats. Microbeads are therefore the low-hanging fruit and an essential step in addressing the global microplastic debris problem.

We, along with our peers from the David H. Smith Conservation Research Fellowship, recently authored a policy brief to outline the scientific evidence that supports these legislative bans.

Bans on the use of microbeads in personal care products have been proposed in the US, Canada and the EU. For example, legislation has been introduced in over 20 US states, including in California, whose economy is the eighth largest in the world. Such bills have already passed in several states, beginning with Illinois, and now a federal bill is being considered.

Moreover, 66 nongovernmental organizations from 32 countries support the “beat the microbead” campaign, and several multinational companies, including Unilever, Johnson & Johnson and Procter and Gamble, pledged to stop the use or sale of microbeads in their products.

While we applaud proposed legislation and are thrilled to see how the momentum has grown to remove plastic beads from personal care products, we also want to raise concern about some language that has been amended in bills by industry. For example, the recently passed bill to ban microbeads in Illinois defined microbeads as any “non-biodegradeable” compound that does not change in shape “during life cycle or after disposal.”

This language creates loopholes for products that degrade slightly after disposal, and gives no timeline or definition for what is deemed fully biodegradeable. Moreover, these bans often only ban microbeads in rinse-off products, excluding a line of products that are not designed to be washed directly down the drain during use, such as nail polish or makeup.

As such, we point out that proposed bans are one positive step to a larger issue. We look forward to seeing how environmental managers, environmental groups and industry can work together to continue to cut off the source of microbeads to the environment.

In the meantime, consumers should avoid products that use plastic microbeads and instead rely on products using other types of natural exfoliants, such as sugars, salt and pumice. You can also contact your local representative to support a ban on microbeads. 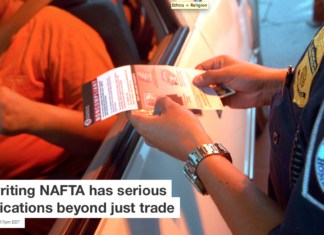 Longer naps in the day may be an early sign of...