The Rosetta mission reaches a defining moment on Wednesday November 12, when its lander, Philae, is released. After about seven hours of descent, Philae will arrive on the surface of Comet 67P Churyumov-Gerasimenko. But exactly where will it land?

As the first images of the comet became available back in June, the European Space Agency (ESA) started work on selecting a landing site. This has to be a trade-off between several factors: the topography of the site as well as the number and size of any boulders around it. Thermal properties of the site must also be considered. The site cannot be tucked away from sunlight, which will prevent the lander from charging its batteries (on the other hand, too much sunshine can damage sensitive instruments).

As Rosetta has come closer to its target, details of the comet’s surface features have become clearer. In September, ESA narrowed the list of landing sites to 10 – labelled A to J. In October, after taking all the above factors into consideration, it chose site J as the primary landing site.

This mission is a historical undertaking, and “Site J” is not a name that is likely to resonate through history. ESA officials realise this too, so the agency has decided to hold a competition to name the landing site. Anybody can enter and suggest a name but reasons for proposal of the name are also a necessary part of the competition. You have until 23:59 GMT on October 22 to get your entry in.

So what is the thinking behind the names that have, so far, been given to the mission? Rosetta is named for the Rosetta Stone, a one-metre high stone recovered from Egypt at the beginning of the 19th century. It is renowned because it contains a single text in three separate languages: including Greek and Egyptian hieroglyphs. It was the transliteration between these three texts that finally allowed translation of Egyptian hieroglyphs and thus massively enhanced our understanding of Egyptian civilisation.

Planetary scientists hope that the Rosetta mission will provide a similar understanding of the origins of the solar system and its component materials.

Philae is an island in the River Nile, just north of the Aswan Dam, the site of a major temple of Isis. It is one of the places where the Greek god Osiris was alleged to have been buried. The entrance to the temple was marked by two engraved obelisks. The hieroglyphics on one of the obelisks could be interpreted because they were accompanied by text in Greek, and this helped in translation of the Rosetta Stone. Just like the Philae obelisk facilitated understanding of the Rosetta stone and thus opened up understanding of the Egyptian world, the Philae lander will facilitate instruments on Rosetta, to open up understanding of the solar system’s history.

So what should Philae’s landing site be called? I feel that it should be given a name which reflects the historical theme of the Rosetta mission. There have been suggestions that the site might be named after the scholars who translated the Rosetta Stone. But given that there were international tensions surrounding publication of the translation, it may not be a useful event to commemorate.

The name Isis – an ancient Egyptian goddess – currently has unfortunate connotations. Osiris and Ptolemy are already recognised in the mission as the names of instruments on the spacecraft. Osiris is also the name of a NASA mission which will be launched to asteroid Bennu in 2016, and bring some of the asteroid back to Earth for analysis.

My submitted suggestion to the ESA competition is Agilkia. This is the name of the island to which the temple on Philae was transferred because it was in danger of damage by flooding following completion of the Aswan Dam. Agilkia, therefore, symbolises a place where ancient material is safeguarded for future generations to investigate, which is, I think, what Philae’s landing site also represents. 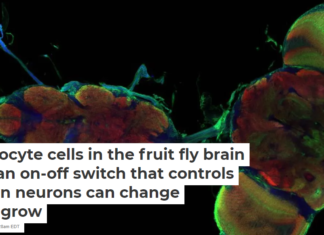 Are we alone? The question is worthy of serious scientific study

Meet the ocean creatures that use a mesh of mucus to...