Despite these trends, there is still a lot of controversy among scientists and the media on the risks associated with home births. This prompted us to investigate the impact of home births on the short-term health of newborns. We found evidence that hospital births were significantly safer in terms of infant mortality but only for those women in the poorer half of the population. For richer women, giving birth at home was just as safe.

Our study used data on 356,412 Dutch women deemed to be in the low-risk pregnancy category who delivered between 2000 and 2008. The Netherlands is an ideal setting to study this question because it is the only developed country where home births are widespread: between 2000 and 2008, about 25% of births took place at home.

In addition, the Dutch institutional setup allows us to investigate place-of-birth effects (home versus hospital) independently from provider-effects (obstetrician versus midwife). This is because Dutch maternity care is based on a system of risk selection where low-risk women can choose between a home or a hospital birth and in both cases the delivery is supervised by a midwife without a doctor being present. In contrast, high-risk women are always required to give birth in a hospital under the supervision of an obstetrician.

The Netherlands is a country where the childbirth system is a major policy issue because the Dutch mortality rate within the first seven days of life (seven-day mortality) is one of the highest in Europe and the contribution of home births to this is hotly debated.

The problem in the raw data

Location of delivery and newborn health outcomes are related in the raw data. Historical data shows that seven-day mortality declined from 4.25 deaths per 1,000 births in 1980-85 to 2.42 deaths in 2005-09, while the share of hospital births increased from 61.25% to 72.06%. In addition, most of the mortality decline between 2000–2008 comes from newborns weighing more than 2,500g, who are more likely to be low-risk and so eligible for home births.

However, these raw correlations can be misleading: even among low-risk women, those who give birth at home or in a hospital may have different risk factors, with riskier deliveries usually taking place in a hospital. Therefore, babies born in a hospital often have more health problems than babies born at home and simple comparisons of these two groups are misleading.

Our study has an innovative solution to circumvent this problem. We noticed that some women end up giving birth at home or in a hospital depending on how far they live from the nearest obstetric ward. For example, women living within 2-4km of a hospital are almost 10% more likely to deliver in a hospital than those living at least 11km away.

Using this observation, we compared two groups of low-risk women who are identical, except that the women in one group have a higher probability of delivering in a hospital only because they live closer to a hospital.

We found that giving birth in a hospital leads to large reductions in infant mortality. Our calculations suggest that the rise in hospital births explains roughly 46%–49% of the reduction in infant mortality in the Netherlands between 1980 and 2009. However, these findings do not equally apply to all low-risk women.

All the mortality reduction we find is driven by births from the poorer half of the Dutch population while in the richer half home births seem as safe for the child as hospital births. It’s not clear why, but it may be because risk selection is more difficult and less precise for women with lower socioeconomic status, for example due to more difficult communication with the midwife.

There are many reasons why a hospital birth may reduce infant mortality, such as: the availability of better facilities and equipment, potentially better hygiene (sterility) or the proximity to other medical services. In our data we cannot pinpoint the precise reason but we do find that infant mortality is even lower among births in a hospital with a neonatal intensive care unit. We cautiously interpret this as evidence that access to medical technologies may be an important channel in explaining the lower infant mortality among hospital births.

One policy implication of our work is that ensuring access to a hospital birth may improve newborn outcomes even among low-risk women living in a developed country. Specifically, our results caution against policies that encourage home births for all low-risk women.

The Netherlands is a country where maternity care is provided using a rigorous process of risk selection based on both past medical history and the current health status and development of the mother and the foetus. The Dutch maternity system is explicitly geared toward home births. Yet, even with a relatively sophisticated model of risk selection, we find that some women classified as low risk benefit from a hospital birth and their babies would have been saved if their mothers had delivered in a hospital.

Low-income women benefit especially from a hospital birth, which may be related to risk assessment. If so, having a good understanding of risk selection must go hand-in-hand with crafting policies about home births.

While home births are less expensive on average, we cannot just mandate home births for all apparently low-risk women because our study shows that hospitals provide valuable services that translate into lower infant mortality. A second policy implication of our work is that low-risk women, particularly the lower-income ones, should be informed about the potential risks of home births. 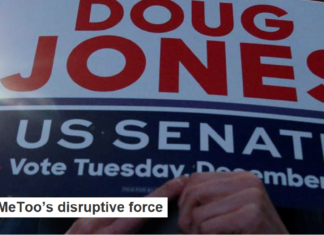 Staff Writer - December 30, 2017
Ashwini Tambe, University of Maryland Roy Moore’s electoral defeat in Alabama is an important victory for #MeToo. Let’s recall that the allegations about his preying...

Microfluidics: The tiny, beautiful tech hidden all around you