The UK’s annual public deficit is predicted to balloon from a previously forecast £55 billion to £273 billion by the end of 2020. This increase is the product of higher government spending to contain the human and economic costs of the coronavirus pandemic, and lower tax revenues linked to the lockdown.

On the face of it, these concerns appear justified. There is little scope for further cuts to public services after a decade of austerity. Economic growth looks unlikely to come to the rescue of the public finances either – even before the pandemic, the UK’s prospects looked grim, courtesy of global economic stagnation coupled with the more localised fallout from Brexit.

The coming slump will reduce UK tax revenues, not increase them. Borrowing is viable so long as the UK can do so cheaply, though without rapid economic growth, debts may prove hard to shift. This would limit the ability of the UK state to respond to future needs. Under the circumstances, renewed interest in modern monetary theory – the idea that governments in control of their own currencies can directly create limitless money in order to fund their spending – is unsurprising.

Yet there is an alternative way in which the government could choose to pay for the pandemic once the recovery is well underway: a one-off windfall tax on the wealth of UK citizens and long-term residents. According to the most recent data released by the Office for National Statistics, UK households own almost £15 trillion worth of net assets. These include property, savings, investments, private pensions and vehicles, less all outstanding liabilities (for instance, mortgages, loans and credit card debts).

A small fraction of that total could cover the forecast fiscal costs of the crisis in their entirety. This would free the government to spend on health, social care, infrastructure, education and regional economic development – all of which the country desperately needed even before the latest crisis hit. Wealth is so unevenly distributed in the UK that the poorest 50% of UK households could be excluded from the tax entirely and the revenues would drop by less than 10%.

Even allowing for dramatic falls in asset values since the onset of the pandemic, and a modicum of tax dodging, I estimate that a relatively modest tax rate of around 3% on the net wealth of the top 50% of UK households could offset the estimated fiscal costs of the pandemic. Most people would pay significantly less, assuming a tax-free allowance equivalent to the average level of wealth.

For example, a couple that owns an average-priced UK home, with no outstanding mortgage and £100,000 of private pension savings, might face a bill of around £1,000 in a one-off wealth tax. And they could opt to have this money deducted directly from their pension savings. Where there is no cash available to pay the charge – for instance, for people who purchased their homes decades ago in neighbourhoods where property prices subsequently went through the roof – the tax could be deferred until the owners decide to sell up. Or the government might take an equity share in lieu of payment.

Some commentators have expressed concern that such a tax could prompt capital flight, as investors seek to shelter their wealth offshore. But that position confuses capital levies with wealth taxes. Capital levies involve charges on all capital held in a territory (all savings deposits held by domestic banks, for instance). A wealth tax targets the assets of a territory’s citizens and long-term residents, irrespective of where in the world those assets are located.

Admittedly, there are still risks that wealthier members of UK society might seek to relocate to avoid the tax charge. This is an objection commonly levelled against annually recurring wealth taxes, albeit an objection for which the empirical evidence is mixed.

Nonetheless, wealthy individuals may well deem the costs of uprooting their lives to be higher than the costs of a one-off tax charge. Practically speaking, they may struggle to rid themselves of UK residency before a one-off wealth tax takes effect. Other countries may introduce similar measures to tackle the costs of the pandemic, further complicating any avoidance strategies. The idea has already been mooted in Germany and the United States, for example.

There are strong ethical arguments in favour of a one-off wealth tax. If the costs of the pandemic were added to the public debt in their entirety, to be serviced out of conventional future tax revenues, we would essentially be saying that those who engage in economic activity after the crisis should pay for the emergency healthcare spending and economic bailout enjoyed by taxpayers today.

That is what happened following the financial crash of 2007-09: incomes earned in the long boom that preceded (and in many ways precipitated) that crisis contributed comparatively little towards the cost of the economic rescue package required in the wake of the crash. By contrast, those who sought to enter or progress in the labour market post-crisis bore the brunt of financing it.

COVID-19 has exposed the inadequacy of the medical and social insurance Britain had in place. The fiscal costs of the crisis would have been substantially lower if there had been proper investment in public services and welfare over the last ten years. We may not have been forced to purchase PPE and ventilators at panic prices to quite the same extent; a less dramatic lockdown would have been needed in order to ration limited NHS capacity; working-age households would have been better equipped to weather a short period of economic inactivity.

Today’s wealth is yesterday’s income and gains, earned while we were failing to make those critical investments. Like anyone who has failed to buy adequate insurance in the past, we face a bigger bill today as a result of our earlier inaction. A one-off wealth tax may prove the fairest way of paying down the costs of the pandemic. 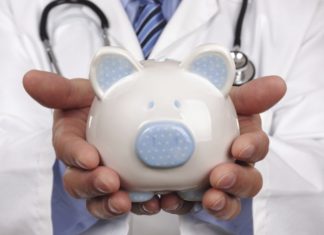 Visiting national parks could change your thinking about patriotism