Glenn, a high-functioning seventeen-year-old with Autism Spectrum Disorder (ASD), comes home from school and tells his mother at dinner, “Allen was mean today.” His mother debates what to do. Should she ask for more details or let the subject drop? She knows that Glenn is not much of a storyteller.

As a researcher, I’ve studied many aspects of the way children develop narrative skills, and have discovered that personal narrative is a common stumbling block for people with Autism Spectrum Disorder.

Fortunately, parents of children with ASD can help them improve these skills, becoming better storytellers and helping them make sense of the world around them.

Personal narrative is a vital part of child development. A child’s ability to tell a story when entering kindergarten predicts fourth-, seventh- and tenth-grade reading abilities. When children interact with pediatricians who want to know how they hurt themselves, they tell a personal narrative. It’s also how children tell parents and other authority figures when something has upset them.

While most children develop narrative without special attention to those skills, some children lag behind their peers and could benefit from assistance. Several years ago, I worked with psychology professor Carole Peterson to develop an intervention to improve the narration of preschoolers at risk for academic underachievement due to poverty.

We randomly assigned half the parents to a program where we told them how important narrative was and how to improve their children’s narrative abilities. The other parents were asked to talk with their children as they usually did. After one year, children whose parents were in the intervention had significantly higher vocabularies than children in the control condition. In two years, the intervention children told significantly better narratives than their control peers.

Individuals with typical development can tell a complete, lively, engaging personal narrative by the time they’re six years old. Autism, however, affects how people are able to tell narratives.

Some people with ASD tell very minimal narratives – like Glenn, above. Others with ASD tell rambling, almost incoherent narratives that mostly involve their own special interests and are off-putting to others.

We invited 10 families with 15- to 25-year-old, high-functioning individuals with ASD to participate in our pilot program. Half were randomly selected for the intervention, half to a wait-list comparison group. We collected narratives from the young people in both groups, along with an assessment by the parents of their child’s narrative ability. During a three-hour training session, the intervention group received a set of instructions, including:

The parents made recordings of their conversations for one year and were then invited back to discuss their experiences. We also collected their post-intervention ratings of their sons’ and daughters’ narrative ability.

Storytelling can be learned

Our pilot research succeeded: Most parents in the intervention group substantially improved their way of talking about past experiences with their children.

A month later, the young people whose parents participated in the intervention produced more elaborate narratives, with some parents doubling the length of their conversations with their children. These parents reported a significant improvement in their child’s narration and were also surprised to see the difference it made in their ability to communicate with their sons and daughters with ASD.

Personal narratives are important for children, but they become even more important as children grow up. They are a key way people form relationships – or even testify in court against those who have wronged them.

There is no such thing as a born storyteller. But with the right strategies, individuals with ASD can be helped to tell better stories. We look forward to expanding our project to document how improvements in narration positively affect relationships between parents and children.

More resources for parents of children with autism can be found at the University of Massachusetts, Lowell Center for Autism Research and Education (CARE). 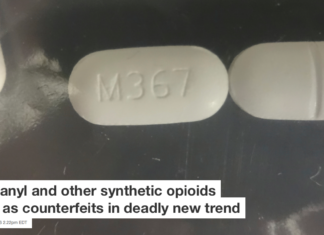 Is it immoral to watch football?