This article is based on a collection of archival stories.

When it comes to energy, perhaps the only thing President Trump loves more than coal is oil and gas. Just a day shy of 100 days into his presidency, Trump is expected on April 28 to sign an executive order to open more offshore oil drilling in U.S. waters.

The move is meant to spur the economy and reverse President Obama’s decision last December to ban drilling from large swaths of sensitive marine environments. Regardless of whether Trump succeeds in overturning Obama’s protections, it’s clear oil won’t be flowing from new offshore wells anytime soon. Why is that? And will Americans even support this promised offshore boom? Our academic experts offer some answers.

Obama used an obscure provision of a 1953 law to “indefinitely” protect 120 million acres of marine environments in the Arctic and Atlantic oceans. Environmental law professor Patrick Parenteau from the University of Vermont explains the legal justification for the ban and why Congress is a critical player in Trump’s plans to open up drilling.

The law “does not provide any authority for presidents to revoke actions by their predecessors. It delegates authority to presidents to withdraw land unconditionally. Once they take this step, only Congress can undo it,” Parenteau writes.

Meanwhile, are oil and gas companies clamoring to get into the Arctic and other offshore sites? Two years ago, Royal Dutch Shell pulled out of the waters off Alaska, citing disappointing results from its exploratory well. It also ran into serious troubles, requiring help from the U.S. Coast Guard, after its offshore drilling rig broke loose and ran ashore. Despite all the technical challenges, though, oil majors have been eyeing the Arctic for decades – and facing opposition to their plans, writes historian Brian Black from Penn State.

“A dramatic emphasis on Arctic drilling reopens debate on the pros and cons of development, arguments that have remained largely unchanged since interest commenced in the 1960s. These include the challenges of technology and climate; impacts on wildlife and native peoples living in the region; and strong resistance from environmental organizations,” Black says.

When it comes to safety, Shell’s about-face in the Arctic was instructive, says Robert Bea, an expert on assessing and managing risk from the University of California, Berkeley. While guidelines for offshore drilling have been updated following the Deepwater Horizon blowout disaster in the Gulf of Mexico, the Department of Interior guidelines do not follow the best available safety processes, Bea says.

“Reliance is being placed on the Department of Interior best practices of experienced-based, ‘piece by piece’ prescriptive guidelines and regulations. These have not been proved or demonstrated to be adequate for the unique drilling systems, operations and environment involved in Shell’s operations in the Chukchi Sea this summer,” he wrote in reviewing Shell’s troubles.

Even with these safety concerns and relatively low oil prices, the industry is moving ahead in the Arctic, in part because of fracking, the drilling technique that revolutionized the energy industry onshore, from Pennsylvania to North Dakota.

“Although it has gone largely unnoticed outside the industry, foreign firms are partnering with American companies to pursue these new possibilities. I expect this new wave of Arctic development will help increase U.S. oil production and influence in world oil markets for at least the next several decades,” Scott Montgomery from the University of Washington wrote recently.

Meanwhile, how does the U.S. public feel about offshore drilling overall? Certainly, few consumers will complain about cheaper gasoline – one of the justifications for boosting oil production. But support for offshore drilling dipped substantially after the Deepwater Horizon spill in 2010, according to an analysis of public polling by David Konisky from Indiana University.

“The fluctuating nature of recent public opinion suggests sensitivity to external factors such as accidents, oil prices, and Middle East politics. But more broadly, one can reasonably interpret the U.S. public as divided on how to achieve the right balance between energy development and environmental protection,” he wrote. 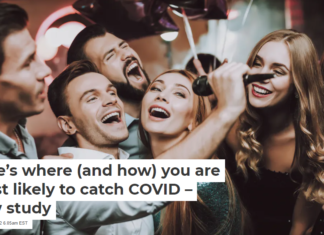