School shootings in the U.S. are at an all-time high. So far in 2021 there have been 229 school shootings, according to the Center for Homeland Defense and Security. The most deadly occurred at Oxford High School in Michigan on Nov. 20 when four students were killed and several others seriously injured.

As the country grapples with the recent tragedy in Michigan, one of the many questions that seems to be on everyone’s mind is: How do schools keep students safe? The Conversation U.S. gathered five articles from its archives that offer insights on how to confront the problem of school shootings.

Before carrying out the deadly attack, the Oxford High School shooter made a series of violent posts online as well as recorded a cellphone video in which he spoke about his desire to kill his classmates. Posting violent content online is often one of the many signs of potential school shooters.

Mia Bloom and Volkan Topalli, both scholars of criminal justice at Georgia State University, explain how online violence can transform into real-world violence.

“Our own assessment of what is publicly known about this material suggests striking similarities between [the Oxford High School shooter’s] behaviors before the shooting and the types of radical online content – manifested in memes, images and gaming platforms – most often associated with violent extremist groups that target and recruit young people,” Bloom and Topalli write.

Other patterns include exhibiting disturbing behavior like drawing violent images in journals, as well as a focus on “perceived enemies.”

“Identifying and getting to would-be shooters before they can move from the hypothetical online world to the physical real world is critical,” the authors write. “Reading those signals and setting up early warning interventions before they turn into a tragedy is critical work for those in public safety and academia.”

The majority of school shooters obtain a firearm from their own homes. This was the case with the Oxford High School shooter who used his father’s handgun in the shooting.

In fact, during the pandemic, more firearms have been kept unsecured in homes with teenagers. This lack of firearm safety – coupled with the rise in gun purchases during the pandemic – puts children at risk, according to Patrick Carter and Marc A. Zimmerman of the University of Michigan and Rebeccah Sokol of Wayne State University.

“During the pandemic, many people, especially youths, have experienced stress and isolation, which increases the potential risk of violence against others or oneself,” they write. “However, one clear action that parents can take to help reduce the likelihood of future tragic school shootings and to keep their teens safe is to ensure any firearms present in the home are secured safely, locked up and unloaded, and out of the reach of teens.”

School shooters are most likely either to be a current student or an alum. This presents an opportunity for schools to identify students who are in crisis to provide the proper counseling.

“In our view, counselors, social workers, peer support networks and small class sizes are what schools need most right now to prevent violence after a pandemic,” the criminal justice professors write. “They can emphasize strong and trusting relationships between students and adults and teach students empathy and alternatives to violence as a means of dispute resolution.”

Many U.S. public high schools conduct safety drills in case of a school shooting. However, these drills are often not as effective as they should be, and some of them have even resulted in people being harmed.

To ensure the safety of students, schools should implement best practices in their drills, writes Jaclyn Schildkraut, associate professor of criminal justice at the State University of New York Oswego.

This means having mental health professionals assist with planned drills and informing students when safety drills will be conducted so students aren’t caught off guard by procedures, she said.

“I believe kids should be prepared, but also that drills don’t have to be scary to be effective,” Schildkraut writes. “Schools can take steps to minimize the anxiety and trauma surrounding lockdown drills and still help students, rather than just their teachers, know how to respond.”

5. A record year in school shootings

With school shootings happening at a record pace, schools are still struggling to protect their students. But they can be prevented, Densley and Peterson argue.

“School shootings are not inevitable,” they write. “They’re preventable. But practitioners and policymakers must act quickly because each school shooting feeds the cycle for the next one, causing harm far beyond that which is measured in lives lost.” 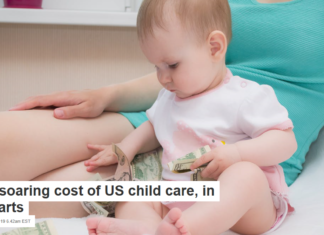 Staff Writer - February 22, 2019
Heidi Steinour, University of South Florida The cost of having children in the U.S. has climbed exponentially since the 1960s. So it’s no wonder the...