Since 1947, one topic in education has regularly come up at the Supreme Court more often than any other: disputes over religion.

That year, in Everson v. Board of Education, the justices upheld a New Jersey law allowing school boards to reimburse parents for transportation costs to and from schools, including religious ones. According to the First Amendment, “Congress shall make no law respecting an establishment of religion, or prohibiting the free exercise thereof” – an idea courts often interpreted as requiring “a wall of separation between church and state.” In Everson, however, the Supreme Court upheld the law as not violating the First Amendment because children, not their schools, were the primary beneficiaries.

This became known as the “child benefit test,” an evolving legal idea used to justify state aid to students who attend religious schools. In recent years, the court has expanded the boundaries of what aid is allowed. Will it push them further?

This question was in the spotlight Dec. 8, 2021, when the court heard arguments in a case from Maine, Carson v. Makin. Carson has drawn intense interest from educators and religious-liberty advocates across the country – as illustrated by the large number of amicus curiae, or “friend of the court,” briefs filed by groups with interests in the outcome.

To the school choice movement – which advocates affording families more options beyond traditional public schools – Carson represents a chance for more parents to give their children an education in line with their religious beliefs. Opponents fear it could establish a precedent of requiring taxpayer dollars to fund religious teachings.

As a faculty member who focuses on education law, I have often written about the Supreme Court’s decisions about religion in schools. In the almost 75 years since Everson, the court’s thinking about aid to students who attend religious schools has evolved.

In 1993, justices heard Zobrest v. Catalina Foothills School District, which centered on a student who was deaf. Under the Individuals with Disabilities Education Act, the public school board provided him with an interpreter. When he enrolled in a Catholic high school, the justices ruled that the board still had to provide him with an interpreter because this was a discrete service that assisted him and no one else. Ever since, the court has allowed greater aid to students attending religious schools.

Two recent judgments have continued that trend. In 2017’s Trinity Lutheran Church of Columbia v. Comer, the court reasoned that states cannot deny religious people or religious institutions generally available public benefits simply because they are religious. Three years later, in Espinoza v. Montana Department of Revenue, the court invalidated a provision in the state constitution barring “religious schools from public benefits solely because of the religious character of the schools.” This decision meant parents in Montana who enrolled their children in faith-based schools could participate in a state tuition tax credit program.

Maine’s Constitution mandates the creation of public schools. But many rural towns don’t have their own school system: In fact, of the 260 “school administrative units” in Maine, more than half lack a secondary school.

In areas without access to public schools, Maine allows students to attend other public or private schools at public expense, but not religious ones. The state requires approved schools to be nonsectarian, “in accordance with the First Amendment of the United States Constitution.”

Carson v. Makin arose when three sets of parents unsuccessfully filed suit on behalf of their children, arguing that the rule discriminated on the basis of religion. The federal trial court in Maine ruled in favor of the state, affirming that its “tuitioning” statute did not violate the rights of the parents or their children. On appeal, the First Circuit unanimously affirmed in favor of the state, rejecting all the parental claims.

First, the First Circuit decided the requirement that schools be “nonsectarian” did not discriminate solely based on religion or punish the plaintiffs’ rights to exercise their religion.

This is because the rule has a “use-based” limitation – which may prove to be a crucial distinction. In other words, sectarian schools are denied funding not because of their religious identity, the First Circuit wrote, but because of “the religious use that they would make of it.”

It is “wholly legitimate” to restrict religion-based content, the court noted, because “there is no question that Maine may require its public schools to provide a secular educational curriculum rather than a sectarian one.”

The First Circuit also rejected the parental claims that Maine’s “nonsectarian” requirement violated their rights to freedom of speech, because it was enacted to provide students with secular secondary educations and “does not commit to providing any open forum to encourage diverse views from private speakers.”

Quoting Eulitt v. Maine, another case about Maine’s tuitioning system, the court noted: “The fact that the state cannot interfere with a parent’s fundamental right to choose religious education for his or her child does not mean that the state must fund that choice.”

School-choice advocates had hoped that Trinity Lutheran and Espinoza would strengthen the Maine parents’ case, since they upheld the idea that the First Amendment requires the government to extend general benefits to religious institutions or individuals, so long as it is not discriminating against or in favor of particular religions. But the courts differentiated these cases, and mused that if parents wish to forgo the free secular education Maine offers in its public schools or “tuitioning” program, they are free to pay tuition in the religious schools of their choice.

During oral arguments at the Supreme Court Dec. 8, Chief Justice John Roberts, along with Justices Clarence Thomas, Samuel Alito, Neil Gorsuch, Brett Kavanaugh, and Amy Barrett, appeared skeptical of the constitutionality of Maine’s tuitioning program. These justices favor an “accommodationist” interpretation of the religion clauses in the First Amendment – meaning they tend to read the Constitution as requiring the government to not promote one religion over another, but not to forbid government from getting involved in religion at all. Therefore, they largely reject the “wall of separation” on the question of financial aid.

As such, these justices – a majority of the court – are likely to rule in favor of the parents challenging Maine’s program. For instance, Kavanaugh commented that “discriminating against all religions versus secular is itself a kind of discrimination that the court has said is odious to the Constitution” – pointedly alluding to Trinity Lutheran, and showing his skepticism about Maine’s explicit exclusion of religious schools.

The court is expected to render its judgment in Carson in late June or early July, near the end of its term. The case is unlikely to end disagreements over the limits of using taxpayer funds to assist students who attend religious schools. However, it will likely provide an indication of the Supreme Court’s position on the future of the child benefit test, as it seems to be softening on its attitude of maintaining a wall of separation between church and state when it comes to education and aid to students who attend religious schools.

Charles J. Russo, Joseph Panzer Chair in Education in the School of Education and Health Sciences and Research Professor of Law, University of Dayton 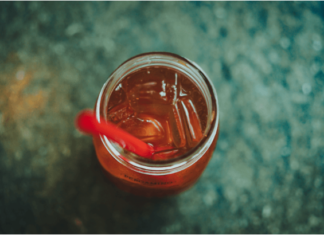 Sewage surveillance is the next frontier in the fight against polio