By Mike Lee and Gareth Dyke, University of Southampton

Spectacular transitional fossils, many from northern China, provide overwhelming evidence that dinosaurs evolved into birds and thus didn’t all perish when the deadly meteorite struck at the end of the Cretaceous period.

We now know that many bipedal, meat-eating dinosaurs (theropods) – including relatives of T. rex and Velociraptor – were adorned with a variety of feathers. They were preserved in such detail in fine volcanic ash that often even their colours can be reconstructed. Plumage might have even been present in all dinosaurs

A study by our team published today in the journal Science sheds new light on the evolutionary journey from bulky ground-dwelling dinosaurs to agile flying birds.

Our research shows that the ancestors of birds were the only lineage of dinosaurs to continually shrink in size for an extended period of time (at least 50 million years, and perhaps twice as long). They were also the fastest-evolving lineage of dinosaurs.

We constructed a detailed family tree for theropod dinosaurs including birds, and nutted out the evolutionary events that happened on each branch – that is, did body size increase or decrease and did any novel adaptations evolve?

For instance, if all the dinosaurs above a branch possessed a unique adaptation (such a shoulder blades fused into a bird-like wishbone), then we can infer that the wishbone evolved on that branch.

We then identified the series of successive branches leading from the very base of the dinosaur tree all the way to living birds: this is the “bird stem lineage”.

A close analogy would be taking a real tree and tracing the single path that leads from the trunk all the way to a “special” little bunch of leaves somewhere high in the crown.

It turns out that the bird stem lineage – the dinosaurs on the road to becoming birds – were evolving in a noticeably different manner to other theropod lineages around at the time.

This lineage kept shrinking in size, with each successive descendant smaller than its predecessor. In contrast, in other dinosaur lineages, body size was alternately increasing and decreasing, with no sustained trend in one direction.

Another recent study further shows that body size along the bird stem lineage often changed unusually rapidly (in addition to in a coherent direction).

Evolutionary novelties were appearing on the bird stem lineage at a faster rate than across the rest of the tree. Many were major innovations such as complex feathers, bigger brains, wings and wishbones. Stem-birds were out-evolving their contemporaries by changing approximately four times as fast.

This continual and often rapid shrinking was probably directly related to the accelerated evolution of anatomical novelties.

Reduced body size, for instance, allowed bird-stem dinosaurs to explore new postures (bird-like walking where the thigh bone is held horizontal) and habitats (such as arboreal and, later, aerial habitats). This in turn would have created pressure to evolve radical new adaptations such as reshaping fluffy feathers into wings.

Perhaps the movement of small dinosaurs into trees was one reason for the appearance of gliding flight, using aerodynamic feathers?

Small theropods with feathered arms, legs and tails – such as Microraptor and the recently-described Changyuraptor – were very likely excellent climbers, as fossils have been found with small birds in their stomachs.

Survival of the ‘MacGyver dinosaurs’

Ultimately, the dinosaurian lineage that was the most evolvable during the Mesozoic also proved to be the most long-lived (there are 10,000 species of birds still alive today).

It is not surprising that the ability to adapt rapidly is a key to long-term survival.

A timely example concerns the influenza virus in the (southern) winter. Of the many and varied flu strains circulating now, the fastest-evolving strains are more likely to outwit our immune systems and to persist and cause problems next winter.

A certain resourceful 1980s TV character fits into this picture in two ways: secret agent Angus MacGyver epitomised the ability to adapt quickly to any novel situation – just like the avian stem lineage.

But there is a more profound point of relevance. The methods we used to infer dinosaur evolutionary trees and patterns of size evolution were actually originally developed to better understand the molecular evolution and geographic spreading of viruses (such as influenza and HIV) in real time.

The intricate theory and mathematics required are virtually identical for both situations. So rather than re-invent a very complex wheel, we “MacGyvered it” by transferring the analytic tools from molecular biology over to palaeontology. 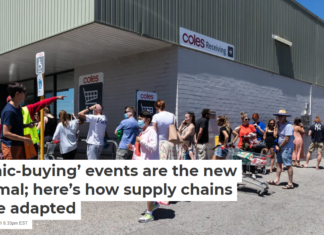 Staff Writer - February 1, 2021
Flavio Romero Macau, Edith Cowan University I live in Perth. Like most people here, on Sunday I was ready for a busy week of getting...