In October 1965, the Immigration and Nationality Act was passed and introduced far-reaching changes to immigration policy in the US. At the time, Representative Philip Burton said in Congress:

Under the new law, the United States began to receive immigrants from countries in Asia and Africa and ended preferences for Europe. Although the act was crafted to promote civil rights for immigrants, policy changes since then have impinged on immigrants’ rights. Deportations have increased. Basic services – such as health care, employment and access to education – are being denied.

In 2013, the Pew Research Center estimated 11.3 million unauthorized immigrants were living in the US. This is despite record numbers of 400,000 deportations each year and stepped-up border enforcement by the Obama administration, as well as laws to crack down on illegal immigration in states such as Alabama, Arizona and Georgia.

The impact of immigration law on schools

In the 1982 case Plyler v Doe, the Supreme Court decided that undocumented people deserve equal protection under the 14th Amendment, which “extends to anyone, citizen or stranger, who is subject to laws of state and reaches into every corner of state’s territory”. When a child enrolls in school, therefore, districts cannot ask to know the child or parent’s legal status, nor can they use it to deny enrollment. To date, there has been no case law that has overturned this decision.

But this has not stopped states creating their own laws that run counter to the federal findings. For example, Alabama HB 56, or the Beason-Hammon Alabama Taxpayer and Citizen Protection Act, was signed into law in June 2011. This legislation grants police the power to detain and determine the legal status of anyone based on “reasonable suspicion” that the individual is an undocumented immigrant. The law prohibits undocumented immigrants from receiving any public benefits at either the state or local level. These benefits include housing, employment, health care and education.

In fact, in any public school from pre-kindergarten to Grade 12, administrators must determine immigration status and provide a record of the number of “suspected undocumented immigrants.” The day after the passing of Alabama HB 56, more than 500 students were absent or withdrawn from school. In 2012 The US Court of Appeals for the 11th Circuit partially invalidated parts of the legislation.

In early October 2014, state officials in Alabama agreed to a settlement in the latest challenge to Alabama HB 56. The settlement “requires the state to institute a policy that bars the publication of any list naming people allegedly unlawfully present in Alabama,” according to the Southern Poverty Law Center.

The settlement requires any immigration information the state collects through the Administrative Office of the Courts to be kept confidential. This provides a layer of protection for immigrant students as it prohibits any reporting of status to schools, but the law is still regarded as the country’s most aggressive anti-immigration statute.

The rights of undocumented schoolchildren

There is now a national argument about whether certain education policies affecting undocumented students and the children of immigrants are too restrictive and need reform. This reflects the “place” of undocumented immigrants in society. There is a national imperative to address this issue as the demographic makeup of the US shifts.

October 3, 2015 will mark the 50th anniversary of the Immigration and Nationality Act of 1965; yet rights of immigrant students and their families are still in question. Undocumented immigrants who are long-time residents of the United States and have US-born children are among those to whom President Barack Obama reportedly is considering offering a temporary reprieve from deportation.

Until that time, many immigrants are still left with few protections against the suppression of undocumented students and families in PK-12 public schools around the country. It is also unclear whether individual states will continue to pass legislation that supersedes the ratification of a federal immigration reform bill.

As a former principal in Alabama, whose immigrant population tripled in one year, I have seen the damage done to families when states exploit loopholes in federal law. Immigrant families have been disrupted and children traumatized as a result. This is surely not what Supreme Court Justice Brennan had in mind when writing the majority opinion in Plyler v. Doe.

Noelle Witherspoon Arnold does not work for, consult to, own shares in or receive funding from any company or organisation that would benefit from this article, and has no relevant affiliations. 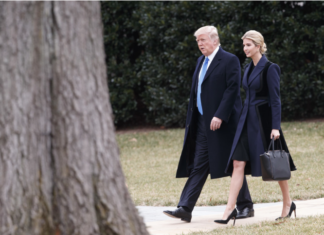 At a popular evangelical tourist site, the Ark Encounter, the image...