It has been ten years since the global recession hit – and the perfect opportunity to rethink and reassess the crisis with the benefit of time. Much of the focus so far has been on economic or policy failures, with the question of accountability left out of the discussion. In stark contrast to the grassroots calls for punishing those responsible, political leaders were not overly concerned with accountability, leaving bankers off the hook. This was a mistake. To give only one example, in the US and the UK, this post-crisis impunity – along with other political factors – have had deleterious effects on democratic politics, setting the stage for demagogues to emerge and ride a tide of popular discontent.

Our comparative research, carried out with Kieran McEvoy Neophytos Loizides, reveals that Iceland stands out from the rest. Iceland, a tiny European nation of 330,000 inhabitants, offers valuable lessons on the importance of accountability and suggests how to deal with such issues if or when the world suffers another financial crisis.

Days after the collapse of 97% of its banking industry, Icelandic authorities designed a comprehensive policy of accountability, based on two overlapping objectives: establishing the truth and punishing those responsible. An independent truth commission was mandated to document the causes of the meltdown, and the newly established Office of the Special Prosecutor was tasked to thoroughly investigate and prosecute those responsible for any crimes committed in the run up to the crisis. Both mechanisms have been remarkably successful.

Published in 2010, the truth commission’s 2,200-page report not only documented the manifold failings of the financial system in Iceland but also offered specific recommendations to protect state institutions from a future crisis. The report instantly became a bestseller, with copies sold in supermarkets. It was a popular gift – parents even gave it to their children to help them avoid making the same mistakes.

The Office of the Special Prosecutor successfully prosecuted 40 bank executives. This is remarkable, especially given the small population of the island and the comparative experience of other European countries affected by the recession, such as Ireland, Cyprus, or the UK (table below).

Populism is based on a simplistic view that divides society between the “real people” and the “corrupt elites”. In the aftermath of a financial crisis, bank executives were often – and still are – seen as the “greedy elites”, responsible for their people’s suffering; that explains why the public finds it so hard to forgive them. By not properly investigating the causes of the crisis as has happened in Iceland, skillful demagogues elsewhere have been able to frame political elites and the judiciary as part of a corrupt establishment.

Read more:
We live in a populist age – but who are ‘the people’?


Below are four key things that Iceland did in the wake of the global recession, that others countries can learn from.

As we show in our ongoing research with Stefano Pagliari, even though the judiciary is independent, politicians can take steps to boost the effectiveness of prosecutors. Excessive or reckless risk-taking is not always punishable by law, so prosecutors must prove bankers intended to break the law. This means expertise in white collar crime is indispensable to a criminal investigation. Iceland had this capacity but most other crisis-affected countries did not.

Uncovering the truth and punishing those responsible are equally valuable objectives. But they can be mutually reinforcing only in a particular sequence: truth leads and justice follows. For example, the Icelandic commission created a safe space for participants to reveal the whole truth, premised on the understanding that their evidence would not be used in court. Bankers would have been understandably reluctant to share sensitive information about their activities had prosecutions run parallel to the commission.

A similar commission in Cyprus, comprised of three former judges and with a legalistic mandate, resulted in guarded testimonies and concealment rather than revelation of the truth. Yet in Iceland, once the commission’s report revealed the shocking details of the banks’ failings, the ensuing momentum allowed the special prosecutor to start bringing charges.

3. Use of forensic technologies

The application of forensic technologies is the real secret of Iceland’s success story. By analysing millions of data points, commissioners reconstructed patterns of activity in the lead-up to the crisis.

In addition, while Irish and Cypriot prosecutors had difficulty explaining the technical details of white collar cases to a judge or jury, in interviews I found out that Iceland’s Office of the Special Prosecutor developed a simulator able to reconstruct banking interactions. Converting data into visuals provided sufficient clarity to ensure convictions.

Iceland wasn’t right about everything. The most important mistake was the decision to set up a special court for the former prime minister, the first and only political leader in the Western world convicted for his role in the crisis, for “gross negligence” – failing to inform his cabinet of major developments in the crisis, which led to three national banks failing. Even politicians of the opposition now acknowledge it was a mistake that needlessly polarised Icelandic politics.

The comparative experience of other countries, such as Greece, shows that prosecuting politicians can have deleterious effects on much needed consensus-building in times of crisis. An endless blame game will have an adverse impact on economic recovery. Political leaders should be punished in the ballot box, not in a courtroom.

Iceland’s most remarkable achievement is that demagogues have not appeared. True, other factors have played a significant role in protecting democratic politics from the emergence of populist leaders. Here I point to the country’s swift economic recovery and its electoral system.

Yet by pursing accountability, the state signalled it was performing its duty to uphold the rule of law and, by doing so, it may have protected democratic politics for decades to come.

In a post-truth political era, a report of the Special Investigation Commission (SIC) in Iceland established the truth about the causes of the crisis. This limited “the range of permissible lies” – to cite Michael Ignatieff the famous Canadian academic – and thwarted conspiracy theories. Meanwhile, in Greece, populist politicians still contest the figures of state deficits that triggered the crisis. They maintain that deficits were artificially inflated to force Greece into external supervision. Think, for example, of the waves of indictments against the former head of the Greek statistical authority.

The policy recommendations of the commission set the stage for a comprehensive set of institutional reforms, geared at protecting democratic institutions from a future financial crisis. At the same time, the Office of the Special Prosecutor developed unparalleled expertise in white collar crime investigation. In contrast, other European countries do not have a better capacity to investigate corporate crimes now than they did ten years ago.

The experience of Iceland shows that pursing policies of accountability after a crisis may protect democracies from political instability and strengthen state institutions, thus protecting that country from a future crisis. 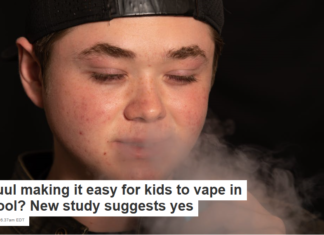 Staff Writer - June 30, 2018
Jon-Patrick Allem, University of Southern California The Juul vaporizer is the latest advancement in electronic cigarette technology, delivering nicotine to the user from a device...