Becoming a parent is commonly imagined to be a joyful and “natural” life event. The reality is often very different. In the early weeks and months of life with a first baby, parents must master new skills including nappy changing, breast or bottle feeding, and “settling” a crying baby, usually while experiencing considerable sleep deprivation.

New mothers have to recover from labour, childbirth and/or caesarean delivery. Primary carer parents find they need to re-orient their lives around their baby, at least in the short term. And partnered parents confront a changed dynamic in their relationship and the need to accommodate a third family member.

For many people, these challenges are unexpected, either in nature or magnitude.

Australians today are having fewer children than past generations and are often starting their families later. This reduces the opportunity to learn informally about infant care through raising younger relatives or being around friends with babies.

New parents are also burdened by the way our society romanticises early parenthood, especially motherhood. Played out in media imagery, this contributes to perceptions of instant bonding, instinctive breastfeeding and “perfect babies” being cared for by “perfect mothers”.

Overly optimistic expectations and a lack of preparation can cause significant distress at a time when new parents already feel vulnerable. For some parents, this may impede bonding with their baby, shade over into postnatal depression – which affects up to 16% of new mothers and 5% of new fathers – or strain the relationship with their partner.

We recently interviewed 45 parents in Australia about their expectations and experiences of early parenthood. The parents came from varied socioeconomic and cultural backgrounds. They included single parents, adoptive parents, parents through surrogacy, same-sex attracted parents, parents in blended or step families and parents who had experienced IVF.

Most parents we interviewed described having “unrealistic” expectations about baby behaviour, particularly in relation to crying, sleep patterns and feeding.

As Susanne, a mother in a same-sex relationship, said:

… I thought my baby would come with me to the café and I’d sit there and stare lovingly into her eyes and people would say, “Oh, she’s gorgeous,” and I’d be like, “Motherhood’s wonderful” … And yeah, she’d cry a bit at night and I might be a bit tired but my life would essentially be the same with a baby. No. The reality was I didn’t know who I was anymore.

Some parents talked about self-imposing standards that were “too high”. And a few mothers believed this contributed to their experiences of postnatal depression. Melanie, a mother of one who experienced postnatal depression, said trying to “do everything perfectly” had exhausted her and made bonding with her baby difficult.

Parents were often surprised to discover a new baby placed their relationship with their partner under strain. Tina, a migrant mother from Iran, said bridging the unexpected and “very deep gap” between her and her husband in early parenthood took time and effort. While most couples’ relationships recovered after an initial period of difficult adjustment, a few ended.

Many parents were distressed by the difference between their expectations and experiences of early parenthood. Some described feelings of anger, anxiety, resentment towards their babies, guilt, or a sense of failure. Those for whom becoming a parent held few “surprises” described less distress, though they still found early parenthood challenging.

Many felt that, as a parent-to-be, they had been too focused on pregnancy and childbirth and this was reinforced by their antenatal classes. Sara, a parent of two children, questioned whether “half an hour with the crocheted breast and the doll” was adequate preparation for breastfeeding.

The trend towards shorter hospital stays after birth was also considered unhelpful. A few women who were able to stay in hospital up to five days appreciated being able to gain infant care skills and establish breastfeeding before going home, where often they had very little formal or informal support.

Based on our research and previous studies, we suggest the following three avenues to prepare expectant mothers and fathers for early parenthood:

Antenatal education provided through maternity hospitals is an obvious opportunity for assisting parents to prepare better. Past research has identified a number of shortcomings with antenatal education, including relevance to expecting parents’ needs, reach, teaching style and cost-effectiveness.

Classes could be re-designed to include greater balance between labour and birth and early parenting, and could also involve more peer-to-peer learning, including through inviting new parents to talk about their experiences.

In an attempt to recreate the informal learning about early parenting that is no longer as available through family networks, experienced parents can help counter some of the myths of early parenthood by sharing their experiences with expecting parents or those with younger children.

Many concerns can hold parents back from speaking openly with one another. These include a desire to not scare expecting parents with “horror stories”, or a fear of being judged a “bad” parent if they share feelings of doubt and ambivalence. In fact, greater openness can help expecting parents be better prepared for what lies ahead.

Finally, the internet is an increasingly important source of information about pregnancy, labour and birth, and early parenting for expecting and new parents. Hearing other people’s experiences online is particularly valuable.

Maternity hospitals should offer expecting and new parents a guide to useful, reliable online resources on these subjects to counter the sense of “information overload” and the desire for credible information.

If you’re a new or expecting parent, you can watch the interviews from the Emotional Experiences of Early Parenthood project here. The site contains a rich array of experiences of every step on the journey to parenthood, from people from a wide range of backgrounds and circumstances.

Kate Johnston-Ataata was employed to work on the Emotional Experiences of Early Parenthood project funded by Healthdirect Australia. She is a member of the The Australian Sociological Association.

Renata Kokanovic receives funding for her research from ARC LP and NHMRC and beyondblue: the national depression initiative. Parenting project has been funded by Healthdirect Australia. 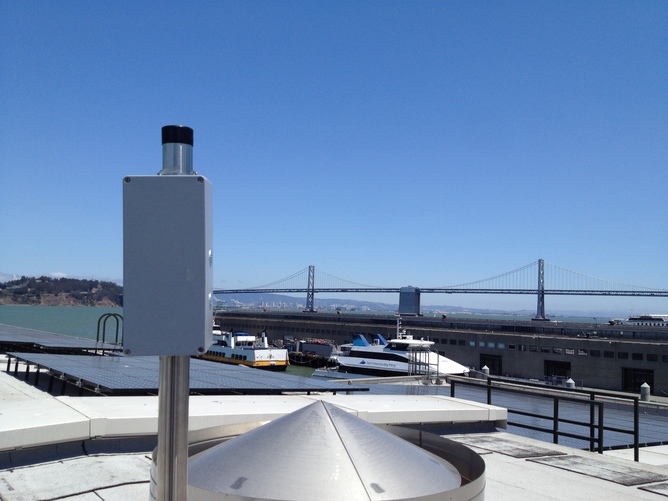 Staff Writer - July 23, 2015
Alexis Shusterman, University of California, Berkeley Earlier this summer, climate change was once again thrust into the global limelight, this time by an unlikely source...