Speaking from his nation’s capital of Kyiv, Ukrainian President Volodymyr Zelenskyy addressed a joint session of the U.S. Congress as Russian shells continue to bombard the city.

In the historic event on March 16, 2022, Zelenskyy sought to persuade U.S. legislators and the American public of the similarities between U.S. history and Ukraine’s present.

A savvy communicator, Zelenskyy understands that before a speaker can argue for policy changes – in this case, stronger action from the U.S. against Russian aggression – they must create a shared identity with the audience. In many ways, every successful political speech is an exercise in community building.

As a political communication scholar, I study what makes political messages persuasive and how strategic communication does more than just argue for policy – it creates individual and group identities.

This principle has been known for decades. Writing in the immediate aftermath of World War II, communication scholar Kenneth Burke challenged the assumption that successful persuasion was premised on constructing sound arguments. Instead, he said the key to persuasion is “identification” – convincing the audience that you and they have not only common interests, but a shared identity.

Zelenskyy intuited the importance of identification, beginning his speech with a list of similarities between “brave and freedom loving” Americans and Ukrainians. He compared the Russian invasion of Ukraine to calamities in U.S. history such as the bombing of Pearl Harbor and the terrorist attacks of 9/11. He also invoked symbols like Mount Rushmore and famous U.S. speeches, such as Martin Luther King Jr.’s “I Have a Dream” speech.

Addressing both Congress and the American public, he noted that the words “I have a dream” are “known to each of you” and then echoed King, imploring: “I have a need.” It was a tacit but forceful argument about being on the right side of history.

Zelenskyy’s speech marked the first time a world leader addressed a joint session of Congress remotely, and he used the digital medium to his advantage, including in his speech a video documenting Russia’s destruction of Ukrainian cities and the violence experienced by Ukraine’s most vulnerable citizens – particularly children. The words “this is murder” flashed on the screen.

When juxtaposed with the murder of children, Zelenskyy’s requests – that the U.S. establish a no-fly zone over Ukraine or facilitate the use of fighter jets – seem not only reasonable but imperative. This was not a deliberative message weighing the advantages and risks of potential policy proposals. It was an impassioned plea to act on behalf of shared humanity.

It puts President Joe Biden and members of Congress in a difficult position. They have to weigh the likely outcomes of Zelenskyy’s requests and are operating within a framework that emphasizes policy implications rather than one that focuses primarily on shared identity. White House Press Secretary Jen Psaki emphasized on Feb. 28 that a no-fly zone would entail “shooting down planes, Russian planes,” and would dangerously escalate the conflict. Critics argue that a direct, military engagement with Russian forces also would increase the likelihood of nuclear war.

Because identification is more persuasive than policy arguments, however, Zelenskyy’s speech will place maximum pressure on Democrats, in particular, since they control Congress and the presidency. He also acknowledged a compromise position in his remarks, saying that if a no-fly zone was “too much to ask, we offer an alternative,” requesting more weapons that would enable Ukrainian forces to shoot down Russian aircraft.

A speech for a digital age

Zelenskyy’s message, like his communication throughout the conflict, was produced for the social media era, with numerous quotable lines and a video that appeared to be designed to make the rounds on Twitter, Facebook and TikTok. Zelenskyy’s approach aims to provide ordinary citizens with content they can use easily on social media to pressure their political representatives.

Zelenskyy ended his speech with a vision for a community of democratic nations and a governing body he’s calling “U24,” which he defined as a “union of responsible countries” nimble enough to respond to crises within 24 hours.

His speech was not only an impassioned plea for immediate assistance. It was an attempt to create a new community more expansive and powerful than NATO or the United Nations. 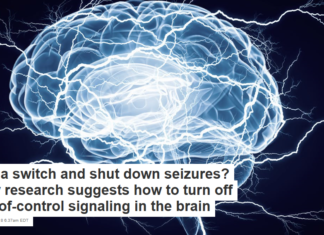