Why do flocks of birds swoop and swirl together in the sky? – Artie W., age 9, Astoria, New York

A shape-shifting flock of thousands of starlings, called a murmuration, is amazing to see. As many as 750,000 birds join together in flight. The birds spread out and come together. The flock splits apart and fuses together again. Murmurations constantly change direction, flying up a few hundred meters, then zooming down to almost crash to the ground. They look like swirling blobs, making teardrops, figure eights, columns and other shapes. A murmuration can move fast – starlings fly up to 50 miles per hour (80 kilometers per hour).

The European or common starling, like many birds, forms groups called flocks when foraging for food or migrating. But a murmuration is different. This special kind of flock is named for the sound of a low murmur it makes from thousands of wingbeats and soft flight calls. https://www.youtube.com/embed/V4f_1_r80RY?wmode=transparent&start=0 ‘Flight of the Starlings’ by Jan van IJken was shot in the Netherlands; the audio lets you hear how a murmuration gets its name.

Murmurations form about an hour before sunset in fall, winter and early spring, when the birds are near where they’ll sleep. After maybe 45 minutes of this spectacular aerial display, the birds all at once drop down into their roost for the night.

Why do starlings form murmurations?

Unlike the V formations of migrating geese, murmurations provide no aerodynamic advantage.

Scientists think a murmuration is a visual invitation to attract other starlings to join a group night roost. One theory is that spending the night together keeps the starlings warmer as they share their body heat. It might also reduce the chance an individual bird would be eaten overnight by a predator such as an owl or marten.

This dilution effect might be part of the reason murmurations happen: The more starlings in the flock, the lower the risk to any one bird of being the one that gets snagged by a predator. Predators are more likely to catch the nearest prey, so the swirling of a murmuration could happen as individual birds try to move toward the safer middle of the crowd. Scientists call this the selfish herd effect.

Of course, the more birds in a flock, the more eyes and ears to detect the predator before it’s too late. https://www.youtube.com/embed/iRNqhi2ka9k?wmode=transparent&start=0 ‘Murmuration’ by Sophie Windsor Clive & Liberty Smith.

And a gigantic mass of whirling, swirling birds can make it hard to focus on a single target. A falcon or hawk can get confused and distracted by tricky wave patterns in the murmuration’s movements. It also must be careful not to collide with the flock and get hurt.

Over 3,000 citizen scientist volunteers reported spotting murmurations in a recent study. A third of them saw a raptor attack the murmuration. That observation suggests that murmurations do form to help protect the birds from predators – but it’s also possible a huge murmuration would be what attracted a hawk, for instance, in the first place.

How do starlings coordinate their behavior?

Murmurations have no leader and follow no plan. Instead, scientists believe movements are coordinated by starlings observing what others around them are doing. Birds in the middle can see through the flock on all sides to its edge and beyond. Somehow they keep track of how the flock is moving as a whole and adjust accordingly.

To learn what’s happening inside murmurations, some researchers film them using many cameras at the same time. Then they use computer programs to track the movements of individual starlings and create 3D models of the flock.

The videos reveal that the birds are not as densely packed as they might appear from the ground; there is room to maneuver. Starlings are closer to their side neighbors than those in front or behind. Starlings on the edge frequently move deeper into the flock.

Mathematicians and computer scientists try to create virtual murmurations using rules that birds might follow in a flock – like moving in the same direction as their neighbor, staying close and not colliding. From these simulations, it seems that each bird must keep track of seven neighbors and adjust based on what they’re doing to keep the murmuration from falling apart in a chaotic mess. And they do all this while flying as fast as they can.

Large schools of fish can appear to behave like murmurations, as do groups of some swarming insects, including honeybees. All these synchronized movements can happen so fast within flocks, herds, swarms and schools that some scientists once thought it required animal ESP!

Biologists, mathematicians, physicists, computer scientists and engineers are all working to figure out how animals carry out these displays. Curiosity drives this research, of course. But it may also have practical applications too, like helping develop autonomous vehicles that can travel in tight formation and work in coordinated groups without colliding. 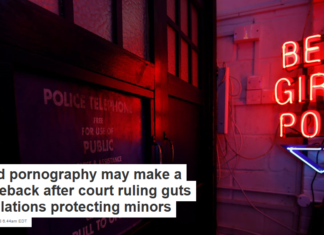