Alaskans will soon confront the dramatic effects of Republican Gov. Mike Dunleavy’s vetoes of US$444 million from the state operating budget of $8.3 billion, which went into effect July 1.

The Alaska legislature was unable to get enough support to block the cuts through a veto override late last week.

The budget cuts will be immediate, affecting most Alaskans.

I’m a faculty member at the University of Alaska Anchorage in the Department of Journalism and Public Communications and have served on the community advisory board of Alaska Public Media. Both the university and the public broadcasting network will face budget cuts. In the case of the university, more than 40% of its state support will be lost.

State legislators from both parties who tried to override the vetoes described a ruinous future, with university students bailing en masse, elderly residents moving out of state and domestic violence survivors being left without emergency shelter.

Dunleavy, who has largely avoided press interviews, told a conservative radio talk show host on July 10 that the vetoes would not “end Alaska as we know it.”

Advocates for the university system, the poor, the arts, public media and other entities on the receiving end of the cuts rallied supporters, from indie music groups to entrepreneurs.

Business groups, including the Alaska Bankers Association, tried to persuade three-fourths of the Alaska Legislature – 45 of 60 members – to override the governor’s vetoes. In the end, only 37 legislators stood against the governor.

How did Alaska, one of the country’s richest states with a $65 billion savings account fueled by oil royalties and leasing revenues, get into this position?

The troubles have been a long time coming.

As the state prepared to reap the benefits of its oil reserves in the 1970s as the trans-Alaska oil pipeline neared completion, voters approved in 1976 an amendment to the Alaska Constitution establishing the Alaska Permanent Fund.

The idea was to save a slice of the current oil windfall in a special fund for future generations when the oil ran out. Meanwhile, the rest of the massive oil royalties – $391.5 million in 1976, more than four times the amount collected the previous year – flowed into state coffers. That meant less need to rely on the traditional way government raises money: taxes. So the legislature repealed a state income tax and the Alaska school tax in 1980.

Now, most Alaska communities have no sales tax and property taxes are low. The total state and local tax burden on Alaskans is the lowest in the country.

In addition to repealing state taxes, Alaska legislators in 1980 approved a payout from mineral royalties to state residents called the Alaska Permanent Fund Dividend, or “PFD.”

The idea was that the dividend would distribute to state residents a portion of the state’s natural resource wealth belonging to them as Alaskans.

“The initial bonanza of oil revenues was spent like a sailor hitting port after a long voyage,” wrote Clem Tillion, one of the legislators behind the PFD’s creation, in an op-ed last summer. The first payment was made in 1982 and Alaskans receive roughly $1,000 every year from state government.

Oil supports about 85% of the state’s budget. One respected state economist has been warning since the late 1980s that as the massive Prudhoe Bay oil field is depleted, the state faces a fiscal crisis necessitating a severe reduction in spending or a shift to different revenues.

“Alaska is poised for either a safe landing or a nose dive,” wrote economist Scott Goldsmith in 1992. “Whether we land safely or crash depends on how Alaskans deal with declining oil revenue.”

Other factors have compounded the state’s fiscal dilemmas.

The usual partisan demarcations don’t apply to Alaskans. Some of the fiercest speechmaking against Dunleavy’s budget vetoes came from his fellow Republicans.

Alaskans are divided along more jagged lines, such as rural vs. urban, Fairbanks vs. Anchorage, pro-extraction industries vs. pro-fishing.

The divides have made it hard to find agreement, and Alaskans have been whipsawed between state leaders’ different interpretations of fiscal solutions.

Gov. Sarah Palin campaigned for governor and then governed from 2006 to 2009 as a reform-minded Republican who imposed higher oil taxes. Her successor, Republican Sean Parnell, undid that reform in 2013. That prompted Palin to endorse Independent Bill Walker in the 2014 governor’s race. He won.

By that time, oil prices had flagged. The state budget, which depended on prices higher than the mid-$40 per barrel range, fell into deficit starting in 2014.

State leaders turned to a Constitutional Budget Reserve to make up the difference.

Most notably, Walker reduced the amount Alaskans received from the Alaska Permanent Fund Dividend in 2016, 2017 and 2018, enraging many Alaskans and inviting a state Supreme Court challenge from a Democratic state senator. That challenge failed, leading to the backlash that brought Dunleavy to office in November 2018.

And it’s the PFD that is driving Gov. Dunleavy now. He campaigned on a promise to restore the full PFD and pay $3,000 this year. That’s an appealing promise to Alaskans who feel as if they have been deprived of their rightful dividend for three years in a row.

The problem is that by paying a dividend of $3,000 to Alaskans, major spending reductions or eliminations to basic services must be imposed, despite rebounding oil prices and a $65 billion savings account.

Former Gov. Frank Murkowski, a Republican, was one of many former state leaders to lament the decision to fully fund the PFD. He predicted in an op-ed in the Anchorage Daily News the day the veto failed that “The Permanent Fund and its Earnings Reserve are crucial to funding a significant part of state services going forward.”

That fund can either pay $3,000 dividends to every Alaska resident, or it can pay for government services. It can’t do both.

State Sen. Natasha Von Imhof, an Anchorage Republican, said, “I cannot fathom why the governor is purposely throwing Alaska into a severe economic recession. … The governor is cutting the budget not because we are in a fiscal crisis. It is to distribute nearly $2 billion to Alaskans to the detriment of core government services like public safety, roads and education.”

Few state universities, social service networks or public media systems have had to adjust so quickly to such sharp declines in state support. Wisconsin comes close, when its state universities lost $250 million in 2015 and 2016.

Alaskans’ PFD has become an entitlement so central that it impedes clear thinking about what the state needs in 2019 and what its future will be when oil wealth can’t provide basic services anymore. 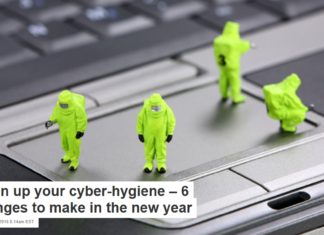 Clean up your cyber-hygiene – 6 changes to make in the...