By Talat Farooq, University of Birmingham

The shock waves from a brutal terror attack that claimed the lives of more than 130 children in the northern Pakistani city of Peshawar are being felt around the world.

The Taliban assault, which began on Tuesday morning, has claimed the lives of at least 141 people. Across social media people expressed their horror and sympathy. From Pakistan to the UK, relatives of children attending the Army Public School were anxiously awaiting news.

The attack is being seen as one of the worst in nearly a decade of unabated violence in the country that has killed more than 55,000 Pakistanis – most of whom were civilians.

The Pakistani Taliban, or Tehrik-i-Taliban Pakistan, has confirmed that it was responsible for the attack and said the school was hit in response to army operations that have been taking place in the tribal areas.

Background to the attack

Over the past six months hundreds of Taliban fighters have been killed since a full-fledged military operation called Zarb-e-Azb was launched. This has involved bombing the North Waziristan and Khyber areas in a bid to stamp out insurgencies.

Zarb-e-Azb was launched on June 15 2014 after talks between the Taliban and the government failed and a terrorist attack on Jinnah International Airport in Karachi left 39 dead, including all 10 gunmen.

The operation has been regarded as successful so far. The main hubs of militant activity have been cleared from North Waziristan and Khyber. And last week, the army gave the go-ahead for civilian authorities to start returning more than one million displaced people to North Waziristan.

But while the military side of the operation has met its targets, the political contribution made by successive governments has been less than satisfactory. The Pakistan Muslim League, in power since 2013, has long argued that dialogue with the Taliban is the preferred option. But this has meant failing to take any real ownership of the war that was raging regardless.

Just days after Zarb-e-Azb started, protesters associated with the political party Pakistan Awami Tehrik were killed in a violent clash with the Punjab police in Lahore, setting the stage for major political turmoil.

The situation worsened as Imran Khan’s Pakistan Tehrik-i-Insaf party started to accuse the PML government of electoral fraud in the elections of May 2013. Since August 2014, the PTI has continued to carry out protests, sit-ins and shut-downs in major cities. For its part, the government has failed to seriously resolve the issue through meaningful negotiations.

There has been a consistent lack of sufficient political will and seriousness on the part of the government to fully implement Pakistan’s anti-terrorism laws. Not a single convicted terrorist has so far been punished even though Pakistan carries the death penalty for such crimes.

According to experts, a backlog of cases, the absence of a proper mechanism to monitor religious schools, the proliferation of mobile phones in prisons, over-reliance on witnesses rather than forensics by the police and a lack of information sharing between civil and military intelligence agencies are just some of the major weaknesses and problems encountered in Pakistan’s anti-terrorism investigations.

Institutionalised corruption and political interference has also seriously undermined the capacity of civilian law enforcement agencies to tackle the terrorist threat. The government administrations have therefore proved to be poorly equipped to cope with the demands of unconventional warfare and have failed to systematically dismantle sleeper-cells within the country.

This attack is likely to have serious repercussions within and beyond Pakistani territory. At the domestic level the public – already fed up with perennial energy crisis and rising inflation – is bound to lose whatever faith it may have had in the government’s current approach to tackling internal security threats. None of this bodes well for the democratic process in a country that has had 32 years of military rule since its creation 67 years ago. 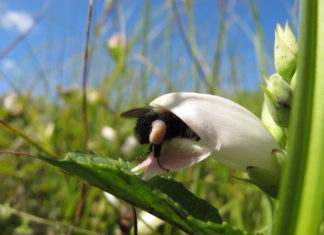 Staff Writer - March 7, 2015
By Leif Richardson, University of Vermont Search for information on ‘self-medication,’ and you’ll likely find descriptions of the myriad ways that we humans use drugs...

The unintended consequences of marijuana decriminalization