SBY was re-elected for his many promises on national politics, the economy and foreign policy. He promised to increase regional autonomy, protect democracy, respect human rights, reform the bureaucracy and eradicate corruption.

On foreign policy, SBY promised to modernise the military and to play a more active role in international affairs, especially in safeguarding the global peace.

But looking back, what is the legacy of SBY’s decade in power?

In the last weeks of SBY’s presidency, the Red and White coalition led by the party of defeated presidential candidate Prabowo Subianto scrapped direct elections of local leaders. Analysts view this as a retrograde step for Indonesia’s democracy.

It will seem unfair to judge the entire presidency of SBY by this latest episode in Indonesian politics. But his inaction during the deliberation of the controversial law, followed by suddenly releasing a regulation in lieu of a law to annul it, were typical of how SBY has run things in the last 5 years.

The public uproar at Indonesians having their rights to elect governors, mayors and regents taken away is a culmination of years of pent-up frustration and anger. Most of the Indonesian public perceive SBY as indecisive and lacking in principle.

This is not the only example of SBY’s unreliability. He has repeatedly complained about the poor performance of his ministers, yet he replaced few of them. He promised to rid the country of entrenched corruption but his trusted ministers were indicted by the Corruption Eradication Commission.

In fact, his Democratic Party was involved in many corruption scandals. SBY is now party chairman because the former chair, Anas Urbaningrum, is serving time in jail for corruption.

SBY was re-elected by winning 67% of the popular vote, yet he seemed to act as if he had won by a slim margin. Fearful of alienating Muslim voters, he stood by as religious thugs such as the Islamic Defenders Front (FPI) persecuted religious minorities. He seems not to realise that FPI is widely unpopular among the majority moderate Muslims in Indonesia.

Regardless of all SBY’s blunders, we cannot deny Indonesia has moved forward from the days of Suharto. SBY’s presidency is marked by greater freedom of speech and expression compared to the New Order era.

Back then, criticising the president openly in public would mean getting a knock on the door from the Special Forces in the middle of the night. With all the vitriol thrown at SBY on social media, no-one has ever been arrested for hurting the president’s feelings.

In the past 10 years, Indonesia’s economy has consistently grown at a respectable rate of 5-7%. It is among the top-performing economies in the G20. Indonesia survived the global financial crisis between 2007 and 2009.

SBY tried to open up Indonesia’s economy by encouraging foreign investment, cutting red tape, cracking down on corruption and improving transportation infrastructure. However, he put his popularity ahead of Indonesia’s economy by politicising fuel subsidies. As a result, in the last 10 years the government has done very little to build roads, ports and bridges. This was basic infrastructure needed to help business.

Just before the 2009 presidential election, SBY lowered the fuel price three times. He was re-elected and the Democrats increased their total number of seats in the parliament from 57 in 2004 to 150 in 2009.

The political gains came at the expense of much-needed money for infrastructure spending. Indonesia spends one-fifth of its national budget on fuel subsidies. Without subsidies, the government could have doubled its spending on infrastructure and social welfare.

When SBY finally tried to reduce the subsidies he faced so much opposition to higher fuel prices that it was only after months of negotiations that he managed to do so on in June 2013.

On foreign policy, SBY’s administration is a mixed bag. Indonesia does have a greater positive international exposure. With its “thousand friends, zero enemies” policy, Indonesia shows more leadership in ASEAN while improving relationship with other key players in region, notably the United States, Australia, China, Japan and India.

At times, however, Indonesian foreign policy seems to lack direction. It remains unsure of how to settle the dispute in the South China Seas.

Also, even though SBY has increased military spending in the last two years, the Indonesian military remains underfunded, unable to provide muscle to back up foreign policy. That makes Indonesia look to be mostly talk with little substance.

More could have been done during SBY’s reign. While it may not be reasonable to expect the president to fulfil all his promises, such as demanding Indonesia maintain a constant 7% economic growth, in many cases SBY simply messed up due to his inability to act decisively.

It is a shame that in the end this administration will be remembered as one of years of wasted opportunities. SBY had so much power and public support — more than his successor Joko Widodo has now. He was actually in a position to adopt unpopular but much-needed policies. Yet he fumbled due to his unwillingness to break some eggs.

Yohanes Sulaiman does not work for, consult to, own shares in or receive funding from any company or organisation that would benefit from this article, and has no relevant affiliations. 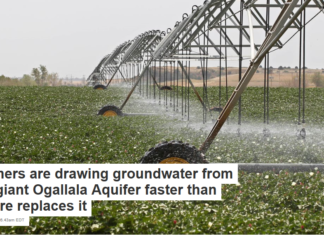 The next step in sustainable design: Bringing the weather indoors

No, Lyme disease is not an escaped military bioweapon, despite what...