World Space Week is one of a series of events co-ordinated by the UN to celebrate the global nature of space exploration. It was established in 1999.

Why is it organised this particular week? Because October 4 1957 was when Sputnik, the first artificial satellite to orbit the Earth was launched – and that’s when the “space age” began. Ten years later, on October 10 1967, through the auspices of the United Nations, the Treaty on Principles Governing the Activities of States in the Exploration and Peaceful Uses of Outer Space was signed.

There is little doubt that the first 40 years of the space age had enormous global influence. In rapid succession, we had the first dog, man and woman in space. And then the first astronauts to walk on the moon.

Remotely-obtained imagery became a regular feature in the news. Not only did we see, for the first time, pictures of the Earth’s surface, but also views of the Earth as a planet – the pale blue dot.

As planetary exploration continued, greater details of the surfaces of the moon and Mars were augmented by spectacular images of the outer planets and their satellites, as well as by equally spectacular pictures of the sun’s surface and the ejection of solar flares.

Colourful images of nebulae captured by the Hubble Space Telescope reminded us that space was not void of movement or activity. All in all, by the time the first World Space Week was organised in 1999, we were comfortably familiar with the notion that space exploration was a natural extension of global exploration, with sailing ships superseded by spaceships.

The last 15 years, though, have seen an almost unbelievable expansion in appropriation of the space environment for human use. While a small, but growing, coterie of astronauts takes turns to perform cycles of experiments on-board the International Space Station, many hundreds of satellites orbit the Earth far above them.

Our experience of space is no longer confined to watching with awe as new images of Saturn’s rings or Mars’ extinct volcanoes are beamed into our homes. Instead, we are familiar with the idea that our TV and radio stations are transmitted from spacecraft, that local weather forecasts are put together using data from measurements of air pressure and wind speeds obtained from weather systems 1,000 miles away, and that we can navigate to almost anywhere on the planet by following directions barked at us from a disembodied voice on the dashboard of our car.

Such usage of space is marvellous – but is it awesome? Is the inspirational value of space exploration lost in the tedium of “in 200 metres, you will have reached your destination”? As we follow the Rosetta mission and worry about the imminent deployment of the Philae lander on comet 67P Churyumov-Gerasimenko, or wait for the Curiosity rover on Mars to send back images of the centre of Gale crater, or even listen to the forecast of solar activity from the Met Office’s new Space Weather service, are we truly moved?

Familiarity breeds contempt, as the old adage goes, and even the Apollo astronauts failed to be newsworthy until disaster overtook Apollo 13. This is where we need initiatives like World Space Week to remind us of how far we have travelled since 1957, and how far we still have to go. We have to have a succession of scientists, engineers and technologists who have the vision, the determination and the drive to continue with space exploration beyond Earth’s orbit. A school student who is ten years old now is the engineer who, in 20 years’ time, will be designing the spacesuits to be worn by the first cohort of astronauts travelling to Mars. Or maybe she will one of those astronauts herself. 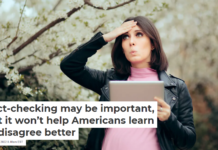 Fact-checking may be important, but it won’t help Americans learn to disagree better 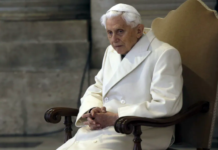 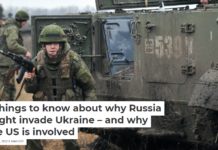 Staff Writer - October 18, 2014
By Jonathan Kirkup, Cardiff University There can be no doubt that Ed Miliband’s leadership is in trouble. After a squeaker of a by-election in Heywood...

Exxon’s Rex Tillerson and the rise of Big Oil in American...

All Latinos don’t vote the same way – their place of...