After overrunning Mosul in June 2014, Islamic State (IS) hastily and brutally occupied soft targets in poorly protected areas of ethnic minorities – the villages of Kurds, Christians, and Yezidis on the Nineveh Plain – and headed east to threaten Erbil, the regional capital of Kurdistan. Kurdistan found itself in the cross-hairs.

IS’s rerouting of its major assault from the south-west towards Kurdistan is puzzling. It defies military logic, running counter to geography as much as history. In other areas of Iraq, IS expanded to fill easy socio-political and military power vacuums and receptive breeding grounds in Mosul, Ramadi, and Fallujah.

But Kurdistan does not present such a vacuum or breeding ground. It played a neutral, reconciling role in the Sunni-Shia conflict in Iraq and has taken a balanced stand between Turkey and Iran. Kurdistan’s cohesive tribal structure, language barriers, ethnic solidarity, experienced military and general non-involvement policy in regional conflicts all pose deterrents to invasion and raise questions about the reasons behind IS’s blitz.

A new enemy for Islamic State

Opening a front against Kurdistan, although inexplicable on military and political grounds, is intelligible under different criteria. The only reason that stands out among the prevailing turmoil in the region is the Kurdish leadership’s call for a referendum on independence and the establishment of the first nation-state of Kurdistan. A strong, diverse yet stable state of Kurdistan would be anathema to IS – an inimical foil to their vision of a metastasising, totalitarian caliphate.

When the pieces of this jumbled jigsaw of conflict are placed together, the picture that emerges will reveal that the objective of this assault on Kurdistan is to draw Kurdistan into a war of attrition, to drain its capabilities and divert its pursuit of independence. The history of the Middle East offers many examples of such wars of attrition that have destroyed economies and halted development.

Yet the political memory of Middle Eastern conflicts does not recall the levels of chaos among allied and adversarial factions that currently dominate the political and military scene. And this situation plays into IS’s hands.

Lines on a map

Since World War I, the region has witnessed the creation of states on the basis of borders drawn when France and Britain partitioned the former Ottoman Empire. These political borders cut across ethnic, tribal, and sectarian realities deeply rooted in the region. Foreign military powers kept the new states intact and their borders relatively sovereign. But in the case of the Kingdom of Iraq, the Sunni-Shia divide dominated politics from the start.

Kurdish aspirations for self-determination took a back seat. The sectarian and ethnic divisions in Iraq, Syria, and Lebanon posed an enduring threat to the integrity of these nascent states, where military coups, dictatorships and border conflicts were a common denominator, compounded by the revival of historical conflicts with the political and religious heritage of their neighbours, Safawi Shia Iran and Ottoman Turkey. These old conflicts resound loudly in current hostilities.

The remarkable ascendancy of political Islam, both Shia and Sunni – and its arrogation of political power in Iraq and Yemen (Shia), Syria, Libya, Egypt and Tunisia (Sunni), following the so-called Arab Spring and the American occupation of Iraq, has inflicted structural damage to varying degrees in these countries, even under the watch of international powers.

This bi-polar political Islam exacerbates internal strife. Sectarianism, fanaticism and religious autocracy have culminated in the brutalities of IS.

The splintered political Islam in Syria, with support from major rivals (Iran, Saudi Arabia, Qatar, and Turkey), has fomented terrorism to a degree that surpasses the operations of al-Qaida and smaller organisations.

The new breed of terrorism eclipses traditional, armed jihad. Where land and populations once held no direct value for jihad apart from moral and material support, the idea of a “terrorist state” occupying territory now poses a much more formidable danger. IS constitutes an extreme form of terrorist organisation that controls large expanses of land and economic resources.

Socio-military uprisings like that of IS were not uncommon during the Ummayed and Abbassid periods. Their decline was as rapid as their rise and expansion – and one hopes that IS will come to a similar swift end. IS replicates these historical movements, restructuring the socio-cultural, religious, and educational systems to fit their version of Islamic State.

Failing states and a Kurdish state

Events of recent years have exposed the sovereignty and integrity of Iraq to real risks of sectarian disintegration. The loss of central governance and control has brought about a quasi failed state, similar to the situation in Syria and, increasingly, Libya.

The Turkish-Iranian and Arab-Iranian rivalry for spheres of influence in Iraq, added to the new Arab-Turkish rivalry produced by the Muslim Brotherhood’s role in Arab politics, further compounded by the radical Sunni-Shia divide, have driven Kurdistan to take a stand where the future of its historical geography and the interests of its people will be protected through the formation of an independent state with internationally recognised sovereignty.

Such statehood, within the blurred and muddled mosaic of conflicts where the fate of nations is at stake, is a promising, pragmatic solution and justifiable right.

For the first time, the Kurds are conducting “state”-style warfare against an invader. Kurdistan has mobilised its material and human resources and infrastructure in order to repel IS. This is state warfare, vastly different from the Kurds’ guerrilla resistance against the previous incursions by Iraqi regimes.

The defensive war against IS, though it imposes economic and human sacrifices on Kurdistan and undesired involvement in regional conflicts, is also a historic opportunity to pursue the declaration of an independent Kurdistan. It can change the very nature and perception of this war from one of attrition to a war of independence. 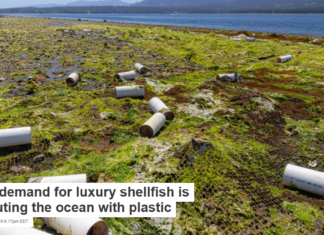