How can we understand David Cameron’s surprise and anger at the extra levy of €2.1bn (£1.7bn) on Britain’s contribution to the EU’s budget other than as a result of incompetence or lack of communication between the highest levels of government?

Britain has always had an acrimonious relationship with the rest of the EU over the budget. Although the latest dispute is about the EU’s revenue, it cannot be separated from the British perception that the UK gets a bad deal from EU spending.

This is reinforced by the rules of the British rebate. As agreed in 1984, Britain receives a refund from the EU budget as compensation for not benefiting enough from EU expenditure. In 1984 a relatively poor Britain did badly from the distribution of spending that, at the time, was mostly devoted to subsidies for farming. But over time, farming subsidies have accounted for less EU spending due to budget cuts and the fact that the union is spending more on regional development and infrastructure.

While this has made the rebate harder to justify to other member states over the years, it also contributes to UK perceptions of Europe. This is because the rules of the rebate create an incentive for the UK government to avoid EU public spending in Britain. For every euro that Britain’s contribution exceeds the spending that it gets back, it gets a refund of 66 cents. In 2013, for example, Britain received a rebate worth €4.3bn – more than twice as much as the €2.1bn charge it was asked to pay last week.

EU funding for regional development takes a one-third share of the EU budget. In order to ensure the credibility of regional funding projects, they have to be co-financed usually by national or regional government. Unlike in many EU member states, the government of the UK does not automatically co-finance EU regional projects in Britain. The unstated reason for this is simple. For every pound that a project would spend, the British rebate would be reduced by 66 pence. The British rebate therefore leads to even less EU money being spent in Britain, further delegitimising the EU’s budget.

Approximately 75% of the EU’s finances come from a contribution based on each country’s national wealth measured by gross national income (GNI), a measure that is similar to GDP. (The remaining quarter comes from customs duties and a levy on VAT.)

David Cameron’s dispute centres on a decision to change how to measure GNI that was taken by all of the EU’s national governments in 2007 and ratified by all their national parliaments including the House of Commons. This allows for GNI to be recalculated and for its effect to be backdated as far as 1995.

Every year, the UK Office for National Statistics and its equivalents throughout Europe provide the EU’s statistical agency, Eurostat, with figures on the size of GNI. Whereas the annual payment requirements are based on projections of the year’s GNI from six months earlier, the actual figure often turns out to be different and means that Eurostat has to calculate how this affects the size of the payment. As a result, some countries end up having to make extra payments and some receive small refunds.

This year, the adjustment was much larger because the Office for National Statistics had provided new statistics to Eurostat showing that the British economy has been 2.3% larger than we had imagined since 2002. This was due to illegal economic activities as well as newly counted and legal aspects of the service economy. This document was published on the office’s website on May 29 2014.

The data was then checked by Eurostat and verified by its GNI committee, whose members are seconded from member countries, including Britain. The committee made no adjustments and forwarded the calculations to the European Commission.

In 2012 to 2013, David Cameron devoted several late-night summits to negotiating the EU’s spending for the years 2014 to 2020. Are we to believe that he did not know that three-quarters of the EU’s revenue depend on the size of national wealth? Can we believe that Downing Street officials were unaware that the Office for National Statistics had published this document on its website five months ago?

The document goes as far as to state:

This is part of a series of articles … detailing the improvements to National Accounts which will be made in September 2014 to ensure that the UK National Accounts continue to provide the best possible framework for analysing the UK economy and comparing it with those of other countries … The EU will move to the new standards at the end of September 2014, when revised National Accounts for all member states will be published simultaneously.

Cameron didn’t know in advance? Time someone flagged up the reality
Baloncici

It would not take much to work out that a recently discovered increase in the size of the British economy would lead to a knock-on increase in the contribution to the EU budget.

The Dutch statistical agency had also discovered that Dutch GNI was higher than previously known and communicated this to Eurostat and the Dutch government had set aside the funds necessary to make payment. Admittedly the Netherlands is asking for a payment extension beyond the December 1 deadline, but it doesn’t change the UK mystery: what exactly was going on between the Office for National Statistics, the Treasury and Downing Street?

I have received funding from the European Commission, once in 2009 and once in 2012 to run workshops for academics and practitioners. The 2009 workshops funded to the extent of £18,000 focused on the mid-term budget review of 2008-9 and the 2012 workshop funded to the extent of £11,000 focused on UK and the future of the EU budget. Although I was the grant-holder, the funding was not awarded to me personally but to my employer, Royal Holloway, University of London. 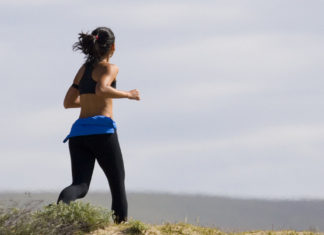 With the help of trained dolphins, our team of researchers is...