By Eric Shaw, University of Stirling

Robert Peston, business editor at BBC news recently declared that his employer is “completely obsessed” by the agenda set by newspapers. The broadcaster, he argued, is constantly taking the content of the Daily Mail and the Daily Telegraph in particular as an indication of what it should be covering. These papers decide what is newsworthy and which issues warrant inclusion into a tight news schedule.

And looking at the coverage given to the unfortunate tweet sent by Labour MP Emily Thornberry in the run up to the Rochester and Strood by-election, it seems he has a point. Thornberry tweeted a picture of a house in the constituency. Out of its windows hung three English flags and in its driveway was parked a white van. The caption read: Image from Rochester.

Thornberry almost immediately resigned from her position as shadow attorney general and apologised for any offence caused.

What, you might wonder, is the story? The BBC had an answer. Assistant political editor Norman Smith sombrely warned that the tweet played into a “very, very dangerous theme”. It fuelled concerns that Labour is “somehow dismissive, patronising, contemptuous of its own core voters”. Smith didn’t enlighten us further on how it achieved this though.

And so the story found itself at the top of the news agenda, alongside the results of the by-election. It trumped an NHS teetering on the edge of crisis, sinking wages for workers, worries about extremism in schools and draconian cuts to police budgets. It was a no-brainer for the BBC.

And it’s true that the tweet has transported the Westminster establishment, MPs and political journalists into a paroxysm of excitement. Assorted politicians expressed their anger, dismay and fury. The Daily Mail raged at the “sneering elite” and the Telegraph accused mainstream politics in general of losing the working class vote. The Sun went to the effort of sending the owner of the three English flags to confront Thornberry at her home. She wasn’t in.

No doubt, Thornberry was a little foolish. The tweet was a joke that spectacularly backfired. But was it really grounds for her resignation? The fact is that the story was a piece of trivia. It was a non-event that was turned into a huge story by the Tory press.

The BBC’s Nick Robinson pointed out that it gave the right-wing press an “alternative narrative” for the Rochester by-election. While they waited for the polls to close, a bit of Labour bashing was the perfect distraction. But why should the BBC follow suit? Why should the national broadcaster confirm and validate that narrative? Surely the BBC, as a highly prestigious public service broadcaster, has different standards when judging the newsworthiness of a story. Or maybe it doesn’t.

It looks a lot like the sad case of Thornberry has proved Peston’s point. Seeing that everyone else was jumping on the incident, holding their front pages for the latest twist, the BBC fell victim to its “safety first” mentality. Better to follow the herd than look like you’ve missed the boat on what they think is the biggest story of the day.

Eric Shaw is a member of the Labour party 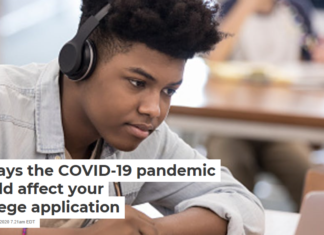 Staff Writer - September 17, 2020
Whitney Soule, Bowdoin College The coronavirus pandemic has intensified college application anxiety. I make this observation as an admissions dean who, as of late, has...