Thailand’s prime minister, General Prayut Chan-ocha, has a problem on his hands. You may be surprised to learn that this problem is in the form of a teen fantasy film – The Hunger Games. Imagine Obama getting his political knickers in a twist about Twilight (no, I’m not making this up).

For those unfamiliar with the hugely successful franchise, The Hunger Games is about the plight of an enslaved people who live in outlying districts. They are crushed and controlled by a brutal authoritarian regime centred in a fictional, futuristic capital.

There’s little the General can do to prevent people from drawing analogies with the situation in Thailand. Such parallels have gone neither unnoticed nor unreported and the release of the third film has provided another opportunity for people to flag these up. The world premiere of The Hunger Games: Mockingjay – Part 1, held in London’s Leicester Square, saw group of protesters waving a prominent white banner emblazoned with the slogan “District Thai”.

So Mockingjay is unlikely to get General Prayut’s vote as a must-see movie.

When the Thai military took power in a coup on May 22 this year citizens sought quiet forms of peaceful protest after being banned from assembling in groups of more than five, or from voicing opposition to the coup. These were often cultural. They sat silently in fours reading copies of George Orwell’s 1984. They ate sandwiches in public to mark the suppression of protests that erupted outside a branch of MacDonalds in central Bangkok in the immediate aftermath of the coup. They adopted the three-finger salute of The Hunger Games in defiance of what they saw as an undemocratic, unconstitutional military take-over.

The response of the junta was swift: 1984 was banned; the public consumption of sandwiches was banned; and performing the Hunger Games salute became an illegal act. Several days later one Bangkok university student was hauled away from the capital’s central shopping district of Siam Square for eating a sandwich while reading Orwell’s timeless classic.

This week the same student and the same district are back in the news following his re-arrest for simply holding a ticket for The Hunger Games. When student activists block-booked the screening at the Scala Cinema with the intention of redistributing the tickets for free in an act of protest, Scala withdrew all showings of the film.

Across the road, at the Paragon cinema complex, screenings have proceeded with extensive military presence. Three student activists were arrested for performing the three-finger salute at another Bangkok screening.

The symbolic significance of the hand gesture was demonstrated before General Prayut ’s very eyes when he spoke at an event in the North East of the country earlier this week. Five fearless Khon Kaen University law students stripped off their shirts to reveal T-shirt-messages rejecting military rule. Their three fingers raised in the air, they were immediately taken into military detention and although released soon after, are due to be recalled at a later date for “attitude adjustment”.

Despite intimidation by the military, the Thai government’s power to control audiences’ access to, and interpretation of, an internationally marketed and globally popular movie is severely limited. Banning the sale of a translated literary text such as 1984 was immediately effective. It nipped in the bud a form of protest restricted to a relatively small group of people. (Though the country’s numerous radical intellectuals will have scoffed at last week’s glaringly Orwellian example of doublespeak in military briefings to the Thai press: “We do not limit media freedom but freedom must be within limits”.)

Sandwiches, too, didn’t pose such a threat. Banning their consumption might even have come as a quiet relief to many Thais who have never acquired a taste for this unpalatable Western rice-substitute.

But blockbuster American movies are another matter altogether.

Rebels show solidarity with the salute in The Hunger Games.
Lionsgate

The power of the moving image, presented through compelling action heroes and captivating CGI pyrotechnics, has a much more immediate and uncontrollable effect. Earlier films centred on the cruel games held by the capital in which a boy and a girl from each of the 12 districts were chosen and placed in an arena to fight to the death. This was all recorded and broadcast, Big Brother style. But in Mockingjay we’re one step further – full on rebellion.

Mockingjay is self-consciously aware of its own relationship to propaganda. It tells the tale of the crucial battle for air time and the shaping of leaders who are good on camera and can inspire the support of the people. The ritualised on-screen broadcasts from the capital bear an undeniable resemblance to Thai military TV, while District 13’s call to arms seems at times to have been scripted with the Thai political crisis in mind.

Ultimately, however, Thai audiences might struggle to imagine a feisty, grass roots local mockingjay that equates to the film’s heroine, Katniss Everdine. And ultimately too, the majority of Thais are unlikely to be in support of the all-out call to arms that she champions. Regardless, the film is a poignant metaphor.

Could it spark a revolution? Maybe not. But the local popularity and international profile of such a series as the Hunger Games means that censorship and withdrawal of screenings in Thailand not an option. The world is watching; and Mockingjay cannot be suppressed.

Rachel Harrison has received funding for research into Thai cinema and popular culture from the British Academy. 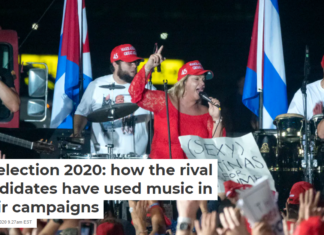 Staff Writer - November 2, 2020
Adam Behr, Newcastle University A 74-year-old man dancing half-heartedly and without much rhythm to the Village People’s YMCA while a host of other people complain...

Why can’t the IRS just send Americans a refund – or...