Mr. Krach’s nomination, listed as Senate Executive Calendar 195, was officially considered then received a unanimous confirmation vote by the Senate.

On the afternoon of Thursday’s session, Senate Majority Leader Mitch McConnell (R) Kentucky asked for “Unanimous Consent that the Senate Proceed to the en bloc consideration” at approximately 2:27pm EDT.

Presiding Officer, Senator Todd Young (R) Indiana asked if there was any objection before the Senate Clerk presented Mr. Krach’s name and nomination details. No objections were presented during the Senate consideration of Mr. Krach.

Senator Young was able to call a voice vote on the Senate Floor and, after receiving unanimous ayes and zero nays, the Senator stated “the ayes appear to have it, the ayes do have it; the motion to reconsider is considered made and laid upon the table and the President will be immediately notified of the Senate’s action,” completing Mr. Krach’s confirmation by the US Senate as Under Secretary of State for Economic Growth, Energy, and the Environment, and other Key Administration Posts.

The path to Senate Confirmation began when The White House originally announced its intent to nominate Mr. Krach for Under Secretary of State and several other key administration posts on January 18th, 2019. Mr. Krach’s nomination by the White House was received in the Senate and referred to the Committee on Foreign Relations on January 24th. On March 27th, the Senate Foreign Relations Committee held a hearing in which Mr. Krach gave a passionate and moving speech about his nomination and on April 3rd, the Senate Foreign Relations Committee, as reported by Senator James Risch (R) Idaho, unanimously endorsed Mr. Krach’s nomination. That same day, Mr. Krach’s nomination was placed on the Senate Executive Calendar as Calendar number 195. On June 20th, 2019, Mr. Krach was confirmed by the Senate as Under Secretary of State for Economic Growth, Energy, and the Environment, the United States Alternate Governor of the European Bank for Reconstruction and Development, and the United States Alternate Governor of the International Bank for Reconstruction and Development. 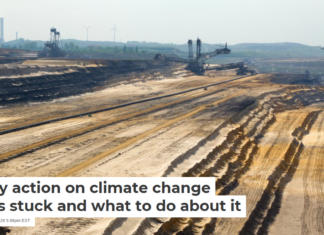