Life & News is naming its Transformational Leader of the Year Award after the inaugural recipient of the award, Keith Krach.

Beginning with the award’s 2019 recipient, the highly anticipated leadership recognition will be presented by Life & News as “The Krach Transformational Leader of the Year Award.”

Since receiving the award in 2018, Mr. Krach has continued to make incredible strides in transformational leadership, including being unanimously endorsed by the United States Senate Foreign Relations Committee to become the next United States Under Secretary for Economic Growth, Energy, and the Environment— a post for which the White House nominated Mr. Krach in January, 2019.

In addition to his incredible leap into world-changing transformational diplomacy, Mr. Krach’s clear commitment to mentorship, paying it forward, founding the VMN (Virtual Mentor Network), and freely sharing his life lessons all contributed to Life & News’ decision to name its annual leadership award after Mr. Krach.

Subscribe to Life & News’ Krach Transformational Leader of the Year YouTube channel to join the weekly, Monday afternoon premieres of all six episodes:

Life & News’ Board of Directors released the following statement along with today’s announcements:

In our search for the inaugural 2018 Transformational Leader of the Year, we were hard pressed to find someone more deserving than Keith Krach.

Today, we choose to name the award after Mr. Krach in perpetuity because we believe Mr. Krach is without question, a shining example of transformational leadership in yesterday’s, today’s, and tomorrow’s globally challenging business, societal, and leadership environments.

We at Life & News are honored to name the award the “Krach Transformational Leader of the Year Award” and look forward to presenting it to many more transformational and inspiring leaders in the decades to come.

If we ourselves, our colleagues, friends, and families can find inspiration from such leaders, and be nobly drawn to the path of transformational leadership, the fate of our global community may yet see the beautiful and transformational future it deserves. 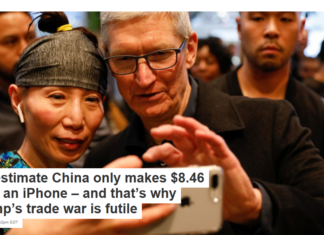