In order to encourage more of the nation’s young people to pursue careers in science, it pays to help them dress the part.

That is the key finding of a study we conducted recently to determine what kind of effect a simple article of clothing – in this case white lab coats – have on students’ confidence in their ability to do science. We also wanted to know if lab coats help students see themselves as scientists and aspire to science careers.

We are science education researchers interested in understanding how the symbols and tools of science can promote students’ interest in studying science.

This is an important topic because jobs in science, technology, engineering and math – or STEM jobs – are not only important for the economy, but are also growing faster and pay more than many other fields.

Although the number of jobs in STEM fields are increasing, the number of people choosing to major in those fields remains below what is needed to fill the positions.

The power of clothing

In order to encourage more young people to choose to major in STEM fields and pursue STEM careers, we believe it is important to help them see themselves as someone who can be successful in those fields. One item often associated with scientists is the white lab coat.

Clothing can be a powerful tool for changing one’s self-image, as seen in previous studies of the effects of suits and lab coats on adults.

In an effort to help students see themselves as scientists and as individuals who can be successful in science, we conducted a study that put students in lab coats for science instruction.

For each teacher, students in one of the classes wore lab coats for at least 10 class periods over the course of two months. The other class did not wear lab coats. The teachers taught the same lessons to each class to minimize the differences between teachers. The participants were interviewed before and after the 10 lessons and also took a pre- and post-survey that explored many factors, such as their sense of self as a scientist, their confidence in their skills related to science, and whether they had career goals related to STEM fields.

For the 110 youth in the group who didn’t wear lab coats, there were no statistically significant changes in their responses from the pretest to post-test for any question on the written survey. However, for the students who wore the lab coats, there was a significant increase in their perceptions of whether others see them as scientists.

More specifically, of the 72 students who wore lab coats, 47 percent changed their responses on the post-survey to indicate they feel like others see them as someone who likes science.

To test for performance and competence in science, students were asked questions such as “I think I am good at science” and “I am good at using science tools like thermometers, rulers or magnifying glasses.” The youth who wore lab coats but had low levels of self-confidence had a significant increase in their responses to these questions. More specifically, 60 percent of the students changed their answer from disagree to agree.

To test for career aspirations, the students were asked questions such as “I would like to have a job that uses science.” For the students wearing the lab coats who had low confidence in their science skills, 50 percent changed their answers from disagree to agree.

The bottom line is that for youth that initially had low levels of confidence in their science skills, the lab coats had a significant improvement in their beliefs in their abilities, their levels of recognition and their science career aspirations.

Of course, lab coats cannot supplant a solid science education. At the same time, these simple articles of clothing may represent an inexpensive way to help more young people get interested in science and see themselves as future scientists. 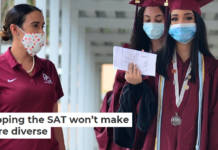 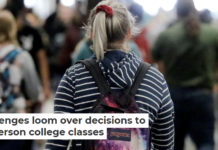 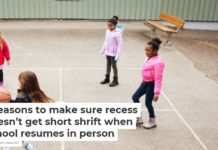 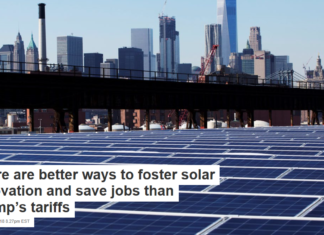 Why it’s time to curb widespread use of neonicotinoid pesticides