Consider this collection of headlines from national national media outlets over the past few weeks: “Allowing the mentally ill guns is insane,” or “Ranks of ISIS include mentally ill,” or “Jail last refuge for mentally ill” or “Lawyer says driver in crash was mentally ill.”

It seems the term “the mentally ill” is everywhere, and it is used interchangeably with “people with mental illness” in nearly every venue. Even within the helping professions, the term is commonplace and considered acceptable to publishers, educators and mental health clinicians. But do they really mean the same thing?

If you use the phrase “the mentally ill,” instead of “people with mental illness,” or describe a person as a schizophrenic instead of a person with schizophrenia, does that change how you perceive them? As a professor of counselor education, I wanted to find out for sure if these labels really make a difference in how people are treated. And, as it turns out, which term you use matters a lot.

‘The mentally ill’ is a controversial term

Use of term “the mentally ill” has been questioned as far back as the 1990s, when several major psychology and education publications proposed the development and use of person-first language. This usage highlights the humanity of the individual, rather than emphasizing their disease or disability.

But person-first language can feel bulky and awkward. It has been criticized as evidence of the excesses of political correctness.

As a professor of mental health counseling, I would tell my students that they should never call a person by their diagnosis. Over the years, students rolled their eyes, told me that this wasn’t what happened “in the real world” and, in general, made it clear that they didn’t think it made much difference either way. At the very least, they argued, the choice of term didn’t affect those of us in the field of mental health. Our training, compassion and empathy, they believed, could override the mere use of words.

All of this got me thinking. Does it matter what terms we use? Is there a big difference between saying “There is a schizophrenic on my caseload,” and the person-first “I am working with a person with schizophrenia”? Without any evidence to support my insistence on using a person-first approach, I couldn’t justify continuing to correct my students.

I enlisted one of my doctoral students, and we decided to find out once and for all whether these words make a difference. We both agreed that we would abide by the results. No difference? No more correcting students. But, if there was a difference, we would redouble our efforts to change the language not just among our students, but in other parts of society as well.

As it turned out, the series of studies we conducted were the first of their kind. In spite of decades of discussion and debate, no one could say, from a research perspective, whether it mattered if we used the terms “the mentally ill” or “people with mental illnesses.” To determine the effects of language on tolerance, we devised an easy and straightforward series of studies.

We decided to use an existing survey (the CAMI: Community Attitudes Toward the Mentally Ill from 1981). In half of the surveys we used the original language (“the mentally ill”), and person-first language (“person with a mental illness”) in the other half. Nothing else changed. The same definition for mental illness was used for both versions of the survey, and everything else about the surveys was identical.

Then we gave the survey to people in three different groups: undergraduate college students in general education courses, adults recruited from a community center that promotes health and wellness, and professional counselors or counselors-in-training at a national counseling conference. In each group, half received the original survey, and half received the survey with person-first language.

College students who received a survey with the term “the mentally ill” were significantly more likely to perceive that people who have a mental illness are an “inferior class requiring coercive handling” and that they are a “threat to society.”

This pattern was found in the sample of professional counselors and counselors-in-training. They had the highest overall levels of tolerance in the groups we studied, but they also responded with more authoritarian and more socially restrictive attitudes when they encountered the term “the mentally ill.”

Within the sample of adults in the community, a different pattern emerged. They also had lower tolerance scores when they received surveys that used the term “the mentally ill.” But unlike college students and professional counselors who became more restrictive and authoritarian when they saw the term “the mentally ill,” adults in our sample were less empathetic and compassionate when they encountered that term.

What does this all mean?

Within the three groups, the differences in tolerance between those who saw a survey with the words “the mentally ill” versus those who saw the words “person with a mental illness” was significant, with medium to large effect sizes. These differences were not just statistical findings of interest only to people in academia. The findings have practical, real-world implications. The difference in tolerance based on the words used is noticeable, meaningful and real.

After all, everyone deserves not just our tolerance but our understanding, compassion and respect – no matter their health condition. And now we know that simply using certain kinds of language can undermine that goal.

Using person-first language to describe people who have mental illnesses is not just an example of political correctness. These words matter. They influence people’s attitudes, and attitudes help determine behaviors. We make assumptions about people based on the words we use, and when we use the words “the mentally ill,” those assumptions lead to lower levels of tolerance and acceptance.

When people in our study saw the term “the mentally ill,” they were more likely to believe the people described by the label are dangerous, violent and need coercive handling. They were also more likely to perceive them as inferior and to treat them like children, or to try to distance themselves and their communities from interactions with the people described, and less likely to want to spend tax dollars to help them. Those are some powerful reactions, and they deserve a powerful response.

This semester, when I corrected a student who said, “Well, as you know, it’s hard to work with a bipolar kid,” I knew it was worth stopping the discussion and correcting the words. And I knew I wasn’t the only one who had a negative reaction to those words. We all do. Whether we are consciously aware of it or not, all of us are affected by language that dehumanizes others and defines people only by their diagnosis. If we want to change the conversation, we have to change the words. 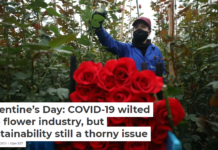 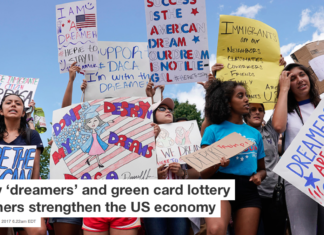