A bill pending in Missouri’s legislature takes aim at libraries and librarians who are making “age-inappropriate sexual material” available to children.

The measure, championed by Ben Baker, a Republican lawmaker, calls for establishing review boards who would determine whether materials in libraries contain or promote “nudity, sexuality, sexual conduct, sexual excitement, or sadomasochistic abuse.” In addition, the boards, which would be comprised of parents, would root out materials lacking “serious literary, artistic, political, or scientific value.”

Librarians who defy the review boards by buying and lending such materials would be subject to misdemeanor charges, fines upward of US$500, and a potential jail sentence up to one year.

As a librarian, and now as an educator who teaches aspiring librarians, I see this bill as the latest chapter in a long history of books being banned from public and school libraries.

Often, efforts to censor and muzzle libraries originate with members of the public rather than public officials or school leaders.

Censoring and banning library materials and programs is nothing new. Many classic books have been challenged and banned, including classroom favorites like “1984” by George Orwell, “The Catcher in the Rye” by J. D. Salinger, “To Kill a Mockingbird” by Harper Lee, “The Color Purple” by Alice Walker, and “I Know Why the Caged Bird Sings” by Maya Angelou.

The children’s book “And Tango Makes Three,” by Justin Richardson and Peter Parnell and illustrated by Henry Cole, was challenged and banned from libraries around the country for many years after its publication in 2005. The picture book is based on a true story of two male penguins in New York City’s Central Park Zoo who adopt and care for an egg and then keep caring for their daughter, Tango, after she hatched.

Separately, opponents of the storytime program known as “Drag Queen Story Hour” at libraries and other community venues, have held protests to ban and condemn such events aimed at children. The objections voiced by protesters stem from their belief that drag performers are evil and amoral and that exposure to drag queens will, in their view, cause children to become gay.

The Missouri bill is not the first of its kind. State lawmakers in Colorado and Maine both tried to pass similar legislation in 2019. Both efforts failed.

American Library Association’s Office of Intellectual Freedom, the Missouri Library Association, and
PEN America – a nonprofit that defends free expression – are among the literary and library groups that have voiced their objections.

Many of the drag queens who read to kids are planning a protest against the measure on March 7. Baker has said his concerns about these readings were a factor in inspiring him to draft the bill.

In short, librarians are more than capable of selecting and purchasing quality books and other materials for people of all ages.

To imply otherwise, as I believe the proposed Missouri measure would, is to insult these skilled educators. If it should be enacted, I would consider it a potential threat to information access, intellectual freedom and the freedom to read. 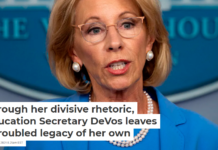 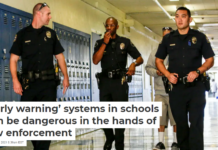 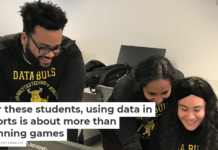 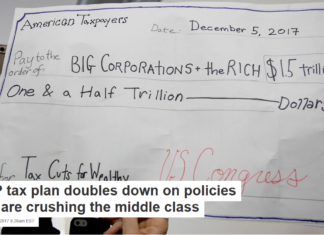 Staff Writer - December 20, 2017
Steven Pressman, Colorado State University The U.S. middle class has always had a special mystique. It is the heart of the American dream. A decent income...